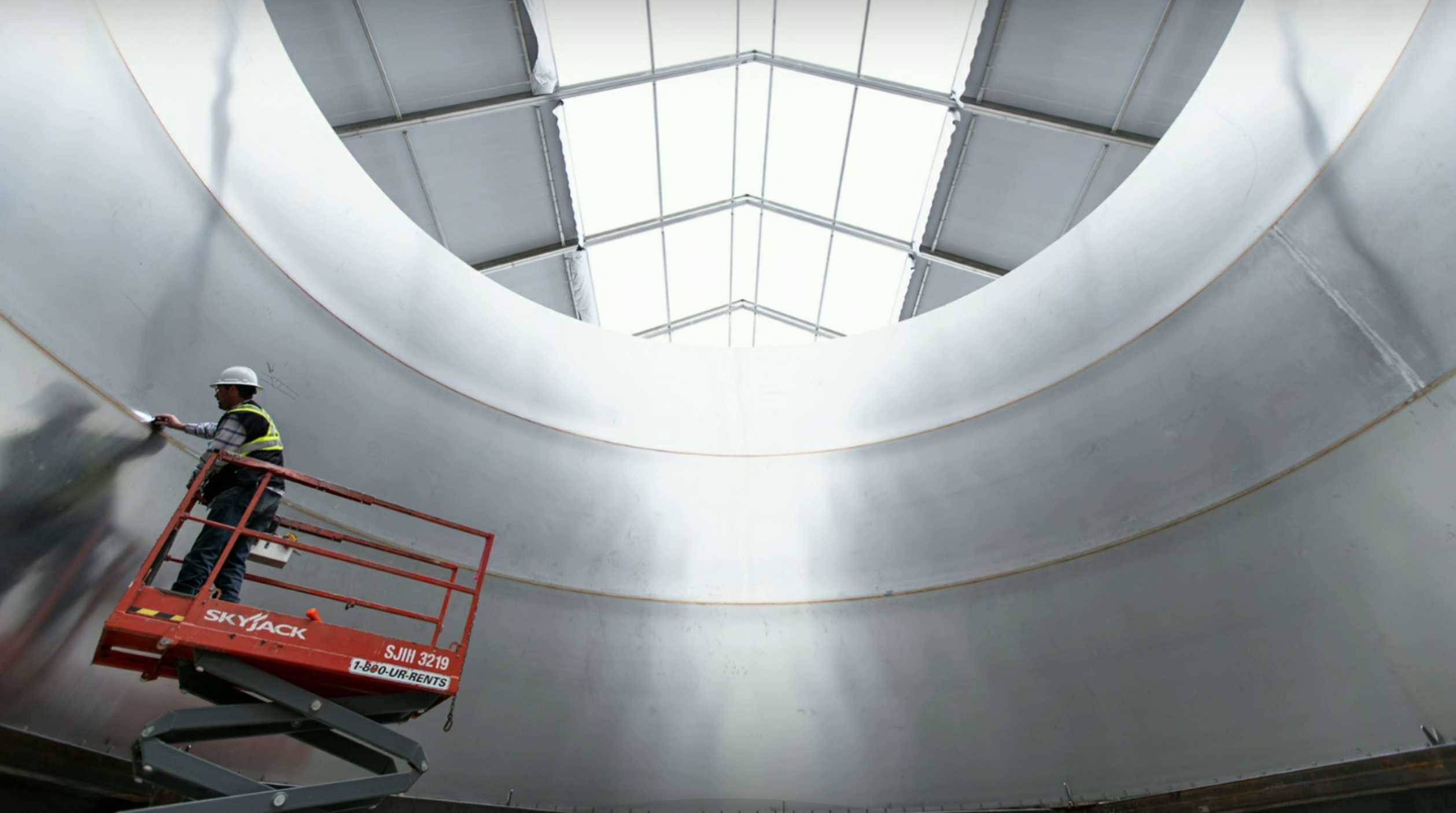 CEO Elon Musk says SpaceX is continuing to tweak the design of Starship and its Super Heavy booster. (SpaceX)

CEO Elon Musk says that SpaceX continues to evolve the design of its next-generation Starship spacecraft and Super Heavy rocket booster, a process of continuous improvement the company has successfully used for a decade.

Designed to place more than 100 metric tons (220,000 lb) of payload into Low Earth Orbit (LEO), Starship would effectively double (and possibly triple) the expendable performance of SpaceX’s existing Falcon Heavy rocket. Critically, it would be able to dramatically outclass Falcon Heavy (and Falcon 9 even more so) in a fully reusable configuration, meaning that both the Starship upper stage and Super Heavy booster could be recovered and reused.

Since SpaceX first publicly revealed its next-generation launch vehicle and Mars ambitions in September 2016, the path to realizing the dream of a fully-reusable super heavy-lift launch vehicle has been decidedly windy. After making the radical decision to move entirely from carbon composites to stainless steel in late 2018, the Starship design has remained relatively similar, coalescing around a specific concept that has matured to full-scale tank tests. Now, Musk says that Super Heavy’s design was tweaked slightly to make the booster even taller than before, while he later noted that Starship’s design also continues to “[evolve] rapidly.”

According to Musk, the Super Heavy booster will be stretched by a steel ring or two, reaching a new height of ~70m (230 ft). In other words, Starship’s first stage alone will measure as tall as the entirety of a Falcon 9 or Falcon Heavy rocket – first stage, second stage, and payload fairing included. Powered by up to 37 Raptor engines, a Super Heavy booster could produce more than ~90,000 kN (19,600,000 lbf) of thrust at liftoff – an incredible 12 times as much thrust as SpaceX’s workhorse Falcon 9 rocket.

Starship, meanwhile, will be a beast of an orbital-class upper stage on its own, measuring at least 50m (165 ft) tall and weighing some 1350 metric tons (3 million lb) fully-fueled. Stacked on top of Super Heavy, a Starship ‘stack’ would reach a staggering 120m (395 ft) and weigh more than 5000 metric tons (11 million lb) once loaded with liquid oxygen and methane propellant.

In simple terms, Starship/Super Heavy should be the tallest, heaviest, and most powerful launch vehicle ever assembled once it heads to the launch pad for the first time. While SpaceX is making great daily progress its ever-growing South Texas rocket factory, built up from next to nothing in a matter of months, it could still be quite some time before that milestone is within reach.

SpaceX’s process of continuously tweaking and improving the design and production of its rockets does typically have that effect. However, it’s more a symptom of the company’s approach to hardware and software development. Instead of working slowly and carefully from nothing to a preconceived finished product, SpaceX typically seeks to design, build, and test the minimum viable product, gradually improving (or entirely replacing) past ideas, designs, and hardware until overarching goals are fully achieved.

With Falcon 9 and Falcon Heavy, this meant beginning with Falcon 1, a dead-simple proof-of-concept rocket. After successfully reaching orbit, SpaceX expanded its Falcon 9 development program, itself focused initially on the minimum viable product – a full-scale expendable rocket. Since Elon Musk founded SpaceX in 2002, the goal has always been to build a fully-reusable rocket – the company has simply chosen the far more sustainable and practical approach of tackling only a select few problems at a time.

The Starship and Falcon development programs aren’t directly comparable but it’s safe to say that Starship is currently still in the very early stages of hardware development. Shortly after revealing Super Heavy’s height growth, Musk noted that Starship’s design is also being tweaked.

Sketching out a rough series of upgrades that could feasibly be made to the reusable spacecraft’s currently design, Musk thinks that Starship’s conical tank domes (and thus Super Heavy’s, too) could be flattened. That might allow an extra ~3m (10 ft) of propellant tank space to be squeezed into the same 50m Starship length, improving performance by simply using the vehicle’s fixed volume more efficiently.

With a nascent factory quite literally churning out Starship hardware, these tweaks are a whole different animal. Thanks to data and insight gathered from testing actual full-scale Starship tanks, up to and including fully-assembled tank sections, SpaceX will be able to guide its continuous improvement with even greater precision, honing in on the next-generation rocket’s orbital launch debut.