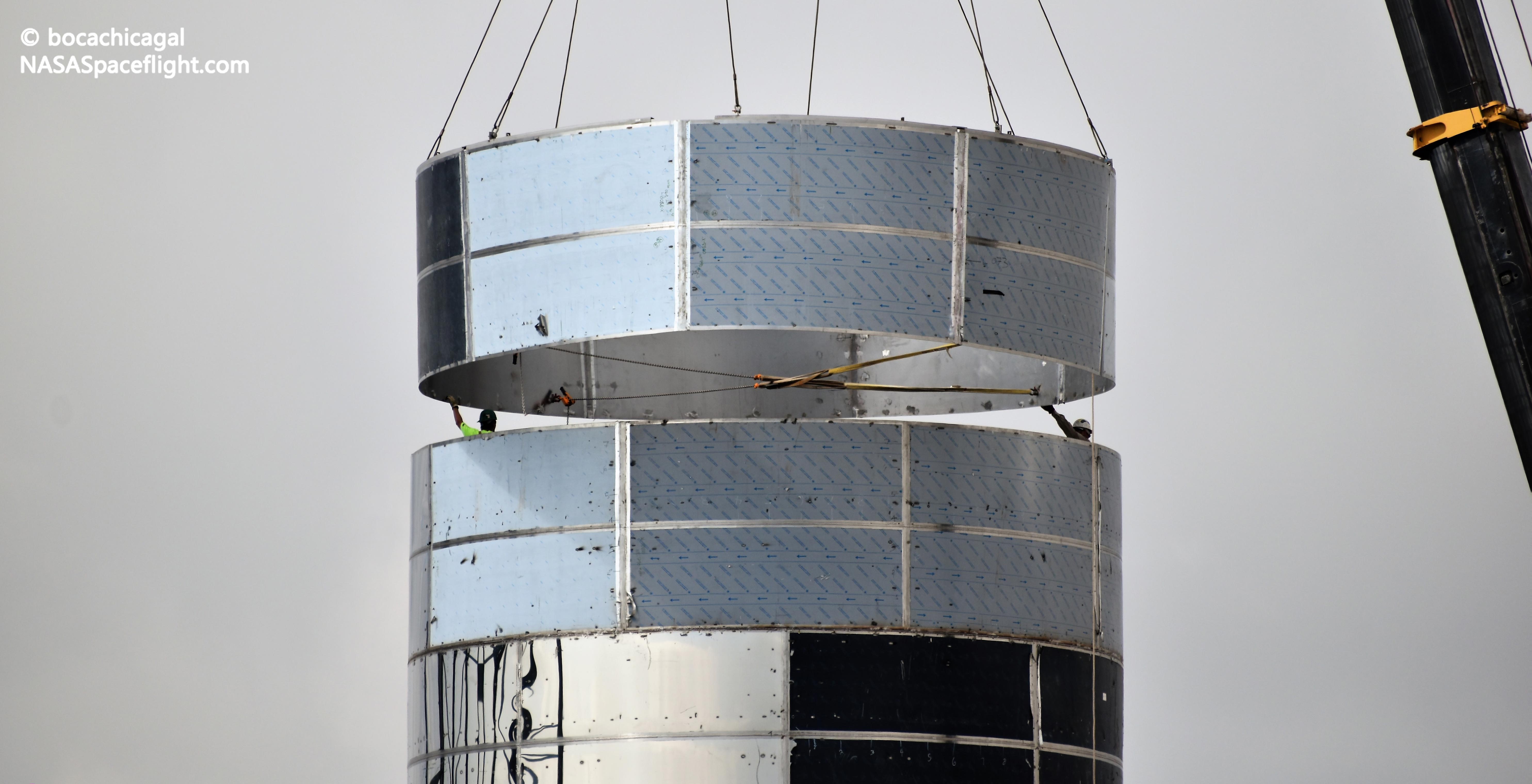 On September 14th, South Texas SpaceX technicians lifted Starship Mk1’s third and final tank dome and began to attach it atop the prototype’s steel tank section, this time making use of a new method of integration.

This progress comes just two weeks before CEO Elon Musk is expected to present a detailed update on Starship’s newest design iteration. Musk is hopeful that – come his September 28th presentation – Starship Mk1 will be nearly complete and ready for its inaugural flight, a milestone that could come as early as October 13th according to Starship documents filed with the FCC.

This latest installation is likely either the last ring (or nearly so) to be stacked on top of Starship Mk1, paving the way for the eventual attachment of the spacecraft’s conical nose section and the fleshing out of its many internal subsystems and aerodynamic control surfaces. This particular milestone involved the attachment of Starship’s third and final tank bulkhead – in this case, the upper dome of the prototype’s liquid oxygen tank. Excluding hardware that might eventually be installed on the dome itself, this means that Starship Mk1’s tank and engine section has essentially been ‘topped off’.

As previously estimated by the author, this particular tank dome installation – the fifth completed by SpaceX’s Mk1 and Mk2 Starship teams – was done in a manner thus far unique. All previous installations have seen SpaceX technicians lower the domes – completed aside from one vertical weld for flexibility – inside the Starship’s cylindrical tank section. The steel domes are then carefully spot-welded to the side of the tank in their proper place – all while being supported by a large crane – before technicians can complete a seamless ring weld around their entire circumference.

This time around, SpaceX welded the upper tank dome to its companion ring section while both elements were still staged on the ground. Once the dome was completely welded to the steel ring and a dome cap was installed to seal off the top, the ring segment was craned atop Starhip Mk1 on September 14th. It’s possible that this was planned all along for each Starship’s third and final tank dome, but the way CEO Elon Musk has previously described SpaceX’s semi-competitive Mk1 and Mk2 builds suggests that it may instead be a new assembly strategy that evolved in just the last month or two.

Instead of having to do the work of fitting, attaching, and ring-welding the bulkhead to Starship’s tank section 50-100 feet above ground, with all the associated rigging, scaffolding, and challenges such a work environment demands, technicians were able to do the majority of that work at ground-level. This method seems to offload the added challenge of dome installation to the vertical ring installation process, effectively merging the two processes into one much simpler (and safer) feat.

The fact that Starship Mk1’s tank section has now been capped (aside from several small access ports) indicates that all large, plumbing-related components have been installed inside the steel prototype. Up next for Starship Mk1 is the installation of its landing legs/fins/wings (at least two of which have already arrived on-site), canards, and a variety of smaller additions like valves, thrusters, ground connection points, and much more.