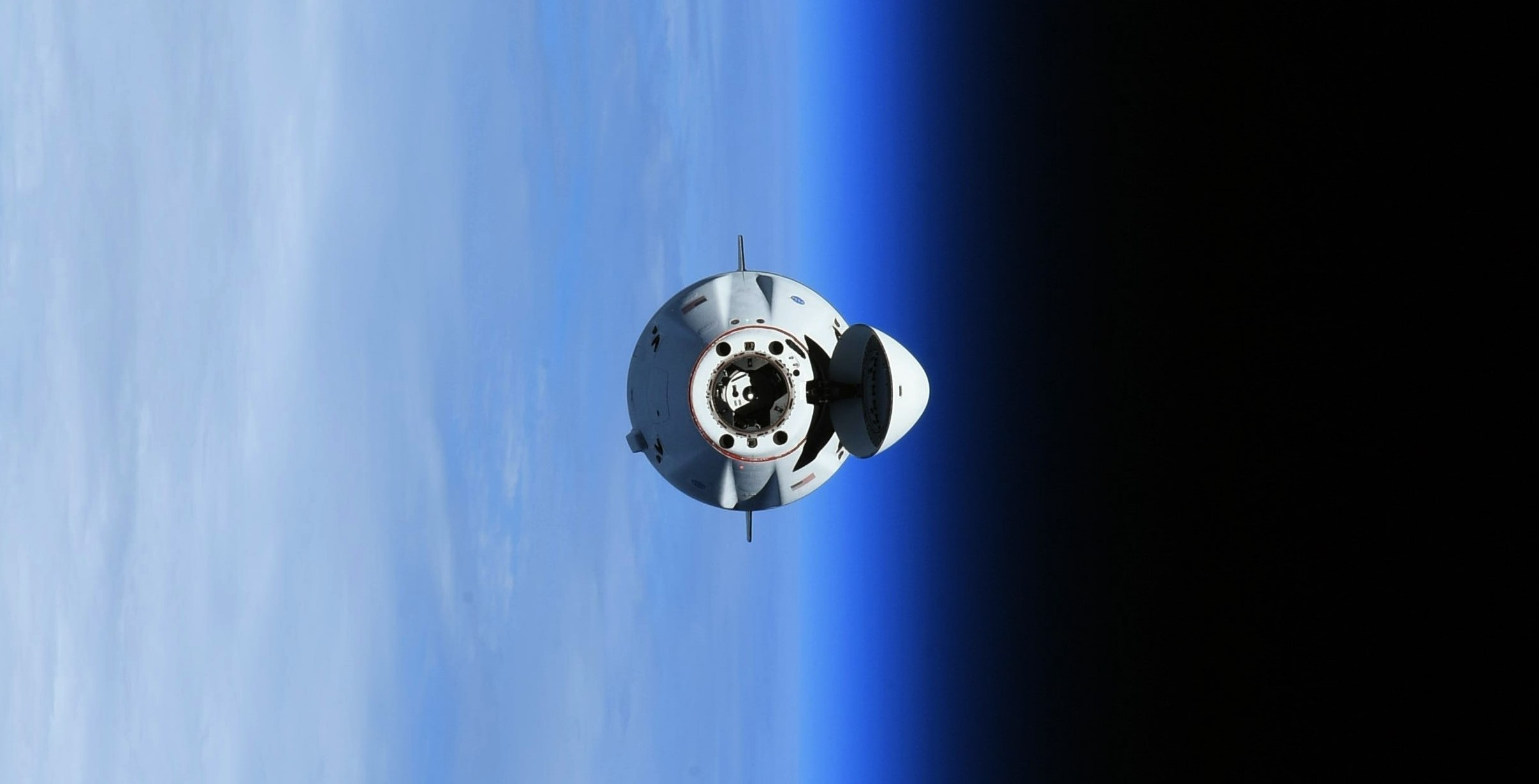 For the fourth time in nine months, SpaceX has docked a Dragon spacecraft to the International Space Station with a second Dragon already present at the crewed orbital laboratory.

Launched Saturday on a Falcon 9 rocket after a one-day weather delay, SpaceX’s first upgraded Cargo Dragon 2 spacecraft gradually boosted and tweaked its orbit over the course of ~30 hours, looping around the Earth 20+ times before docking with the ISS more than half an hour ahead of schedule. Dragon’s Monday, August 30th arrival marked cargo capsule C208’s second space station docking in nine months, smashing SpaceX and the world’s turnaround record for a reusable orbital space capsule – of which Dragons are the only still flying.

SpaceX’s first twice-flown Crew Dragon was there to greet the first twice-flown Cargo Dragon 2 spacecraft when it docked, having spent the last four months in orbit in support of NASA’s second operational commercial crew mission (Crew-2). A similar instance of a pair Dragons meeting in space is likely to occur at least two more times before the end of 2021.

The first two-Dragons-one-ISS instance occurred just nine months ago when the very same Cargo Dragon 2 spacecraft (capsule C208) rendezvoused and docked with the ISS with SpaceX’s Crew-1 Crew Dragon already attached. At the time, in a number of press conferences and public statements centered around the launch of Crew-1 and CRS-21, SpaceX repeatedly hinted at just how prolific a year 2021 would be for Dragon and it’s hard to argue that the company was exaggerating.

Indeed, exactly as SpaceX foretold, Dragon spacecraft have maintained a continuous presence in orbit and repeatedly operated side by side at the ISS since Crew-1’s November 2021 launch. For the majority of NASA’s Commercial Crew Program development, that degree of continuous, single-provider operations was never meant to happen. SpaceX’s upgraded Cargo Dragon, for example, is one of two independent Commercial Resupply Services (CRS) spacecraft that regularly resupply the space station, ensuring redundancy in the event that one spacecraft or rocket runs into major issues. A third CRS vehicle – Sierra Nevada’s Dream Chaser spaceplane – will also begin cargo deliveries sometime next year.

NASA’s Commercial Crew Program was structured in the same way, with Boeing and SpaceX serving as two redundant crew transport providers. Of course, things didn’t go exactly according to plan and Boeing – despite receiving 60% (~$2B) more funding than SpaceX – has suffered numerous catastrophic issues in recent years, nearly dooming its Starliner spacecraft’s first uncrewed launch in December 2019 and ultimately delaying the company by two or more years.

After further issues delayed Starliner’s uncrewed do-over test flight (OFT-2) from August to late 2021 or early 2022, it’s entirely possible that SpaceX will operate as NASA’s sole crew transport solution for more than 18 months before Boeing flies a single astronaut. In other words, it’s likely that SpaceX will need to maintain the extraordinary cadence of Dragon launches demonstrated in 2021 well into 2022, and possibly even 2023. Since November 2020, SpaceX has launched three Cargo Dragon 2 resupply missions and eight astronauts on two Crew Dragons.

Another two NASA Dragon missions – Crew-3 and CRS-24 – are scheduled to launch in October and December 2021 and SpaceX’s first fully private Inspiration4 Crew Dragon launch could happen as early as September 15th. So long as Boeing’s Starliner is unable to fulfill its crew transport role, all future SpaceX Crew and Cargo missions for NASA – including Crew-3 and CRS-24 – will continue to see one Dragon meet another at the ISS. All told, barring possible delays to CRS-24, SpaceX is on track to launch eight Dragons – four Crew and four Cargo; 16 astronauts and 11 tons of space station supplies – in 13 months.

If Crew Dragon and Cargo Dragon 2 are considered to be two variants of the same Dragon 2 spacecraft, the only other instance in history where another orbital spacecraft came close to eight successful orbital launches in ~13 months was NASA’s Gemini Program, which completed eight crewed test flights in ~14 months in 1965 and 1966.

NASA’s Apollo spacecraft also completed six successful flights (5 crewed, 1 uncrewed) in 13 months in 1968 and 1969. Russian Soyuz vehicles – the most prolific crewed spacecraft in history – have also successfully flown 8 times in 13 months and 9 times in 14 months in the 1970s. Put simply, SpaceX’s Dragon program is now singlehandedly executing at or above the level of the two most prolific national space programs in history at funding peaks that haven’t been touched since and for a fraction of the cost.