As widely reported yesterday, SpaceX and Elon Musk have confirmed that the launch of BulgariaSat-1, initially scheduled for June 19, is being realigned to Friday or Saturday to allow SpaceX to replace a leaking valve inside the payload fairing. Musk reiterated that the second redundant valve was functioning perfectly, but tempered that fact with an abundance of caution.

BulgariaSat-1 was initially scheduled to launch on June 17th, but was delayed while the pad continued to be prepared after the launch of CRS-11 fourteen days earlier.

The current delay to the 23rd or 24th will very likely also push back the July 1st launch of Intelsat 35e. There are already semi-official hints that that launch has been delayed to no earlier than July 4th. While this may slightly muddy the waters of the weekly launch cadence SpaceX was preparing for, it also opens the door for an even more intriguing accomplishment: two launches in either 24 or 48 hours. Throughout the delays of BulgariaSat-1, the launch date of Iridium-2 has remain stoic and is still planned for June 25th, with a static fire on the 20th. While the stability of Iridium-2’s West coast launch already began to tickle the imaginations of SpaceX’s ardent fans, the public announcement that the upcoming weekend could feature a launch “double-header” all but confirmed that SpaceX already has at least two completely independent launch teams. There’s been speculation that SpaceX will conduct weekly launches once the company has reactivated LC-40 at Cape Canaveral. Having redundant launch teams would be an absolute necessity for that to actually occur, with each pad currently taking an average of two weeks to be readied between launches.

With a public acknowledgement that SpaceX is even willing to consider two launches within 48 hours, let alone officially schedule those launches with confidence, speculation of weekly launch cadence has been all but confirmed as a likely reality for SpaceX in the near future. Possibly even more exciting is SpaceX’s unspoken confirmation that they could functionally conduct two launches in as little as 24 hours, an accomplishment that could garner the company’s oft repeated goal of a 24 hour launch cadence with incontrovertible evidence that SpaceX is dead serious about making that happen in the very near future. 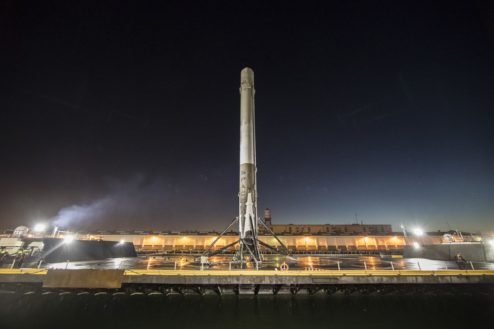 A Falcon 9 first stage recovered after the successful launch of the Iridium NEXT-1 mission. (SpaceX) 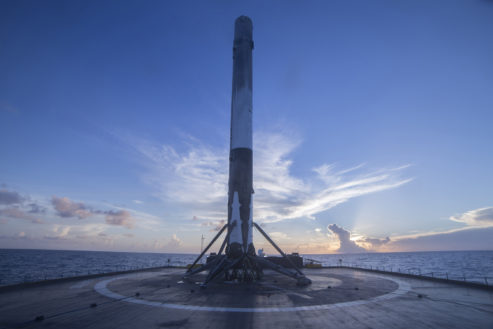 and an East Coast recovery.

All things considered, the upcoming weekend and the week following are looking to be even more exciting and historic than I had previously hoped. Two launches and first stage recoveries in as few as 24 hours would be a truly remarkable accomplishment for SpaceX, and you can expect much more coverage on Teslarati as events unfold.