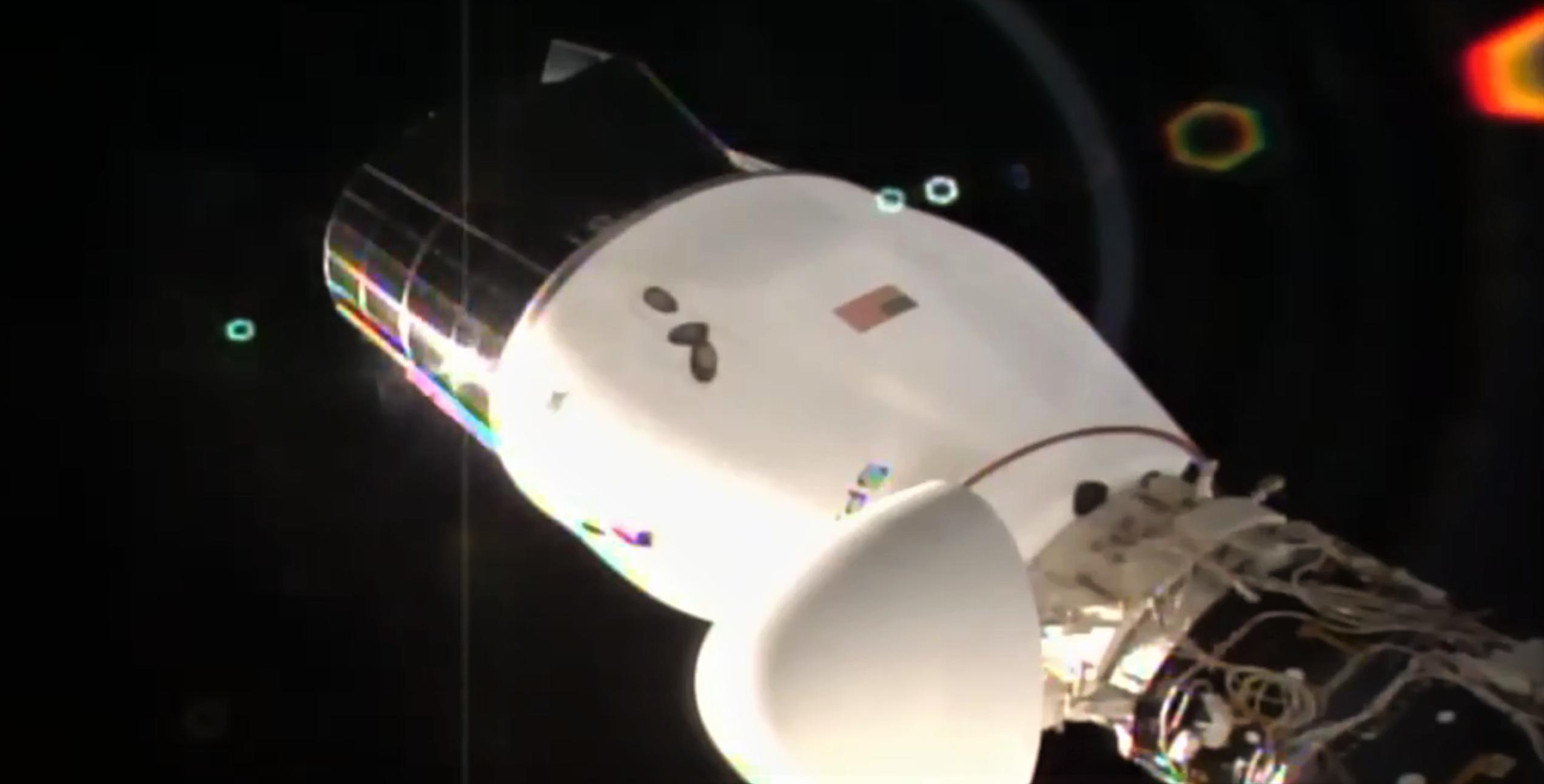 SpaceX's upgraded Cargo Dragon is set to depart the ISS for its first reentry and splashdown later this week. (Roscosmos - Sergey Kud-Sverchkov)

Update: The first undocking, orbital reentry, and splashdown of SpaceX’s upgraded Dragon 2 cargo spacecraft was aborted by NASA ground controllers minutes before the process was scheduled to begin. According to NASA, weather in the preferred recovery zone – off the coast of Daytona Beach, Florida – was to blame.

“As a result of adverse weather conditions at the targeted splashdown zone off the coast of Daytona Beach, Florida, SpaceX has waved off today’s planned departure of an upgraded SpaceX Dragon resupply spacecraft. Teams are currently assessing weather conditions to determine the next opportunity for undocking.”

The uncrewed Dragon capsule (known as C208) and its expendable trunk section are currently scheduled to depart from the ISS no earlier than the morning (EST) of January 12th – set to be the first time an uncrewed US cargo spacecraft autonomously undocks from the orbital outpost. Previous US cargo vehicles – including SpaceX’s own Cargo Dragon – have relied on berthing, rendezvousing with the ISS and hovering close by while a giant robotic arm was used to capture and secure each spacecraft.

Cargo Dragon 2 wont be the first outright to do so: the uncrewed European ATV and Russian Progress vehicles both used the Russian Docking System (RDS) to deliver cargo to the ISS over the last two decades. However, Dragon’s CRS-21 departure will be the first time an uncrewed cargo spacecraft completes a full mission with the help of NASA’s new International Docking Adapter (IDA), as well as an IDA’s third round-trip use ever.

In fact, SpaceX is solely responsible for the four total uses of the Space Station’s twin IDA ports – both fittingly delivered by Cargo Dragons in 2016 and 2019. In March 2019, Crew Dragon – flying without astronauts on its Demo-1 mission – became the first spacecraft ever to autonomously dock with and undock from an IDA port. In May and August 2020, a separate Crew Dragon spacecraft repeated the feat, autonomously docking and undocking with two NASA astronauts onboard.

In November 2020, SpaceX launched Crew Dragon on its first operational ferry mission with four astronauts. The spacecraft safely docked to the ISS and is scheduled to remain there until at least March or April 2021. Most recently, SpaceX launched its first Cargo Dragon 2 on December 6th, 2020, and the spacecraft docked without issue a day later. Now scheduled to undock as early as January 12th, a successful departure, reentry, and splashdown will truly mark the start of a new era of autonomous SpaceX spacecraft.

Used to support refrigerated or otherwise power-intensive cargo, Cargo Dragon 2 features twice as many “powered lockers” as its predecessor and is scheduled to return an impressive ~2360 kg (5200 lb) of cargo – including dozens of science experiments – to Earth. More than a decade after Dragon became the first private spacecraft to successfully reenter Earth’s atmosphere, Cargo Dragon is still the only spacecraft in the world capable of delivering substantial cargo from Earth to orbit and from orbit to Earth.

After detaching from its expendable trunk section and reentering Earth’s atmosphere, Cargo Dragon C208 will also become the first cargo spacecraft to splash down in the Atlantic Ocean or Gulf of Mexico thanks to SpaceX’s decision to consolidate its California and Florida Dragon recovery operations on the East Coast.

Also used to recover Crew Dragons, SpaceX ship GO Searcher departed Port Canaveral for its central role in CRS-21’s imminent splashdown. Once Cargo Dragon C208 splashes down at one of four available recovery zones, SpaceX recovery teams will grab and secure the spacecraft and open its hatch. Uniquely time-sensitive cargo can then be transferred to a waiting helicopter for an unprecedentedly rapid return to researchers back on land,