Plenty of work lies ahead of both companies, but progress abounds

Amidst a seemingly relaxed July for SpaceX, the company has been working intently with NASA to prepare for its first Commercial Crew mission in as few as seven months. NASA’s combination of strict technical requirements and partial flexibility with the famously fast-moving aerospace company have resulted in a collaborative environment that Elon Musk recently deemed beneficial to the company.

As NASA works with the company to ensure that Dragon 2 is as safe as realistically possible, SpaceX has begun several rounds of advanced testing and training. NASA astronauts are in the process of learning how to operate Dragon 2, and a near-production version of the vehicle’s control software and hardware has been integrated to allow for accurate simulations as practice. Meanwhile, Department of Defense personnel that will be tasked with recovering Dragons and crew from the ocean have begun developing those procedures with a mockup capsule. 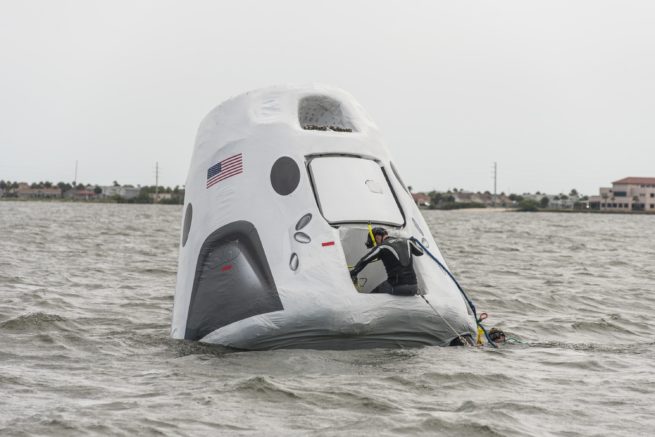 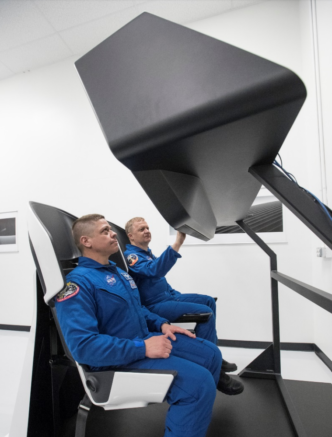 NASA astronauts utilizing the Dragon 2 simulator as they practice for the first crewed launch in June 2018. (SpaceX) 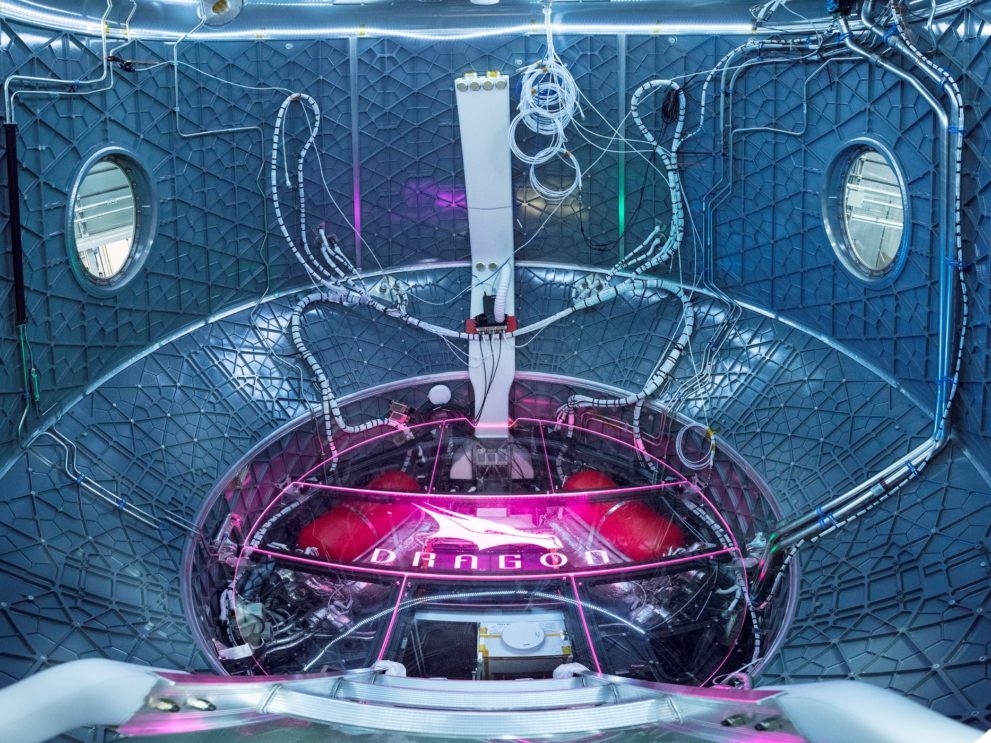 At SpaceX’s Hawthorne manufacturing facilities, four separate Crew Dragons are in different states of assembly. While one of those vehicles is intended solely for qualification testing, the three remaining Dragons will respectively launch into low Earth orbit throughout the course of 2018, assuming schedules remain firm. Structural testing and verification of the qualification Dragon was completed as of July 24th, and the first flightworthy Dragon has undergone testing of its pressure vessel to ensure that there are no leaks.

Looking forward to launching @NASA astronauts to the International Space Station next year!https://t.co/qoLtTEP4L8

Deemed Demo-1 in relation to the first flight of Dragon being Demonstration Flight 1, SpaceX workers are almost ready to integrate the service section and pressure vessel compartments. The pressure vessel is better known as the crew compartment, while the service section is where all the necessary flight and life support systems are contained. Dragon’s “claw” – used to grab hold of the ISS upon docking – and engines have also passed qualification tests.

Possibly the most exciting of all, SpaceX has conducted the first pressurized tests of its in-house space suits with NASA crew members. While non-insiders have yet to catch a glimpse of the company’s suits, those lucky enough to have stolen a glance have indicated that they look awesome. As the company progresses to actual vacuum testing of the suits, fans can likely look forward to a reveal. While we don’t yet have a view of SpaceX suits, the July 24th Commercial Crew update did provide the first public photos of SpaceX’s crew access arm, set to be installed at the LC-39A launch pad later this year. 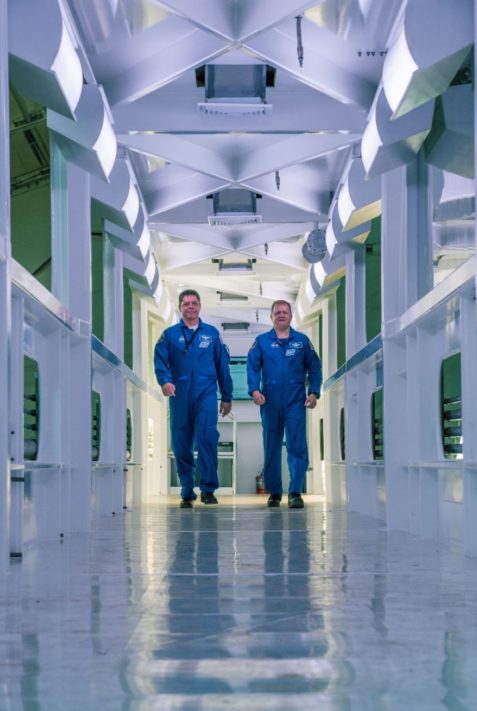 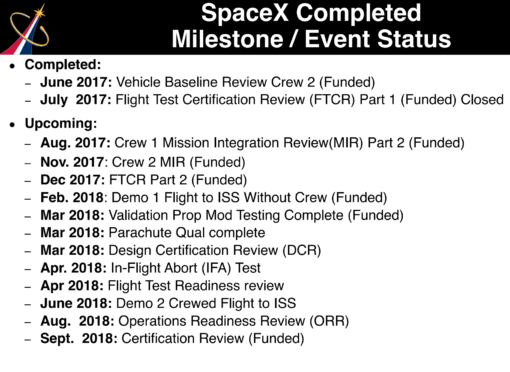 Whether or not you can parse NASA’s infamous acronym and jargon-heavy language, it’s clear that SpaceX has a considerable amount of work ahead to make their February 2018 deadline. (NASA) 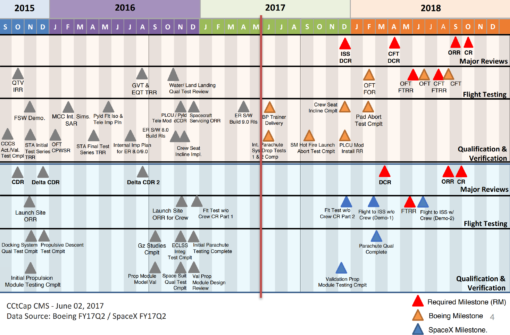 For those with extreme willpower, a close study of this graphic provides a good idea of where both SpaceX and Boeing are as they head to first CCP launches. (NASA)

Aside from an array of milestones ahead for the company, the only major tasks yet to be finished are design finalization for Crew Dragon’s seat mechanisms and control displays. SpaceX’s Demonstration 1 and 2 launch dates of February and June 2018 respectively remain steady as of this late-July update. Delays are always possible and even likely, but chances are good that SpaceX will be ready to conduct the first launch of crew to the ISS before the end of next year.