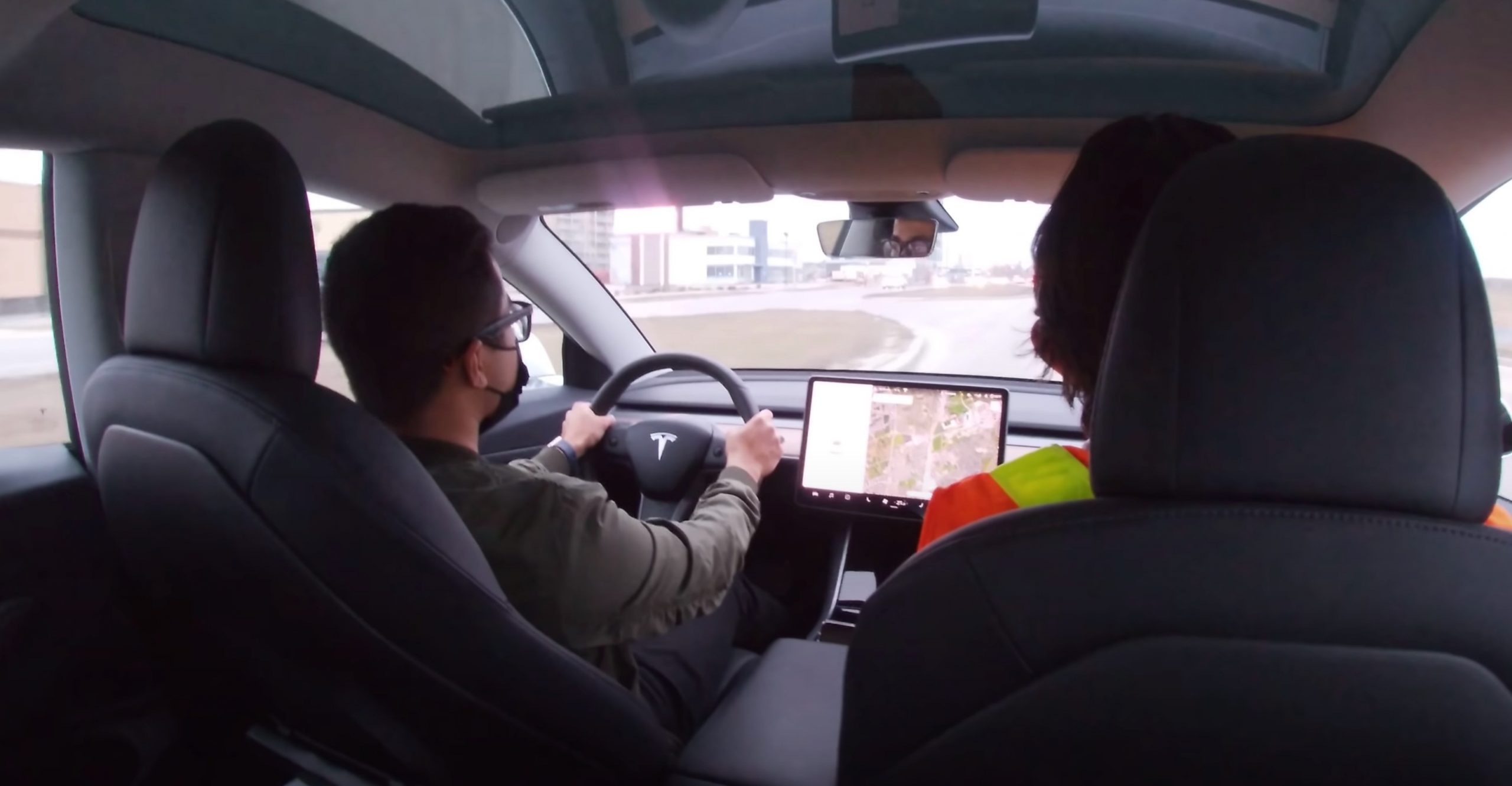 The DMV examiner noticed the blue steering wheel in the infotainment system’s driving visualizations during Shpataj’s license test. “All right quick question. What was that little blue symbol? Was that like some kind of auto steer or cruise control thing?”

The Tesla owner tried to evade the question by coyly describing Autopilot as a simple driver assist. “It doesn’t really help you drive. It just kinda assists you,” he said.

The DMV examiner excused himself for a moment. When he came back, he had some bad news for the Tesla owner. “Alright, I’m going to have to fail you unfortunately,” he said.

Based on the incident seen on the driver’s TESLAPEG YouTube channel, it was suggested that the reason he failed was because he used Autopilot during the test. Many people in the comments shared that some DMVs don’t even allow backup cameras during a license test, let alone a driver assist system, especially one as advanced as Tesla’s Autopilot.

According to Driving Tests, most DMVs prohibit the use of automated driving assist systems during a license test. Some DMVs may require license applicants to disable those features.