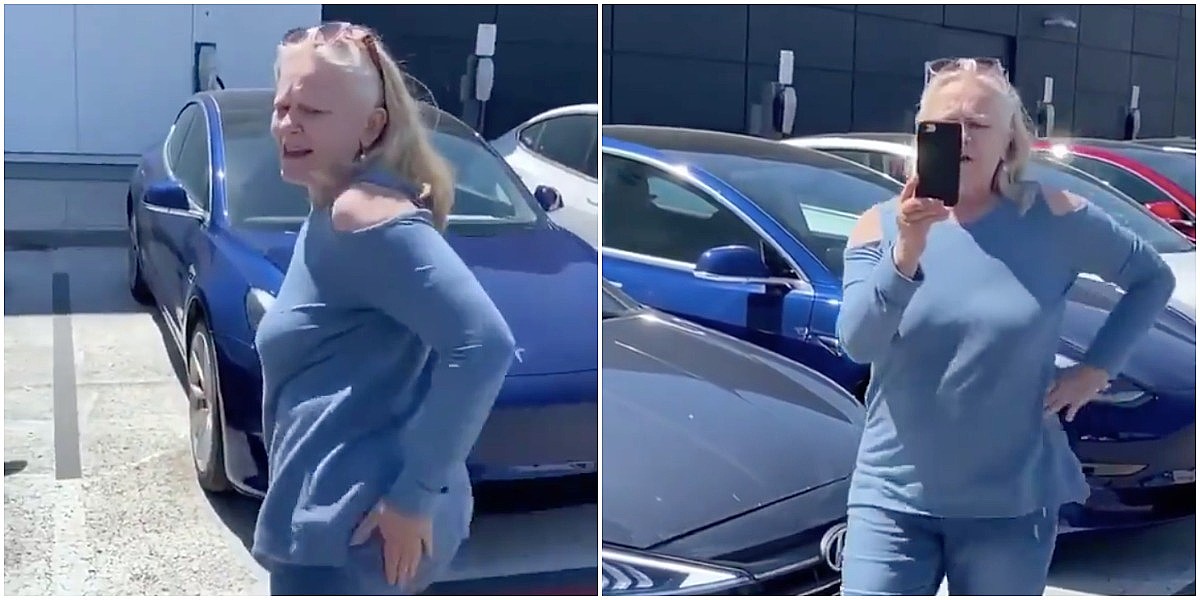 A confrontation between a Tesla owner and a woman driving a combustion engine vehicle was caught on camera, and it resurfaces an age-old debate on whether electric vehicle parking spaces can temporarily be used by non-EVs.

The incident in question started after a woman blocked a Tesla charging station with her Hyundai and was called-out for the action.

The event took place at the Sherway Gardens retail shopping mall located in Toronto, Ontario, Canada. Tesla currently holds a retail space within the Sherway Gardens Mall, including charging stations that are reserved for test-drive vehicles and Tesla owners who need additional range during their time inside the mall.

The space that’s reserved for Tesla vehicles is marked with a sign that clearly states that only battery-electric cars may occupy the spot. However, the woman in question said she couldn’t see or read the sign and parked there because it was open.

She also clarified that she was there to pick up someone who was recently in a motorcycle accident and was visiting the mall to attend an appointment with the optometrist.

The video was initially shared by @DUCKIGYALSTAN, but the person in charge of the account stated they did not take the video. The unknown owner of the Tesla who took the video was attacked verbally by the woman, who said that “disgusting young people” resort to their cell phones to deal with their problems.

She also went on to state that young people have no self-respect based on anecdotal opinions about millennial’s lifestyle choices.

The penalty for this offense is a fine of $125.

The act of a combustion engine car parking in an EV charging space is usually referred to as “ICEing.” It is a common practice among those who are against the electric vehicle movement. Often, ICEing is performed by the drivers of performance combustion engine vehicles or large trucks, who are vocally against clean transportation. This woman seemed to be parking somewhere that would be identified as a “prime” spot due to its location close to the front entrance of the mall.

When she was asked to leave by security guards, she continued to argue that she had done nothing wrong.

The act of ICEing is something most Tesla owners will eventually have to deal with. However, it was refreshing to see security guards take care of the issue with relatively no damage done, and the owner of the Tesla undoubtedly got a good story out of the situation.

Watch the full video below.