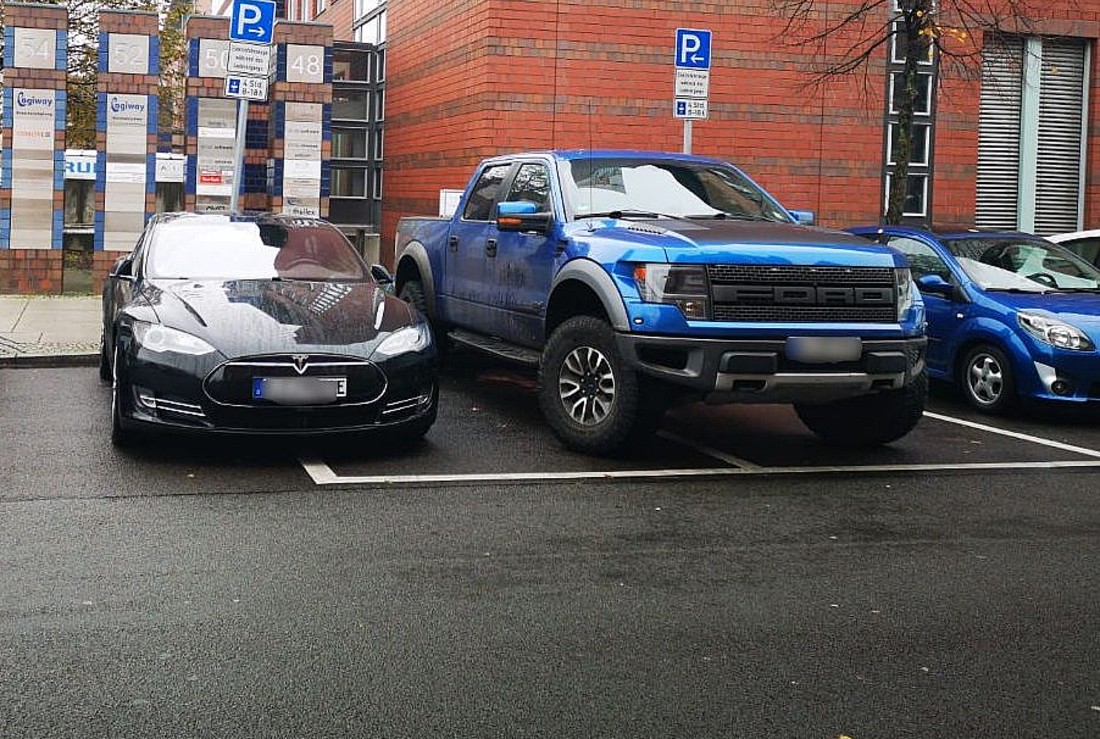 A Tesla Model S owner found some relief to charge their vehicle over the weekend after Police in Berlin, Germany craned a neighboring Ford pickup truck away after it was found blocking a designated electric vehicle charging stall.

Polizei Berlin noted on November 9, 2019 via Twitter, they had successfully removed a blue Ford pickup truck from multiple electric vehicle charging spaces. “Our #A11 also cares about heavyweights: Had the big blue actually tapped the charging station, the electricity would probably have been lost in the surrounding households,” reads the translated tweet.

“ICEing” or the blocking of areas designated for charging have been the subject of protest from numerous owners of traditional combustion engine vehicles all around the world. Most recently, members of a group known as “Cars & Coffee” blocked a series of Tesla Superchargers with their internal combustion engine (ICE) vehicles in Yorktown, NY in late September. The group’s leaders issued an apology to Tesla vehicle owners and advised its members to not block the charging stations reserved for electric vehicles.

Protesting electric vehicles has, unfortunately, been much uglier in the past. Some ICE vehicle owners choose more long-term forms of vandalism that end up costing electric car owners and companies money. In the past, there have been instances of Supercharger cable plugs being destroyed by vandals. More frequently, people who are against the electric car revolution have chosen to key Tesla vehicles, without knowing they are being recorded by Sentry Mode. Fortunately, many of these perpetrators have been caught in the act and have been forced to be held accountable for their actions.

The continuance of hazing upon electric vehicle owners by ICE drivers has been going on since the popularity of battery-powered cars has skyrocketed within the past few years. There are many ways electric car owners are intimidated, like the actions of a man in Miami, Florida who “rolled coal” on the owner of a Model 3 Performance. Unfortunately, there does not appear to be any end in sight to these events.

Electric car popularity is becoming more prevalent every day. Etiquette regarding the charging of these vehicles is something that should be maintained throughout the future. Blocking Superchargers is advantageous to nobody. It will likely end badly for someone, much like it did for the owner of the blue Ford truck in Berlin.