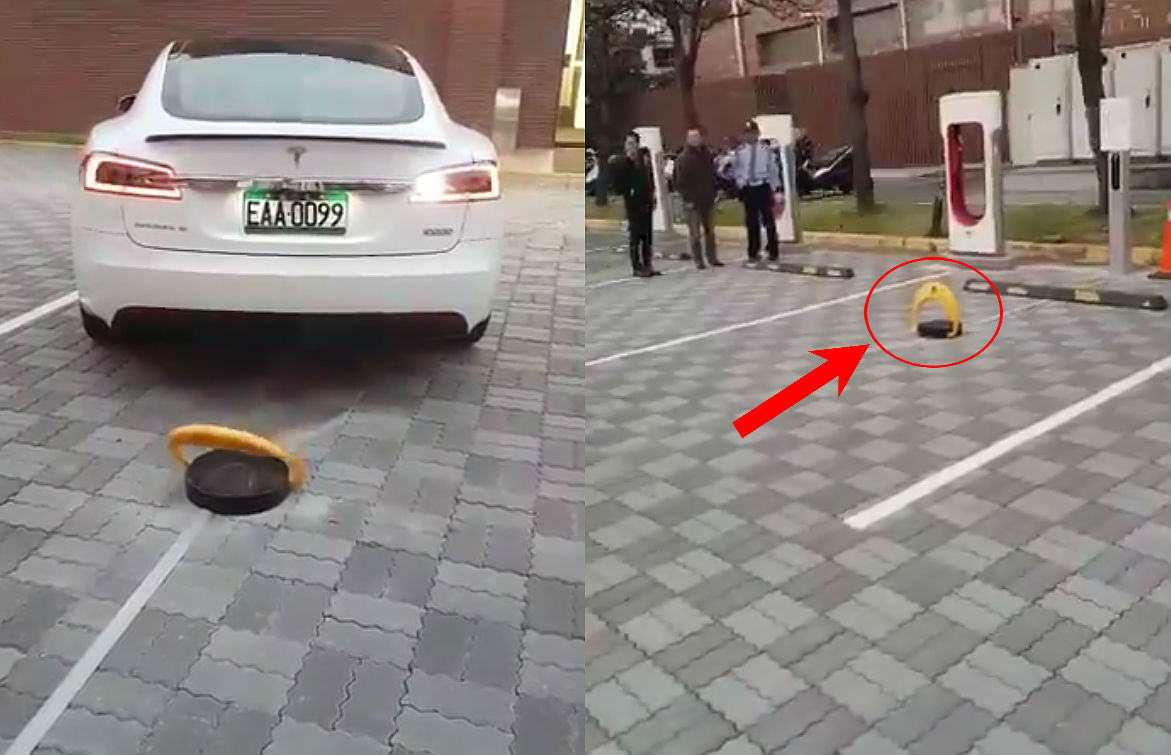 Tesla is testing a clever solution to prevent Superchargers from getting blocked (intentionally or unintentionally) by fossil fuel-powered vehicles. In a recent video shared online, the electric car maker is seen using camera-enabled ground locks to ensure that only Tesla vehicles can access a Supercharger.

A video of the system in action has been shared by the Tesla Owners Taiwan group on Twitter. In their post, the group noted that the Supercharger ground locks are fitted with a camera that identifies a Tesla electric car via its license plate as the vehicle is backing up. Upon identification, the ground lock would promptly unlock and lower itself, allowing the Tesla to gain access to the charging station.

Tesla China used a similar system last month to prevent ICE-ing incidents. As could be seen in previous social media posts from Chinese Tesla owners, the method employed in the country utilized locks that could be unlocked through QR codes linked to an app. Between the two systems, Tesla Taiwan’s solution appears to be a bit more convenient, considering that the Supercharger lock itself determines if a vehicle is a Tesla or not.

In China here is our creative solution to the ICEing problem. Well done to Tesla China for this great solution. Mostly all of the new Tesla Supercharger Station have these installed. Takes less than one minute of your time. #Tesla #TeslaChina #ICEing pic.twitter.com/gBPXVoORxU

A comparison of the two systems also shows Tesla Taiwan’s locks being a bit taller than those employed in China. This makes them more effective, as they can deter vehicles with higher ground clearance, such as SUVs and pickup trucks. Of course, Tesla Taiwan’s system is not foolproof, as owners of lifted vehicles could easily drive over the ground locks. Nevertheless, the presence of the locks would likely discourage a good number of would-be ICE-ers to think twice before parking on a Supercharger spot.

View from inside car pic.twitter.com/fpTqbIPcfS

Such Supercharger lock systems appear to be used in territories outside the United States for now. Considering the seemingly increasing number of ICE-ing incidents in the US, it would be a good idea for Tesla to implement a similar system in areas where it is able. Granted, such a method would not prevent ICE-ing incidents completely, but it would likely decrease the number of blocked Superchargers significantly.

Incidents of Supercharger ICE-ing, wherein a fossil fuel-powered vehicle blocks a charging station (intentionally or unintentionally) have been a prominent source of annoyance for the Tesla community for years. While some ICE-ing incidents result from honest mistakes or simple carelessness, reports from members of the electric car community over the past couple of months have indicated that some owners blocking the EV charging stalls have been quite aggressive towards Tesla owners. These anti-Tesla incidents escalated last month, when vandals practically attacked a Supercharger by partially severing cables, and later, drilling through the stalls’ charging plugs.