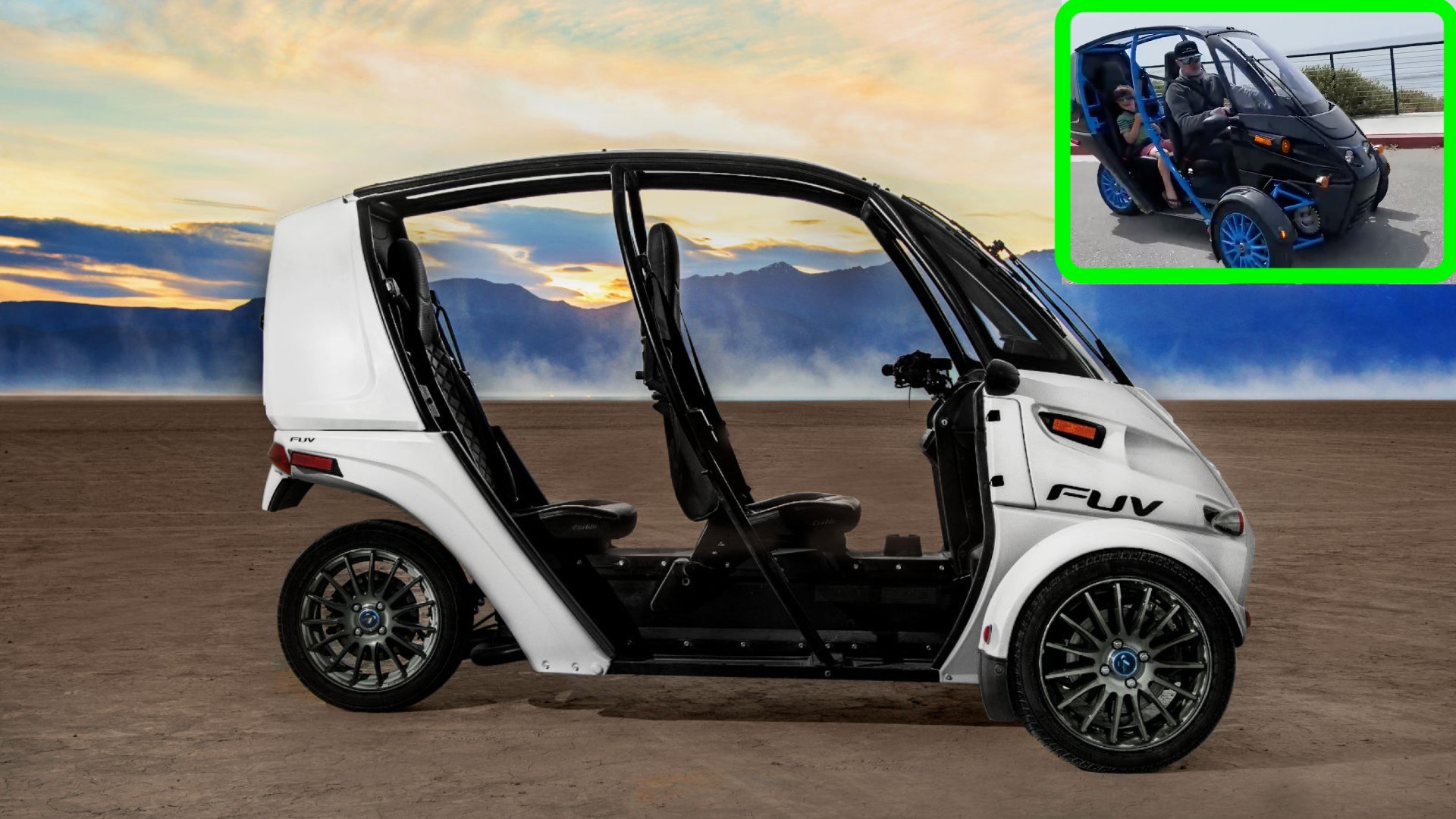 Tesla Chief Designer Franz von Holzhausen test drove an Arcimoto, a pure electric “fun utility vehicle” or FUV. The designer of the iconic S3XY line could be heard comparing some aspects of the Arcimoto to a Tesla vehicle in a video shared via Twitter.

Franz von Holzhausen, who has designed most of Tesla’s trademark vehicles, including the Cybertruck, shared a video of himself cruising in an Arcimoto FUV recently. Based on the video he shared on Twitter, Tesla’s Chief Designer had fun taking the pure electric FUV out for a ride.

Arcimoto is available only on the West Coast and Florida at the moment, but the company hopes to bring it to more states soon. The FUV starts at $17,900 with a top speed of 75 mph and a 102 city mile range. It also features a panoramic roof, removable doors, and heated seats and grips.

Arcimoto also designed its FUV to adapt to different jobs. For instance, there is an Arcimoto FUV called the Deliverator, which is designed for delivery drivers. The company also created an FUV called the Rapid Responder for first responders. Then there is Arcimoto’s Roadster, a name that might remind people of the Tesla Roadster. Arcimoto’s vehicles are three-wheeled, with two wheels at the front and one at the rear.

Arcimoto’s designs are fun, and the company’s potential could be great. It’s interesting to see Tesla’s Chief Designer ride one because there was a lot of excitement about a possible Cyberquad, an all-electric ATV that is expected to accompany the Cybertruck.

Arcimoto’s FUVs enter a segment of the all-electric vehicle market that very few companies notice, but it may have a significant impact in certain countries in the long run. Provided that it can grow and expand its operations worldwide, the Deliverator or the Roadster would probably do well in countries like India or the Philippines, where vehicles like passenger tricycles and auto-rickshaws are still a key source of public transportation.