Tesla China has formally announced its newly completed Research and Development (R&D) center in the Gigafactory Shanghai complex. The recently completed facility will be hosting several critical programs that would benefit Tesla on a worldwide scale, such as the design and creation of the company’s upcoming $25k car. Interestingly enough, Tesla China’s announcement video for its R&D center also included a rather interesting reference to a future product.

The official announcement of Giga Shanghai’s R&D center was posted on social media platforms such as Weibo and Twitter. The company posted a two-minute video to commemorate the announcement, which features some of the key milestones that Tesla China has achieved over the years. These include the ramp of the Model 3 and Model Y, as well as the creation of a dedicated Supercharger facility. A substantial part of the video was also dedicated to the company’s software prowess.

“The Shanghai R&D Innovation Center is Tesla’s first overseas R&D center based on vehicle development, including software, hardware, electronics, materials, power, and energy engineering teams. In the future, Tesla’s Shanghai R&D and Innovation Center will carry out more original development work around complete vehicles, charging equipment, and energy products, and develop into a comprehensive R&D center on the same scale as the US R&D center,” Tesla noted in a local social media platform in China.

Tesla VP of Vehicle Software David Lau and VP of Vehicle Engineering Lars Moravy spoke about the newly launched facility. According to Lau, as Tesla was starting to build its first manufacturing facility in China, the company was also growing its engineering team. This team was designed to be high-performing and self-sufficient, and it did not take long before China’s engineering team started making recommendations for improvements in the company’s products. The presence of the R&D center would most certainly expedite the growth of Tesla’s China-based engineering talent. 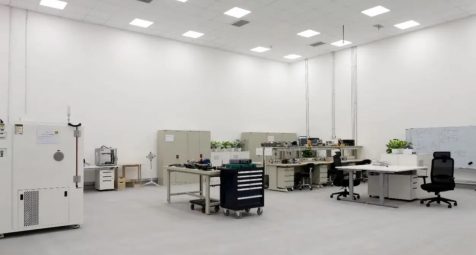 “These next steps in this building today is the first time overseas Tesla had all its great engineer functions in one facility. Vehicle firmware, software, vehicle engineering, manufacturing, as well as materials, electrical, and mechanical design are right here. We began developing products not only for the China market but for the global vehicle market with the Chinese engineering team here. And we’re excited to see that the development of a world-class organization with the support of the Chinese government,” Moravy remarked.

Interestingly enough, Tesla China made it a point to include the Tesla Bot as part of the products that it highlighted while the VP of Vehicle Engineering was speaking. Whether this is hinting that some developments of the Tesla Bot would be made in Gigafactory Shanghai’s R&D center remains to be seen. But if the talent is there, there is no doubt that Tesla would utilize all its resources across the globe to make such an ambitious project a reality.

Watch Tesla China’s official announcement of its R&D center in the video below.