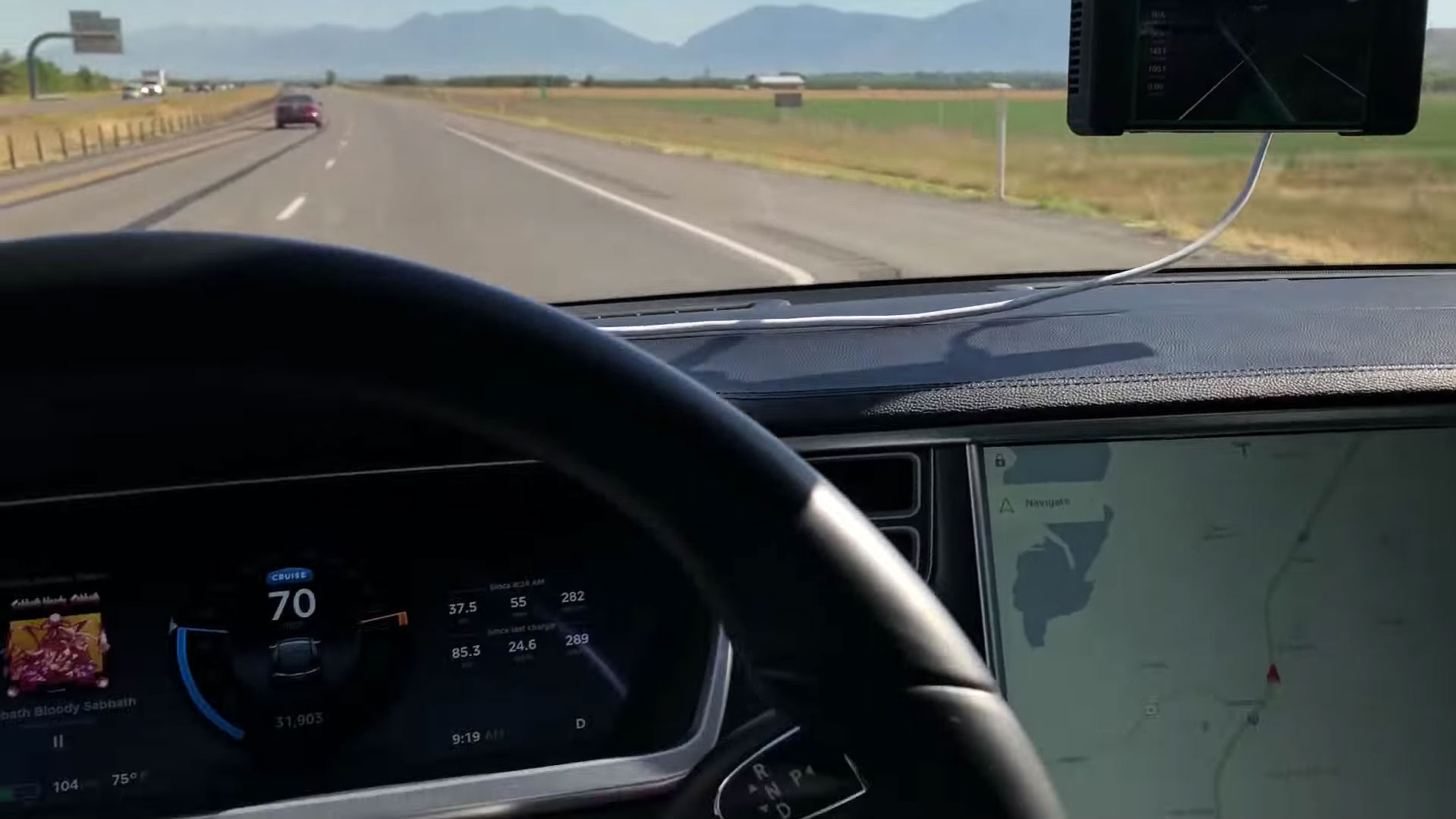 comma.ai’s technology could be installed in supported cars through the use of the company’s EON Dashcam DevKit, which provides real-time road monitoring, and the panda OBD-II Dongle that allows users to interface with vehicle diagnostics and messages over WiFi and USB. As highlighted in a YouTube video by Tesla owner Robert Cotran, comma.ai’s hardware could be installed on a non-Autopilot Model S as a DIY project.

Cotran’s walkthrough of the comma.ai system installation on his Model S starts with the removal of various components from the vehicle’s front trunk, connecting to the vehicle’s electric power steering unit, and plugging into the panda OBD-II dongle. Finally, comma.ai’s EON dashcam is installed inside the vehicle. A test of OpenPilot’s capabilities was conducted by Cotran after the installation was complete, and from what could be seen in the video, the open-source driver-assist system does seemingly convert a non-Autopilot-equipped Tesla Model S into a vehicle with Autopilot-like features.

The speed of the vehicle still relies on conventional cruise control, but in terms of steering, comma.ai’s OpenPilot appears quite capable on its own, especially on stretches of roads such as freeways. If any, the DIY installation and following test of OpenPilot in Cotran’s Model S highlights comma.ai’s vision for a self-driving future, where OpenPilot is to Android as Tesla’s Autopilot is to iOS. comma.ai mentions this comparison on its official website.

“What happened to phones will happen to cars. The iOS and the Android. The Autopilot and the OpenPilot. comma.ai is building the Android for cars. In 5 years, the world will call it obvious. Of course, cars will play out like phones. Tesla will run Autopilot. One idiot will still be trying to run Windows Phone. And everyone else will be running the open source operating system from comma.ai.”

OpenPilot is the brainchild of George Hotz, an American hacker who’s arguably best known for unlocking the iPhone and reverse engineering Sony’s PlayStation 3. Hotz was no stranger to Silicon Valley’s largest companies, having worked for both Google and Facebook in the past, and later, reportedly, offered a “multi-million dollar bonus” by Tesla CEO Elon Musk to work on a new Autopilot system that would allow the Silicon Valley electric carmaker to move away from using Mobileye.

Hotz eventually started comma.ai, a startup designed to master the development of self-driving software. Since its founding, comma.ai was able to raise millions of dollars’ worth of investment, which ultimately helped the company develop and release the open-source version of OpenPilot, as well as hardware like the EON Dashcam and the panda OBD-II Dongle. Today, comma.ai boasts more than 4 million miles driven without driver input.

Watch the installation of comma.ai’s hardware on a classic Tesla Model S (and OpenPilot in action) in the videos below.