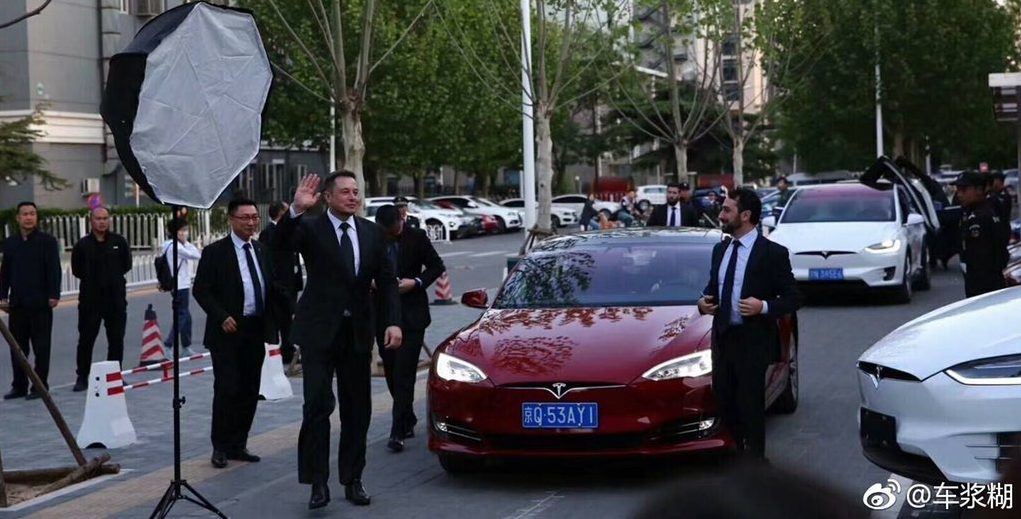 Following reports that Tesla CEO Elon Musk has signed a preliminary agreement with Chinese authorities to build a solely-owned facility in Shanghai, questions have been raised by Wall St. skeptics and investors alike on how the California-based electric carmaker plans to fund development of its overseas factory.

Dubbed Gigafactory 3, the planned facility in China is expected to produce as many as 500,000 electric vehicles per year, doubling the production capacity of Tesla’s current facilities, and begin construction once permits and approvals are completed.

Tesla noted on Tuesday that vehicle production at Gigafactory 3 would start roughly two years after its construction begins, and ramp to a 500,000 vehicle per year production rate within 2-3 years. Such an aggressive timeline is classic Elon Musk, especially considering that components of Gigafactory 3, such as the advanced manufacturing robots and machinery that would be used to build the vehicles, would likely be coming from abroad. In a recent segment of Bloomberg Markets, Consumer Edge Research senior auto analyst James Albertine stated that the timeline of Gigafactory 3’s construction is simply “not feasible.”

While aiming to have its first electric cars roll off Gigafactory 3’s vehicle assembly lines within two years from construction is undoubtedly an ambitious goal, Tesla’s target dates are a lot more conservative than what critics would think. For one, Gigafactory 3 is being built in China, a country with a construction workforce that is optimized for quick, large-scale projects. This is something that Musk had mentioned back in February, when he noted that China’s progress in advanced infrastructure is “more than 100 times faster than the US.”

Musk’s statement on Twitter about China’s advanced infrastructure is reflected by feats of construction from the country’s workforce. Earlier this year, 1,500 workers in Eastern China set up a track replacement for a train station in just 8.5 hours. A time-lapse video of the event became viral, mainly due to the project having been conducted with near-surgical precision. Back in 2015, China also made headlines for its rapid construction after Broad Sustainable Building, a prefab construction firm in the Hunan province, managed to complete a 57-story skyscraper in just 19 days using a modular building method.

Also, if Tesla’s Nevada Gigafactory is any indication, the entire facility does not need to be completed before it can start its operations. Tesla started brush clearing and grading the land for Gigafactory 1 in the summer of 2014, and as of date, the expansive battery factory is still less than 30% complete. Despite this, the facility has already stepped up to provide enough battery packs to support the ongoing ramp for the Model 3, which recently managed to exceed a rate of 5,000 vehicles per week.

Drawing parallels to the sequence of events that have taken place at Tesla’s Nevada-based Gigafactory 1 over the years, reaching completion of several key sections in the China factory would be enough for the company to begin manufacturing of its vehicles without prior to full factory buildout. Considering the speed of China’s workforce, these key sections would likely be finished earlier than Tesla’s estimated two-year timeline.

If there is one thing that could put a damper on the rapid development of Tesla’s China factory, it would be the funding needed for the ambitious project. Gigafactory 1 in Nevada, which produces battery packs, motors, and drivetrains, is estimated to cost around $5 billion when complete. Gigafactory 3, which incorporates both battery and vehicle production, would likely be in the same ballpark, if not more expensive.

With the state of Tesla’s finances today, the company has three main options to come up with the money to build Gigafactory 3. Tesla could go back to the equity market to fund the facility’s construction, just as it has done before. The company could also raise “debt” financing, however, its credit rating may have an impact on the company’s ability to negotiate favorable terms. One likely option that would allow Tesla to quickly fund the development of its factory in China is to partner with local investment banks. One of Tesla’s largest shareholders, China-based Tencent, already owns a 5% stake in the company.

There is also a fairly good chance that Tesla would receive major subsidies and tax relief from the Chinese government. The country, after all, is aggressively pushing electric cars as a preferred mode of transportation, with the country aiming to sell 2 million electric vehicles by 2020 and attain an ICE to EV ratio of 1:1 by 2030. With these own goals in mind, it does appear that it would be in China’s best interests to ensure that Tesla manages to build Gigafactory 3 without any difficulty. After all, the faster Tesla can start building its vehicles like the Model Y crossover SUV and some of the Model 3 in China, the better it would be for the country’s electric car market.