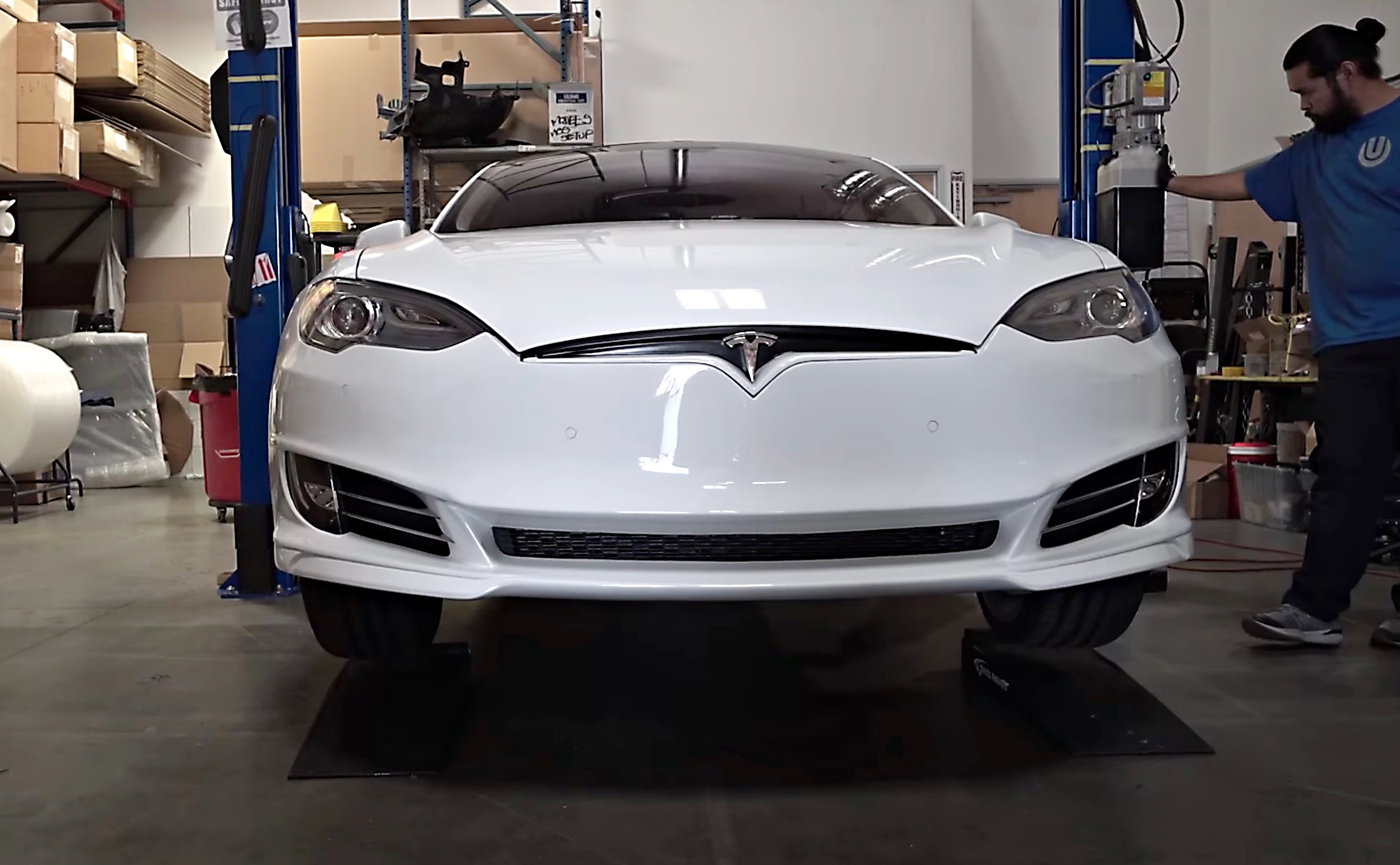 The Tesla Model S has undergone one facelift since being introduced back in 2012. The full-sized sedan’s facelifted version, which debuted back in 2016, featured a more angular design and an overall look that was similar to the Model X. For owners of Model S that were produced prior to the facelift, however, Premium Tesla aftermarket parts manufacturer and tuning specialist, Unplugged Performance, has the perfect solution — a custom front fascia refresh kit that will make any pre-2016 Model S look similar to the electric car maker’s current-generation flagships.

We covered the first installation of Unplugged Performance’s Refresh Front Fascia System on a Model S last year when we did a tour of their facility that’s located in the same commercial center as Tesla’s Design Center and SpaceX headquarters in Hawthorne, California. During that time, Ben Schaffer, CEO of Unplugged, even described how the company built a customized quick-release mechanism on the front fascia refresh kit that allows users to easily access the electric car’s 12-volt battery. Access to the Model S’ 12-volt battery pack was one of the changes implemented in Tesla’s facelift since pre-2016 variants of the vehicle allowed users to reach the 12-volt cell by removing the car’s plastic nose cone.

Just recently, Ben Sullins of YouTube’s Teslanomics channel got to try out Unplugged Performance’s front fascia refresh kit. During his video, the YouTuber, who fondly calls his 2016 Model S 60 “Electra,” gamely stated that his car was about to get a “nose job.”

Unplugged Performance’s team started the modification by raising the car and removing the 2013 front fascia. After the panel was removed, the aftermarket refresh kit was installed. The entire process was very straightforward, and not long after, Ben’s 2013 Model S 60 looked just like the post-2016 version of the flagship sedan.

Unplugged Performance’s Refresh Front Fascia System for Model S has proven to be one of the aftermarket firm’s most popular products to date. Speaking to the Teslanomics host, Ben Schaffer stated that his company has been shipping the refresh kit all over the world. The Unplugged Performance CEO further noted that his team has made it a point to make the aftermarket kit as easy to install as possible so that Tesla drivers in other countries can have the modification properly fitted by any machine shop.

“It’s really easy. We’ve shipped, at this point, basically to every country that Tesla has cars on the road. We put it in a box, pack it up safely, and mail it anywhere in the world, and it can be installed by any body shop. It doesn’t have to be a Tesla-authorized shop. The way we have it set up, it’s basic tools, no specialized knowledge needed about a Tesla, and our instructions are really thorough.”