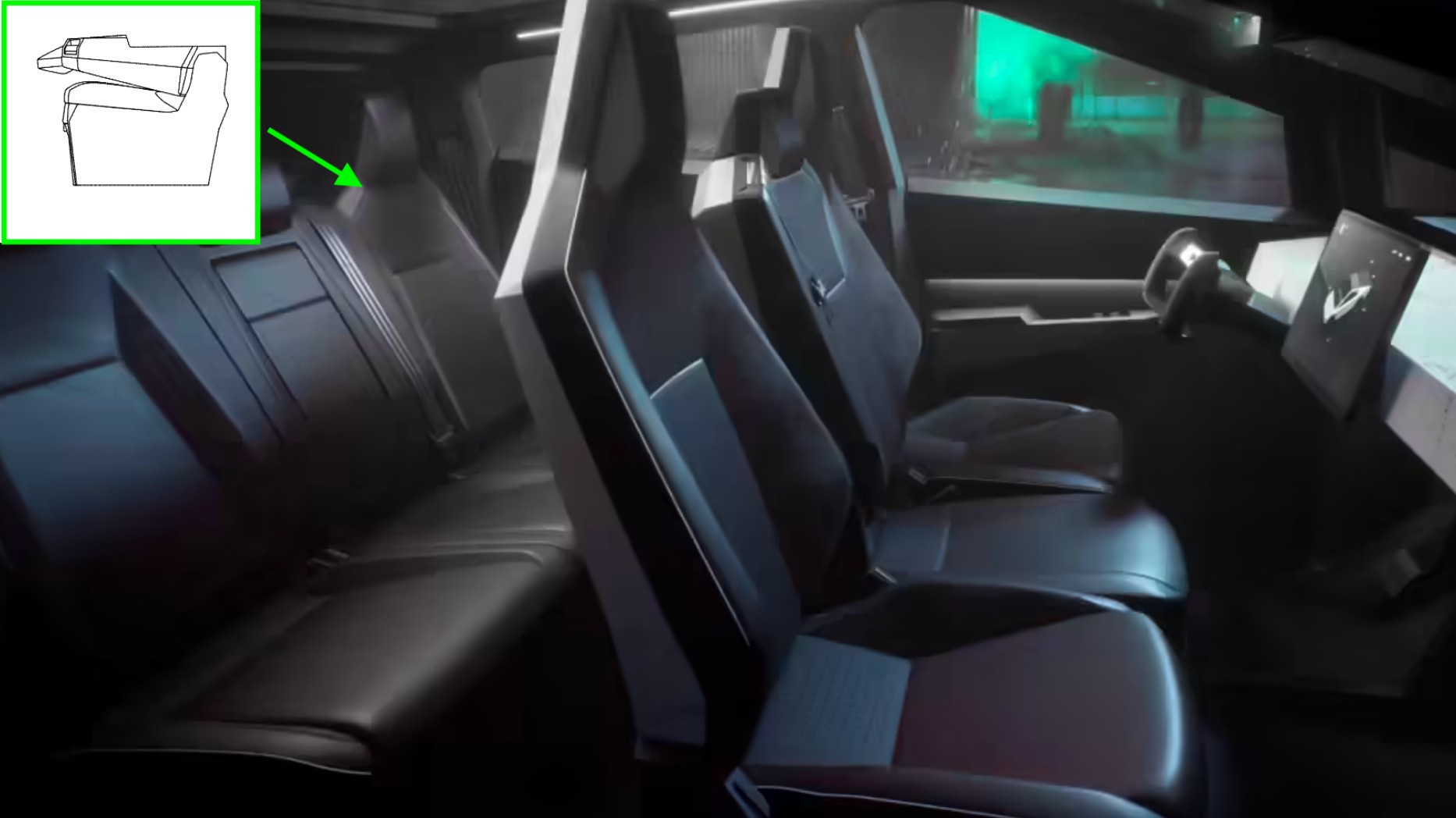 The Cybertruck will be a technology showcase for Tesla, as the vehicle would be fitted with the best innovations that the company can offer. Yet behind its bells and whistles, it appears that the Cybertruck also has a number of practical tricks up its sleeve, some of which could make the all-electric pickup truck one of the best campers on the market.

A recently posted design patent from Tesla has revealed some details about the Cybertruck’s seats. The design patent was quite simple, as it simply depicted the variations possible with the Cybertruck’s first and second-row seats. And while the front seats of the vehicle depicted in the patent are very similar to those in the all-electric pickup truck’s prototype, the rear seats featured a pleasant surprise.

Based on the design patent, it appears that the Cybertruck would be fitted with 60/40 folding rear seats. There’s a number of advantages that such a design could provide. For one, folding rear seats would give Cybertruck drivers direct and open access to the vault. This could add more utility to the all-electric pickup truck, as it would allow drivers to transport long items that would otherwise not fit in the vehicle’s 6.5-foot bed.

It’s not just all work and no play, however, since the Cybertruck’s folding rear seats also seem perfect for in-car camping. Tesla has not advertised the Cybertruck as an adventure or lifestyle vehicle, but it would likely be used as such by some of its owners. The folding second-row seats should then provide campers with ample sleeping space, from the rear seats all the way to the vehicle’s vault.

Teslas are perfect for camping. Thanks to their large batteries, they could maintain their cabin temperature without taking a significant range hit. Tesla has even rolled out camping-specific features for its electric cars, such as the popular Camp Mode, which has proven quite popular among the company’s customers.

Check out the Tesla Cybertruck’s design patent for its seats below.