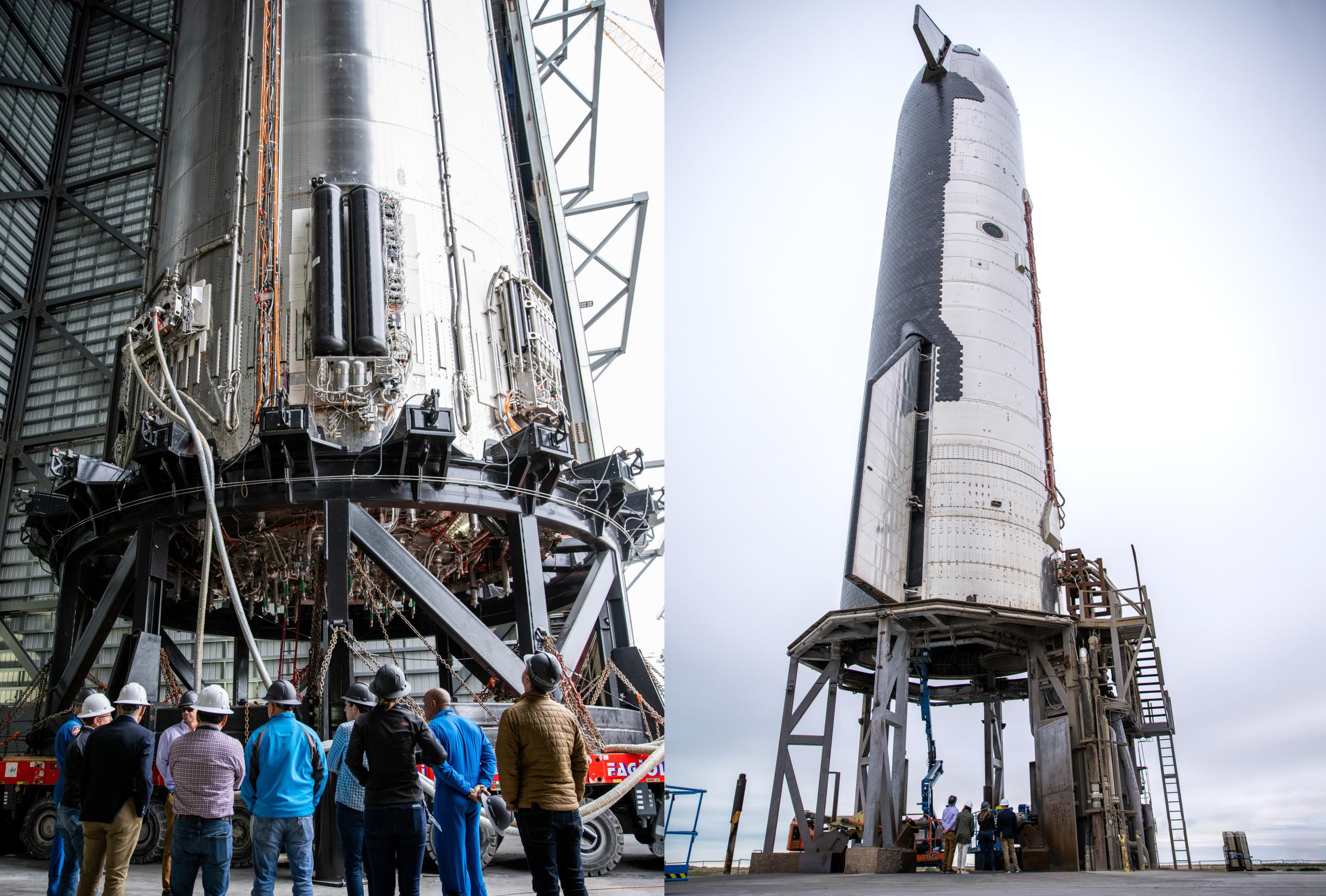 Thanks to the failure of Blue Origin’s NASA Human Landing System (HLS) lawsuit, SpaceX and the space agency were finally able to get back to work last month.

Taking advantage of that, NASA astronauts and Artemis Program leaders recently took a tour of SpaceX’s South Texas Starship factory and launch pads – a massive hub of activity that the company has deemed Starbase. In doing so, save for updates from SpaceX and even members of the public over the last 6-9 months, NASA officials were finally able to get up close and personal with the progress SpaceX has made while the space agency was temporarily forced to halt all work on HLS.

While some aspects of SpaceX’s progress towards orbital Starship test flights were hampered by asymmetry between different programs, namely the readiness of Super Heavy and Starbase’s orbital launch site, SpaceX has still made some impressive progress in less than a year. At the start of 2021, Starbase’s lone orbital launch site was effectively a dirt lot and a fraction of the launch mount – the latter constructed well in advance of the rest of the pad. Less than a year later, that orbital launch site – including a skyscraper-sized launch tower, three massive arms, perhaps the most complex launch mount in spaceflight history, and the largest cryogenic tank farm ever built for a rocket – is on the verge of completion.

Several weeks of work are likely needed for SpaceX to finish and qualify the ~146m (~480 ft) launch tower’s ‘chopsticks’ – arms meant to lift and possibly catch Starships and Super Heavy boosters – and quick-disconnect swing arm, which fuels Starship and helps stabilize the rocket. The pad’s massive tank farm has also yet to be filled with any liquid methane fuel (LCH4).

However, that tank farm is complete enough – and filled with hundreds of tanker trucks of liquid oxygen and nitrogen – to begin extensive cryogenic proof testing with Super Heavy Booster 4 (B4), Starship’s first potentially fligthworthy booster. That process began on December 17th and a second cryogenic proof followed on December 21st. On the 22nd, SpaceX continued to expand the ambition of its booster testing and filled Super Heavy B4 more than any booster before it, loading it with two or three thousand tons (4.4M-6.6M lb) of cryogenic liquids in about two hours. There are signs that most of that liquid was actually liquid oxygen (LOx) – the oxidizer Starship will be filled with before launch – and both sides of the tank farm were visibly active.

In other words, once SpaceX is confident that the tank farm is safe to store liquid methane, the first Super Heavy wet dress rehearsals and static fire tests – eventually simulating full thrust just before liftoff – could begin almost immediately. Once the tower’s three arms are at least partially functional, SpaceX will also be able to install a Starship on top of Super Heavy for the second time and test a fully-integrated two-stage Starship launch vehicle for the first time, paving the way for the first orbital-velocity launch attempt as soon as as the FAA grants a license.

Though SpaceX technically hasn’t started building a prototype of the actual Starship Moon lander that will returns humans to the lunar surface, every single Starship and Super Heavy booster it builds and tests mature’s the foundation of that crewed variant’s design, as well as the fleet of boosters and ships that will be required to fuel it in orbit. By all appearances, Starship S20 – the first completed orbital-class prototye – has passed all the tests thrown at it and is ready for the program’s first orbital-velocity launch attempt. If the speed of recent testing continues, Super Heavy Booster 4 may not be far behind it.