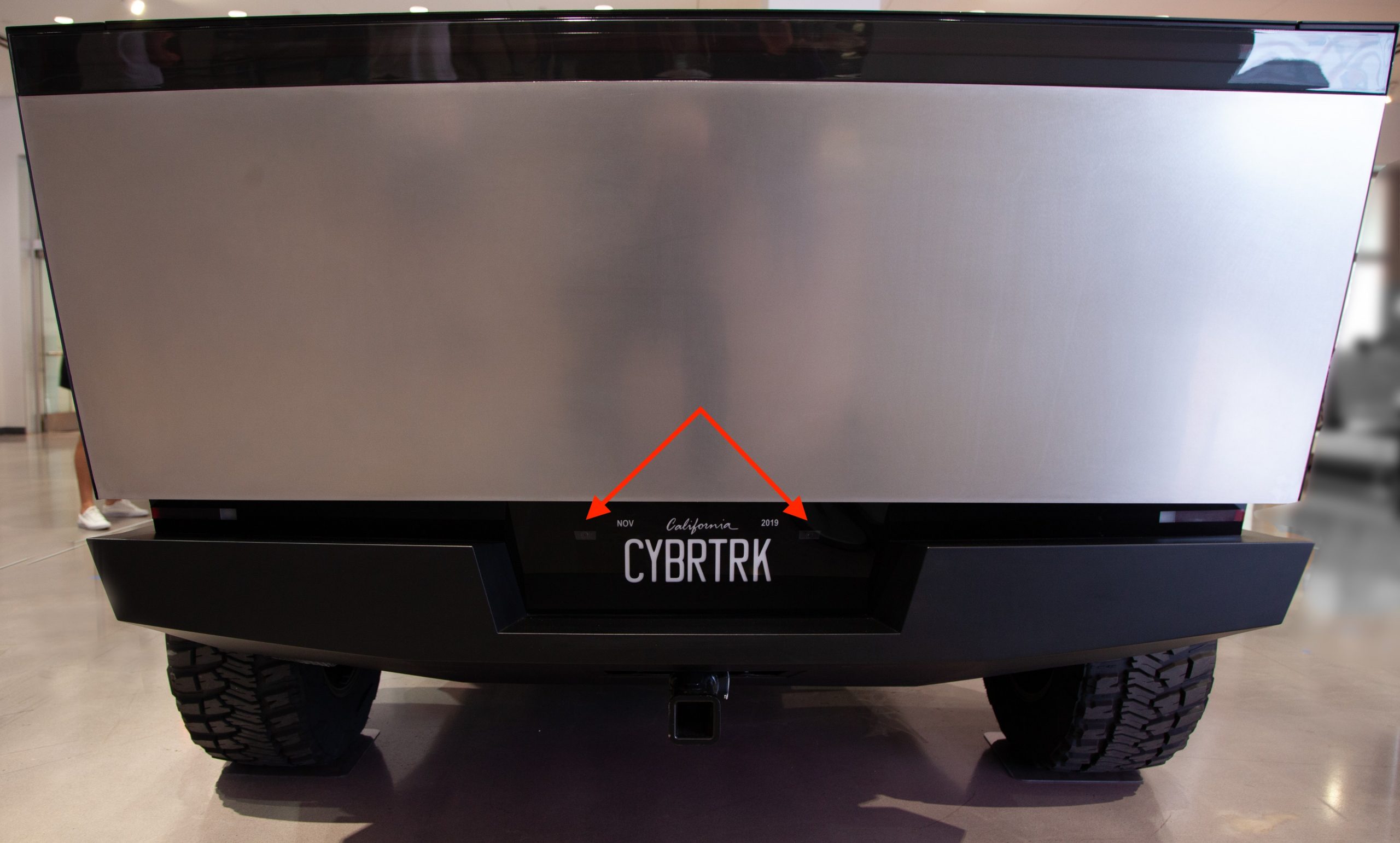 The Tesla Cybertruck is the electric car maker’s boldest vehicle yet, with its unapologetic XY design and intimidating stance. Images of the all-electric pickup snapped during its appearance at the Petersen Automotive Museum all but highlighted this point. As more pictures of the Cybertruck made their way online, it soon became evident that the all-electric pickup truck, or at least its prototype, was equipped with a rather unique rear camera setup.

Tesla’s vehicles today — the Model S, Model 3, Model X, and Model Y — are all equipped with a suite of eight cameras. All of these vehicles feature the same setup: three pointing in front, four in the sides, and one in the rear. The Cybertruck, however, seems different, as it features a stereo rear camera setup. This was highlighted in a photo shared on the r/TeslaMotors subreddit by Tesla community member u/The-Allstater.

Granted, the Cybertruck in the Petersen Automotive Museum is only a prototype, which means that aspects of the vehicle could still change. Despite this, it is nevertheless interesting to speculate the purpose behind the all-electric pickup truck’s stereo cameras. Such a setup, after all, has several potential uses.

Members of the r/TeslaMotors subreddit shared some of their speculations about the Cybertruck’s stereo camera, with some suggesting that the dual sensor setup could be used to provide depth perception of objects that are attached to the truck, such as a trailer hitch. Others suggested that the second camera could be used as a rear view mirror, which would definitely be useful when the vehicle’s tonneau cover is closed.

The Tesla Cybertruck is still quite a box of mysteries for now. Thanks to the unexpected results of its Armor Glass demo during its unveiling, it appears that several of its features were barely discussed by Elon Musk onstage. Among these was what appeared to be a custom bed rack attachment that would enable the Cybertruck to transport large items securely. Such a feature was not mentioned at all during the unveiling event, but the bed rack was visible in one of the slides in Musk’s presentation.

The Cybertruck is expected to start production next year, provided that Tesla could begin construction of its manufacturing plant soon. So far, reports indicate that Austin, Texas and Tulsa, Oklahoma are the two finalists for the the site of the upcoming Cybertruck Gigafactory. Both states have expressed their warm welcome for Tesla and Elon Musk, though the company recently received some pushback from a Texas GOP official.

Watch a feature on the Tesla Cybertruck’s appearance at the Petersen Automotive Museum in the video below.