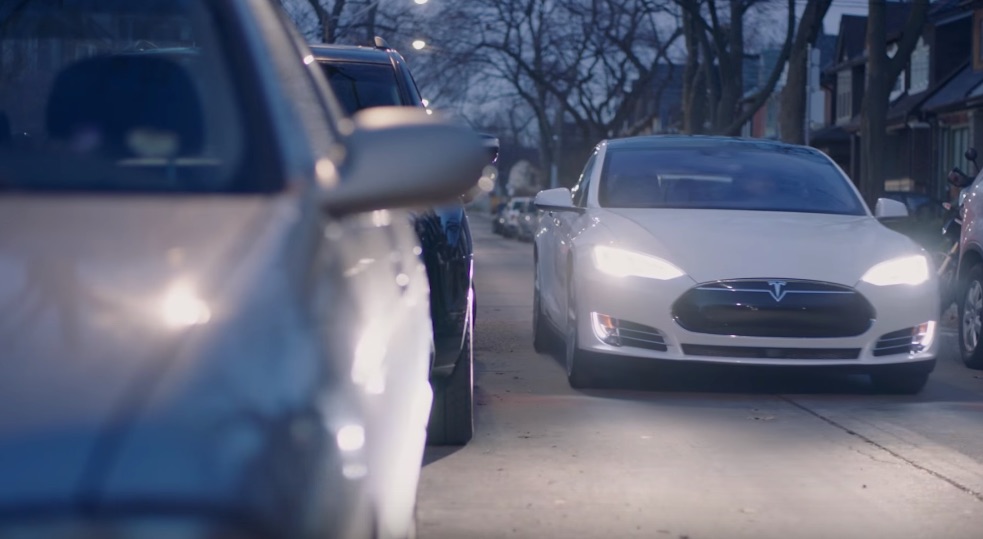 Tesla will no longer offer the 85 kWh battery to Model S customers in Canada. It also has deleted the single motor rear wheel drive version of the car for people who live north of the border. The company has given no explanation for the changes.

The Model S can no longer be ordered with the 85 kWh battery according to the recent spot in the CanadianTesla Design Studio.

The move has left many across the Tesla social groups wondering why the change only applies in Canada? Is this a signal that similar changes are about to happen in other countries as well? Elon has always maintained that an increase in battery capacity by 5% a year should be expected. Perhaps a 95kWh or even a 100 kWh battery may be in the offing for later this year. The 85 kWh battery has been the largest size battery offering since Tesla first opened up Model S for orders in 2012. In 2013, Tesla discontinued a 40 kWh version of the battery due to lack of demand, leaving both a 60 kWh version and the 85 kWh pack as available options.

More recently, Tesla has discontinued the 60 kWh battery and replaced it with a 70 kWh version capable of 230 miles (385 km) of range, as well as introduced the 90 kWh battery capable of over 270+ miles, during the time when the company announced its Ludicrous mode option.

Tesla made the 70D variant of the Model S the entry level model, but then backtracked and reinstated a rear wheel drive version for $5,000 less. The company seems to be experimenting with different equipment combinations, trying to find the perfect alignment of affordability, performance, supply, and profits. By having the 70 kWh and 90 kWh as the only available battery options, Tesla is leaving a significant step in price between the battery configurations perhaps as a strategic move to cater to two different types of audiences – those that want a lower cost barrier of entry while having 200+ miles of range, and those that seek longer range with higher performance in mind.

It’s also possible that having a larger battery at the top of the range will allow Tesla to increase the size of the entry level battery as well. Perhaps a Model S 75D is lurking around the corner? A slightly larger battery would benefit the current entry level 70D Model X by giving it some extra range, something the super heavyweight electric crossover could leverage especially when put to use.

The configuration change in Canada may also presage a move to make dual motors standard across the range. Doing so would help streamline production and improve the number of cars Tesla can build each week.

Elon has said the company makes up to 20 running changes to its cars every month. Most of them are not publicized. Perhaps Tesla wants to avoid a situation like Chevrolet and Nissan found themselves in last year when they each announced significantly improved versions of the Volt and LEAF were coming soon. Sales of existing cars plummeted as a result. By simply implementing changes it deems necessary without fanfare, Tesla avoids falling into the same trap.