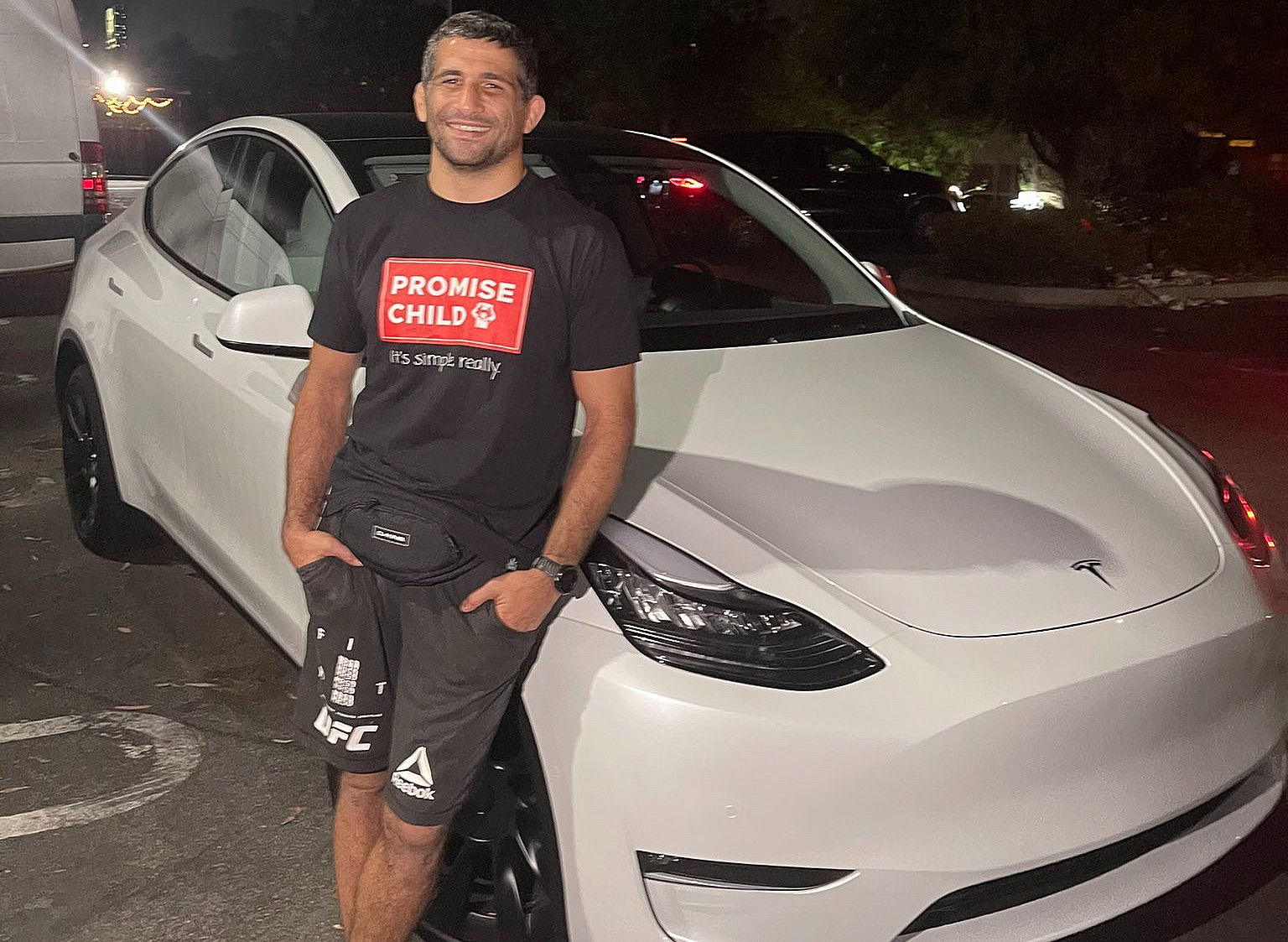 Tesla’s Elon Musk has come through for UFC fighter Beneil Dariush, who used his post-fight victory interview with Joe Rogan to bring attention to his delayed Tesla Model X order. Musk provided Dariush with a Model Y loaner vehicle, according to his agent, until the Model X is ready to be delivered.

On Saturday, Dariush, the 9th-ranked Lightweight in the UFC’s most talented division, beat longtime contender and former Interim Lightweight Champion Tony Ferguson in a dominating performance, taking home a 30-27 Unanimous Decision victory on all three judge’s scorecards. Dariush moved up six spots in the UFC’s Lightweight rankings after the victory.

After commending his opponent and adding what was the biggest win in his MMA career, Dariush used his interview with Joe Rogan to bring attention to the fact that he had ordered a Model X for him and his wife, who is due to deliver a newborn baby in June. “I wanna call somebody out. Joe, I’m wanna call out your buddy. Elon, Elon Musk, where’s my wife’s car, bro? I’ve been waiting six months. I’ve had a baby; I need a good car. I need to–I gotta protect my daughter. Let’s go, Elon! Get me my car,” Dariush said to Rogan.

The delayed delivery aligns with Tesla’s timeline for refreshing the Model X. In December, Tesla halted production lines at its Fremont factory where the all-electric SUV is built. The lines affected were the Model S and Model X. Speculation insinuated that Tesla and Musk were planning to “refresh” the two cars that have changed in only a handful of ways since being introduced in 2012 and 2015, respectively. Tesla confirmed its plans to refresh both vehicles during the Q4 2020 Earnings Call.

Musk responded and told Dariush that he was sorry and that the vehicles would be coming soon. However, Musk took it a step further by giving Dariush a Model Y to borrow until the Model X was delivered. A post from Dariush’s agent, Ali Abdelaziz, revealed Musk had given the fighter a Model Y as a loaner vehicle.

“@elonmusk came through for @beneildariush with a free car until his order is ready. Elon is a gangster @ufc,” Abdelaziz said.

Not winning any style contest, but we find a way 😂 https://t.co/TPLEX6zZ9i

The vehicle appears to be a Model Y Performance based on the car’s wheels. The stock option for the Performance Model Y includes 21″ Überturbine wheels, and Dariush’s loaner is sporting them. Although he has spent hours in the Octagon against some of the best fighters in the world, we hope Dariush is ready for the face-melting instant torque that the Model Y Performance will provide. Dariush might be with that Model Y for a while, too, as delivery timelines for the Model X were currently updated in some owner accounts indicating that the vehicle would be delivered in October 2021.

What do you think? Let us know in the comments below, or be sure to email me at joey@teslarati.com or on Twitter @KlenderJoey. If you ever want to talk MMA, be sure to get in touch with me! It’s one of my biggest passions.