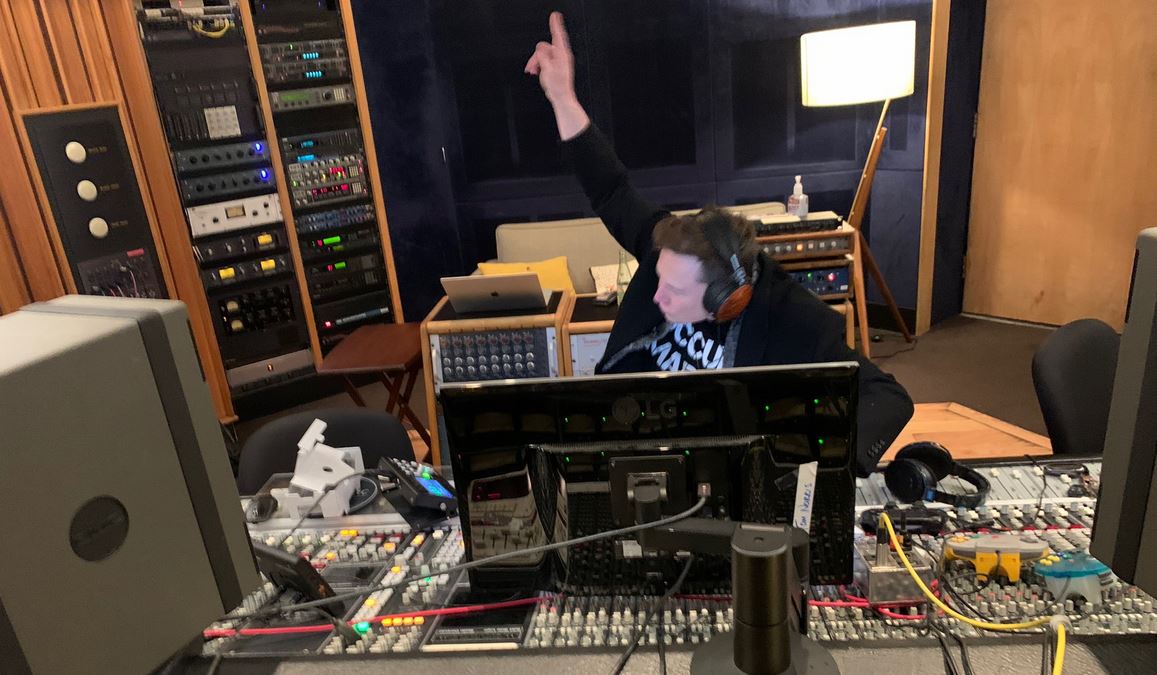 A day after Tesla reported its impressive Q4 2019 earnings, CEO Elon Musk seems to be in a celebratory mood, treating his fans and the electric vehicle community by dropping a new song.

The Model Y delivery is set to start soon and a lot of people are excited about the Cybertruck but the Tesla chief has another surprise for everyone. In a post on Twitter Thursday night, Musk announced that he wrote a song called “Don’t Doubt Yer Vibe,” which will be releasing via Emo G Records, a quasi-music label he founded last March when he premiered “RIP Harambe” that featured rapper Yung Jake and Caroline Polachek of Chairlift.

I wrote the lyrics & performed the vocals!!

“Don’t doubt yer vibe” falls under the electronic dance music genre and aptly, the Tesla and SpaceX chief changed his twitter handle from his name to E “D” M.

Musk posted the song on Twitter at past 10 p.m. PT  and it seems the new Elon Musk single will take over news streams with the new song. The song gained more than 14,000 likes, almost 4,000 retweets, and more and practically set the Twitterverse on fire. The same is true on SoundCloud where followers of Emo G Records are firing away with their comments.

During the series of tweets to announce his newest song following “RIP Harambe,” which already has 2.5 million plays on open audio platform SoundCloud, Musk even shared pictures of him working at a music studio.

In case you feel like searching Google for the lyrics of “Don’t doubt yer vibe,” we’ve posted it below:

Don’t doubt your vibe, because it’s you.”

This latest song from Musk is just the Tesla CEO showing the fun side of himself. As much as he wants car owners to have fun using Tesla cars, the billionaire entrepreneur also knows how to have fun amid all the stress of running Tesla, SpaceX, among others. And of course, everyone has the right to step back a bit after the busiest days of the year for Tesla and SpaceX.

On Wednesday, Tesla announced that it performed better than expected posting revenue of $7.38 billion and earning $2.14 per share in Q4 of last year. With the consistent demand for its first mass-produced sedan, the Model 3, the company returned to GAAP profitability in 2H19 and generated free cash flow of $1.1 billion for the year.

Listen to “Don’t Doubt ur Vibe” by Elon Musk below and see if it can pave the way for Tesla Gigaclubs in the future: