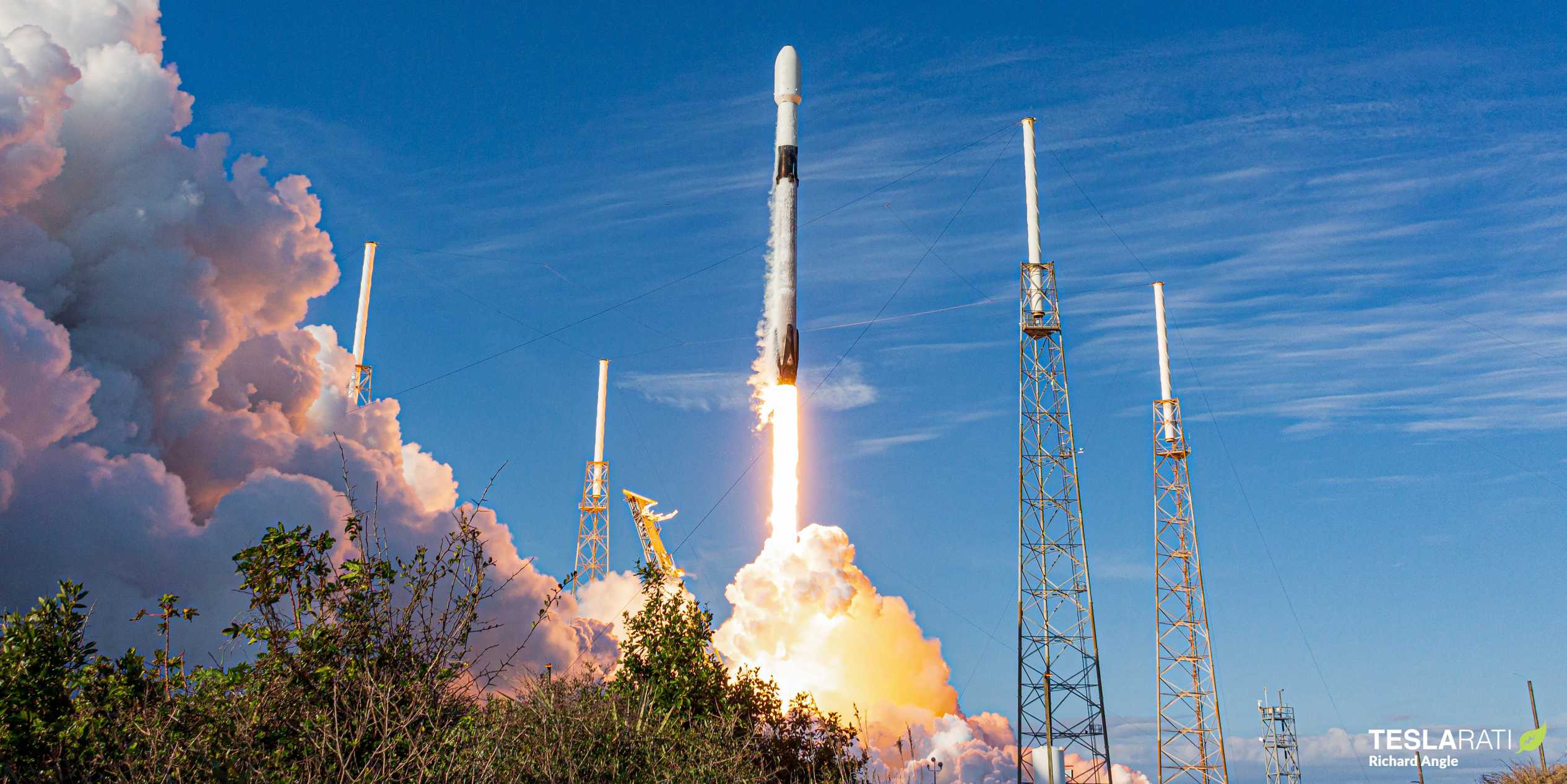 Hours after SpaceX launched its 240th new Starlink satellite into orbit, Elon Musk took to Twitter to cryptically reveal that the company’s workhorse Falcon 9 rocket could “reach triple digits this year” if everything goes according to plan.

Designed and built by SpaceX in the late 2000s, the Falcon 9 rocket launched for the first time in June 2010. Developed for the unfathomably low price of $300 million from clean-sheet design to first orbital launch, the original single-core Falcon 9 rocket – known as V1.0 – was about 48m (160 ft) tall, weighed 333 metric tons (735,000 lb) fully fueled, and was capable of launching almost 10.5 metric tons (23,000 lb) into low Earth orbit (LEO). Famously, when provided with Falcon 9’s basic specifications and characteristics, an independent NASA study estimated that the rocket’s development would have cost the agency anywhere from $1.7 billion to $4 billion to design and build.

NASA came to this conclusion in 2011, less than a year after Falcon 9’s first launch, and that the disconnect between the status quo held by NASA and the broader US spaceflight industry and what SpaceX tangibly achieved came to almost perfectly symbolize the rocket’s first six or so years of operations. Although SpaceX stumbled hard with two catastrophic rocket failures in June 2015 and September 2016, the company ultimately picked itself up, learned from those still-agonizing lessons, and has since shaped Falcon 9 into one of the most capable, reliable, reusable, and prolific launch vehicles ever flown. That latter characteristic – the sheer volume of launches Falcon 9 has come to represent – is what CEO Elon Musk was referring to earlier this week.

Specifically, after Wednesday’s flawless launch, Falcon 9 has now launched 80 times in its 9.5-year career, while Starlink V1 L3 marked the workhorse rocket’s 52nd consecutive success of 79 total. Impressively, while those 52 launches represent almost 65% of all of Falcon 9’s missions, SpaceX has dramatically improved the rocket’s reliability and availability over the last few years. In short, Falcon 9 has completed 52 consecutively successful launches in exactly 36 months (January 2017 to January 2020), meaning that nearly two-thirds of its lifetime launches have occurred in less than a third of the time Falcon 9 has been operational.

Put a different way, since the start of 2017, SpaceX has – on average – launched Falcon 9 more than four times (1.4 launches/month) as often as the rocket managed in its first 6.5 years of operations (1 launch every 2.7 months). Tweeting on January 29th, 2020 in response to an overview of the number of launches performed by each operational US rocket, CEO Elon Musk hinted that he believes “Falcon 9 will achieve triple digits” in 2020.

In other words, Musk thinks that SpaceX’s workhorse Falcon 9 rocket will be able to reach more than 100 lifetime launches by the end of 2020 — a feat that will require at least 20 additional Falcon 9 launches over the next 11 months. Speaking hours after SpaceX completed its third launch in January 2020 alone, it’s not hard to imagine – assuming, as Musk did, that “all goes well – that Falcon 9 will manage another 20 launches this year.

Averaged out, SpaceX has performed a launch every 9.7 days in January. Extrapolated to the rest of the year and assuming no improvement, SpaceX could theoretically perform as many as 37 launches in 2020. It’s worth noting, however, that SpaceX’s third launch of the month was ready for flight as early as January 21st but was delayed more than a week by bad weather – obviously out of the company’s control. Had weather permitted, SpaceX even had a fourth launch planned this month – a Starlink mission that is now expected sometime in early February.

In simple terms, it would take one or several major upsets to prevent Falcon 9 from reaching >100 lifetime launches later this year. Even if every single customer launch abruptly slips into 2021, SpaceX has still said that it has plans for 20-24 dedicated Starlink launches in 2020 alone, potentially singlehandedly carrying Falcon 9 over the 100-launch crest.