Porsche Taycan isn’t supposed to be a Tesla. Stop it.

Our tryst was short but, truth be told, I, a very happy Tesla owner, haven’t stopped thinking about the Porsche Taycan ever since the day we shared something special together.

It was a day of passion, driven by irrational thinking. Under the guise of a regular four-door sedan whose interior was garbed in strategically placed dark strips of cloth – clearly aimed at hiding the wolf within – it was soon obvious that I was no match for this beast.

“Do you want another go?”

It was an emphatic “no” from me to Porsche’s Platform Director for the Taycan, Bernd Propfe, as I climbed out of a production-ready Turbo S mule, and made every attempt to fight back obvious signs of nausea mixed with an overdose of adrenaline-induced shakes. Having just experienced a series of 720-degree donuts, high-speed drifts, 0-60 mph blasts in 2.6 seconds, followed by what can only be described as multiple time attack sessions on Porsche’s 1.6-mile circuit in Atlanta, the last thing I needed was to hear anyone belabor the point of repeatable performance. I get it. My stomach gets it.

It’s now two weeks later, and the taste of my Salisbury steak that I forcibly held in from lunch that day is as familiar as Taycan’s curvy, sleek and slightly bulbous contours that Porsche birthed to the world.

The Taycan checks all of the boxes for what an all-electric, high-performance sedan is expected to be. Acceleration on par with Tesla? Check. Over-the-air software updates (like Tesla)? Check. Brand prestige (like Tesla)? Check. And anything not like Tesla, we know solicits ten pages of dialogue from the online vigilante.

And that’s where the line should be drawn.

First, let’s clear the air by saying that I love everything Tesla has done for the automotive industry and beyond. As a three-time Tesla owner with Ludicrous as my daily driving mode, a Tesla solar customer, and the guy greasing the wheels here at Teslarati, I’d say I can be as much of a supporter of Elon Musk and Tesla as the most vocal fanboi. But let’s also take the blinders off, boys and girls, and take a look at the bigger picture. 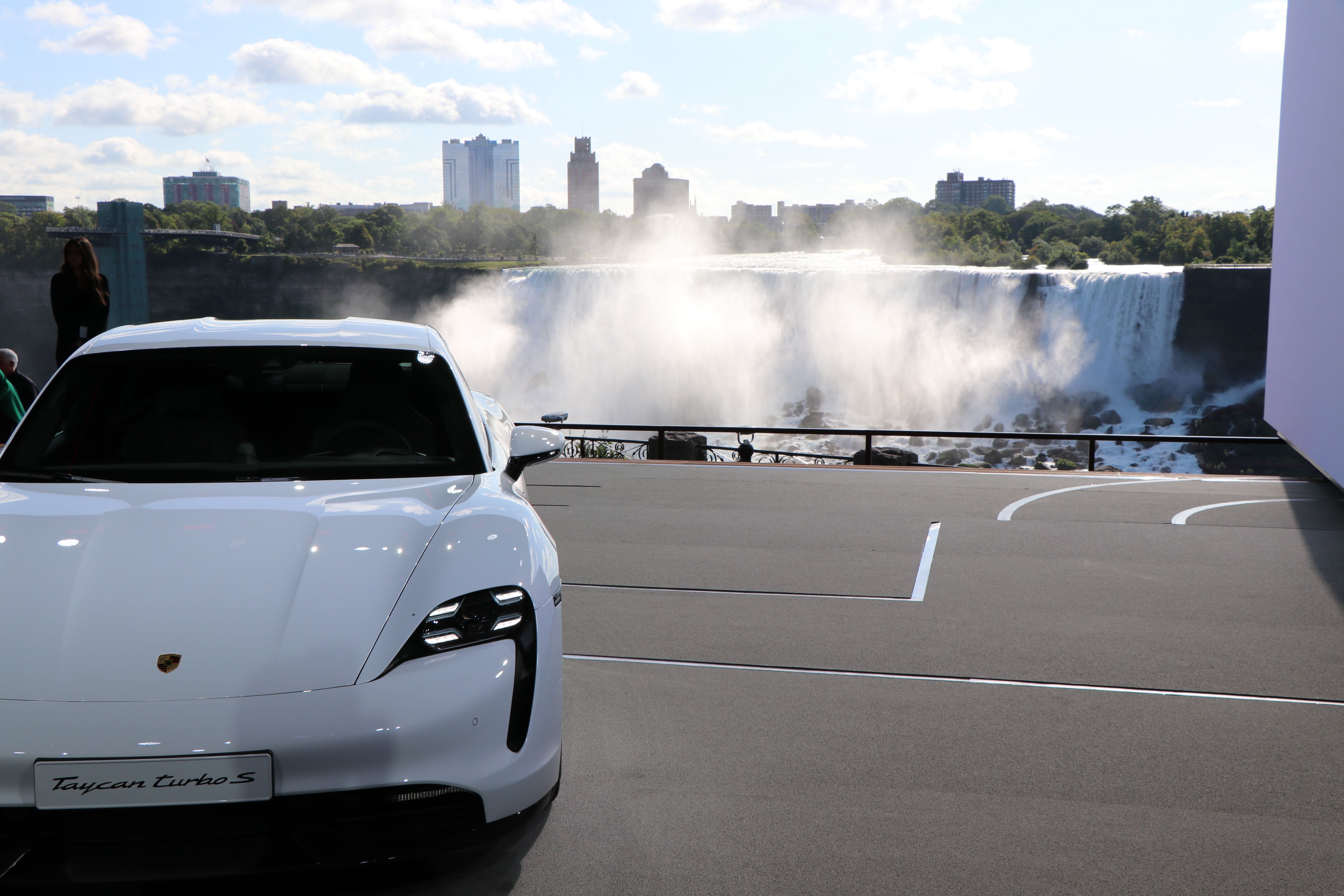 Porsche has just released arguably the most important car in its history. A legacy automaker, whose iconic 911 has seen over 50 years in production and over 1 million units produced. An automaker that’s willing to go out on a limb and invest billions into the development of its first all-electric high-performance sedan to compete in a market that Tesla unequivocably dominates in. Unwavering to shareholder pressures to minimize disruption to the company’s biggest conventionally powered moneymakers, Porsche has remained focus on building products to support an electric future – a risk that many other automakers aren’t willing to take yet.

After all, isn’t Tesla’s mission to accelerate the world’s transition to sustainable energy? I bet Tesla CEO Elon Musk himself would much rather see the Taycan in the market than not. It was he who once noted, “It’s a good thing,” referring to BMW’s entry into the market with the i3, “They need to bring it to market and keep iterating and improving and make better and better electric cars, and that’s what’s going to result in humanity achieving a sustainable transport future. I wish it was growing faster than it is.”

Still, the community is quick to point out the Taycan’s slower 0-60 mph time of 2.6 seconds versus Tesla Model S Performance’s 2.4 second time. Combined with the Taycan’s much higher price point that rivals that of some home mortgages, its lesser 280-mile WLTP-rated range versus Tesla’s 345-mile EPA-rated range, and it becomes instant social media fodder for a highlight-reel knockout that derails the entire mission.

But here’s the thing, Porsche never set out to build an affordable EV, as fellow Tesla owner and long-time EVangelist Dennis Pascual reminds us. That’s not their audience. And their audience may not realize the immense value of having up to 370-miles of range like the Model S and access to a vast Supercharger network. For many, it will be their second or third Porsche but first foray into the world of EVs. Having a familiar gauge cluster, albeit in digital form, and driving experience that they’ve been accustomed to is where these owners will find solace with the Taycan.

Porsche’s target buyer also isn’t one that balks at the idea of engaging regenerative braking through a traditional two-pedal driving style. In fact, it’s embraced. With massive 10-piston calipers up front and track-ready ceramic brakes ready to bite, there’s no mistaking the Taycan to be anything less than a driver’s car with Nürburgring roots.

Configuring a Taycan online, as I found out, was a strength-training exercise for decision paralysis. Everything can be customized.

Must have personalized door sill guards? Porsche has that for you. What material? Black or aluminum? Great. Now, would you like that illuminated? No problem! By the way, did you mean standard aluminum or brushed aluminum?

Porsche’s seemingly endless assortment of options is every bit appreciated and expected by luxury car buyers, as it is daunting for the average Tesla consumer who’s accustomed to simplicity.

My particular Taycan Turbo S build started from a base $180k and quickly skyrocketed to over $240k after tacking on $60k in options. At nearly a quarter-million dollars, we’re in exotic car territory.

The bottom line? The Porsche Taycan isn’t supposed to be a Tesla. And that’s a great thing.

If someone wants to spend their money on this #EV instead of an ICE… I'm cool with it… Still supports the mission of Tesla and of all #rEVolutionaries to get folks into an #EV let's not get into a circular firing squad against EVs, not everyone wants a Tesla

Porsche Taycan isn’t supposed to be a Tesla. Stop it.