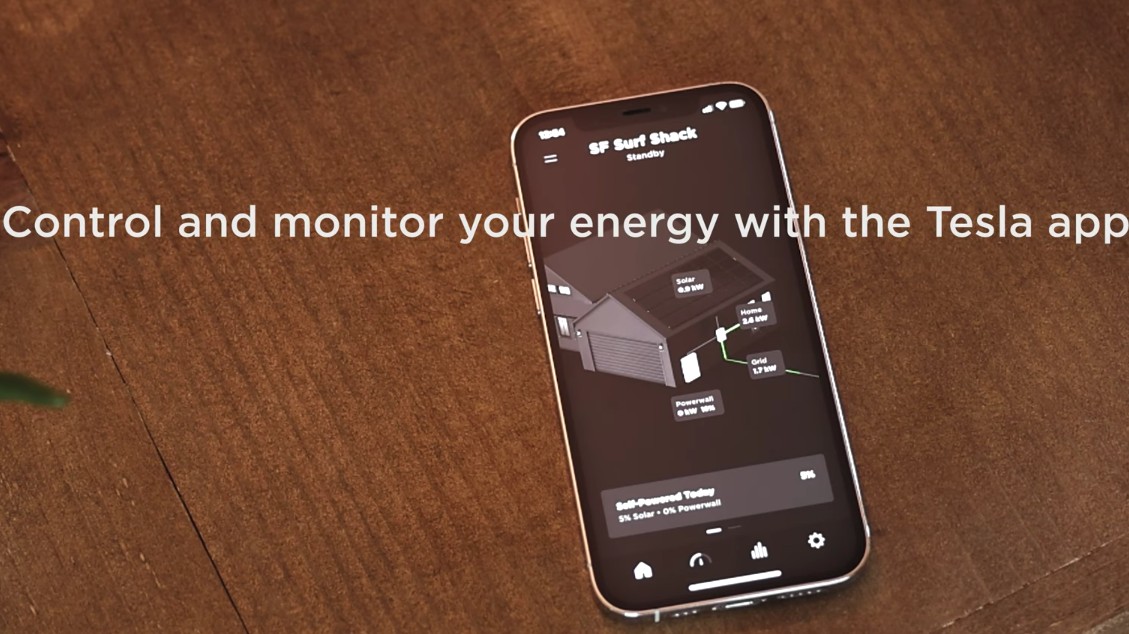 A recently-released video showcasing Tesla’s suite of solar and battery storage products has provided a short glimpse of what could very well be an upcoming update on the company’s mobile app. Based on the video, it appears that the Tesla app will soon feature a new user interface with animated elements.

Tesla’s suite of products, including its energy storage units, could be monitored and controlled through its mobile app. This allows Tesla Energy customers to have full access to their battery storage and solar system’s features, including those that were released through an over-the-air software update like the Powerwall 2’s Storm Watch function.

The brief clip of the updated Tesla mobile app interface showcased in the recently-released video is very similar to the findings of noted Tesla owner and resident hacker @greentheonly. Green remarked that he found some new media assets for Tesla’s energy products inside a vehicle software update in a recent set of tweets. The hacker mentioned that the media assets he found were animated, just as they were depicted in the recently-released video.

Probably can make cartoons with all the assets 😉
(I wonder what's licensing like?) pic.twitter.com/ikztgSPN1N

Interestingly enough, the new media assets that the Tesla hacker found included avatars for other energy products like the Megapack and an item listed as an “industrial generator.” Also notable was that the assets were found in software for Tesla’s electric cars. This may very well be a coincidence, though speculations suggest that the company may also be looking into accessing Tesla Energy-related functions from its vehicles in the future.

While Tesla Energy has mostly taken a backseat to the company’s electric vehicle program, the business has seen some notable growth over the past years. In the company’s Q4 FY 2020 Update Letter, Tesla revealed that its energy storage deployments grew from 1.65 GWh in 2019 to over 3 GWh in 2020, accounting for an 83% increase Year-over-Year.