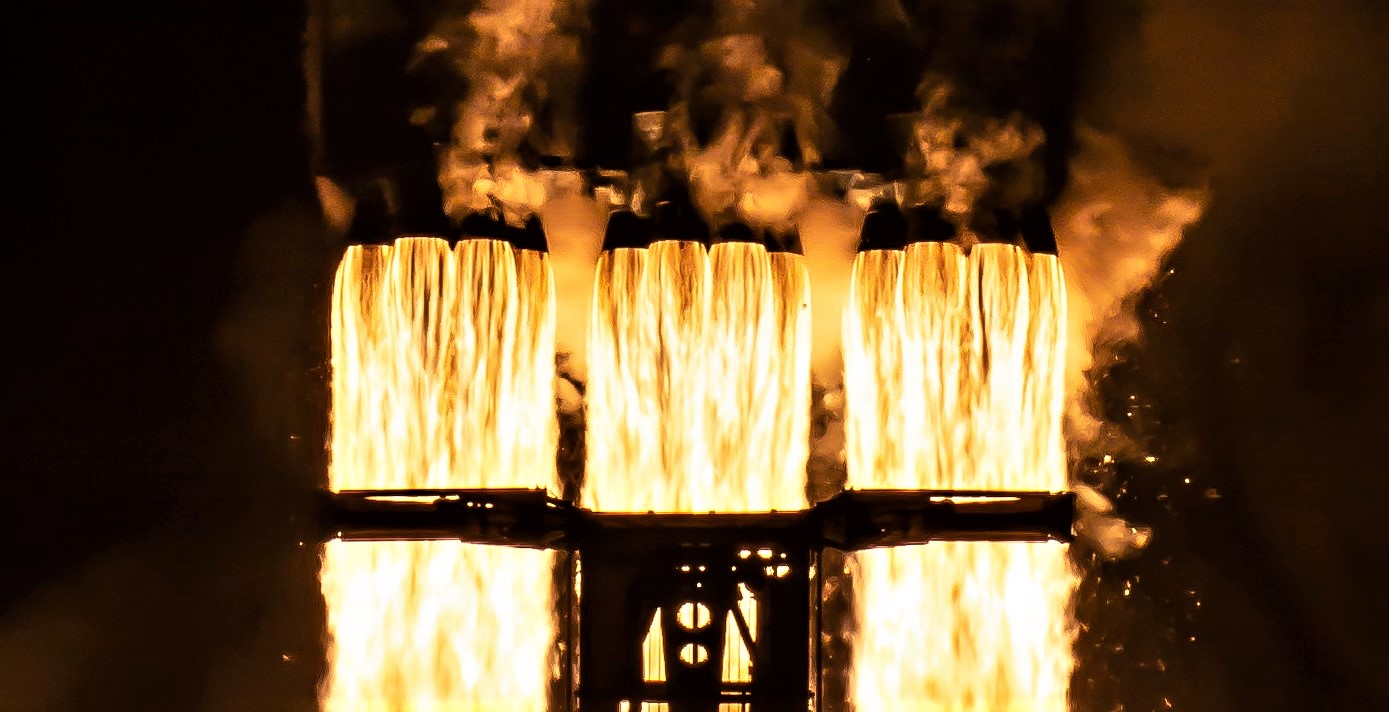 NASA has selected SpaceX to launch two modules - the backbone of a proposed lunar space station - on one Falcon Heavy rocket. (NASA)

Days after SpaceX won a NASA contract to launch a galaxy-mapping space telescope, the space agency has selected Falcon Heavy to launch a small space station to the Moon some four years from now.

Loosely known as Gateway, NASA and a few of its ‘centers’ have been floating the concept for years – partially on its merits as a potential platform to dip toes into crewed deep spaceflight and explore the Moon but mostly as a way to give the bloated Space Launch System (SLS) rocket and Orion spacecraft a destination for destination’s sake. Weighed down by an extremely inefficient European Service Module (ESM), NASA couldn’t use Orion to replicate its famous Apollo Moon missions if it wanted to.

Lacking the necessary performance to safely place Orion and its astronauts into the Low Lunar Orbit (LLO) optimal for a new round of crewed Moon landings, Orion/ESM on its own is limited to higher, more exotic lunar orbits with less immediate value. As a result, NASA’s Lunar Gateway will be delivered to a “near-rectilinear halo orbit” (NRHO) where it will orbit the Moon’s poles at altitudes between 3,000 and 70,000 kilometers (1,900-43,000 mi).

Bureaucratic machinations and sunk-cost fallacies aside, any space station orbiting the Moon would be an impressive technical feat and an undoubtedly exciting venture. NASA says SpaceX’s combined Power and Propulsion Element and Habitation and Logistics Outpost (PPE/HALO) Falcon Heavy launch contract will ultimately cost approximately $332 million, although that figure includes vague “other mission-related costs” that could have nothing to do with SpaceX and be separate from the company’s actual launch services.

Less than a year ago, NASA awarded SpaceX $117 million to launch Psyche – a scientific spacecraft with an overall cost similar to PPE/HALO – on Falcon Heavy.

Possibly contributing to the unusually high cost is the fact that Falcon Heavy will need a stretched payload SpaceX is already working on for the US military to launch the massive PPE/HALO stack, which will stand around 15 meters (50 ft) tall and weigh ~14 metric tons (~31,000 lb) when combined. While heavy, that payload mass is somewhat mundane for SpaceX, which has launched 17 16-metric-ton batches of Starlink satellites since November 2019.

What isn’t mundane for SpaceX is launching such a large payload beyond Starlink’s low Earth orbit (LEO) destination. According to a virtual presentation recently given by a Northrop Grumman HALO engineer, PPE/HALO will be delivered to an elliptical orbit similar but lower than the geostationary transfer orbit (GTO; ~250 km by ~36,000 km) traditional for commercial communications satellites.

That low target orbit thankfully means that PPE/HALO wont be SpaceX’s first fully expendable Falcon Heavy launch. Depending on how far below GTO NASA is willing to accept, SpaceX could potentially launch PPE/HALO and attempt to land all three first boosters at sea, a configuration that leaves enough performance to send 10 metric tons to GTO. If SpaceX proposed Falcon Heavy with an expendable center core, the rocket could feasibly launch PPE/HALO beyond GTO, cutting the amount of time it would take for PPE to slowly spiral out to the Moon with its electric thrusters.

NASA says the launch is scheduled no earlier than (NET) May 2024 – decidedly optimistic given that the space agency has yet to even award HALO’s production contract.