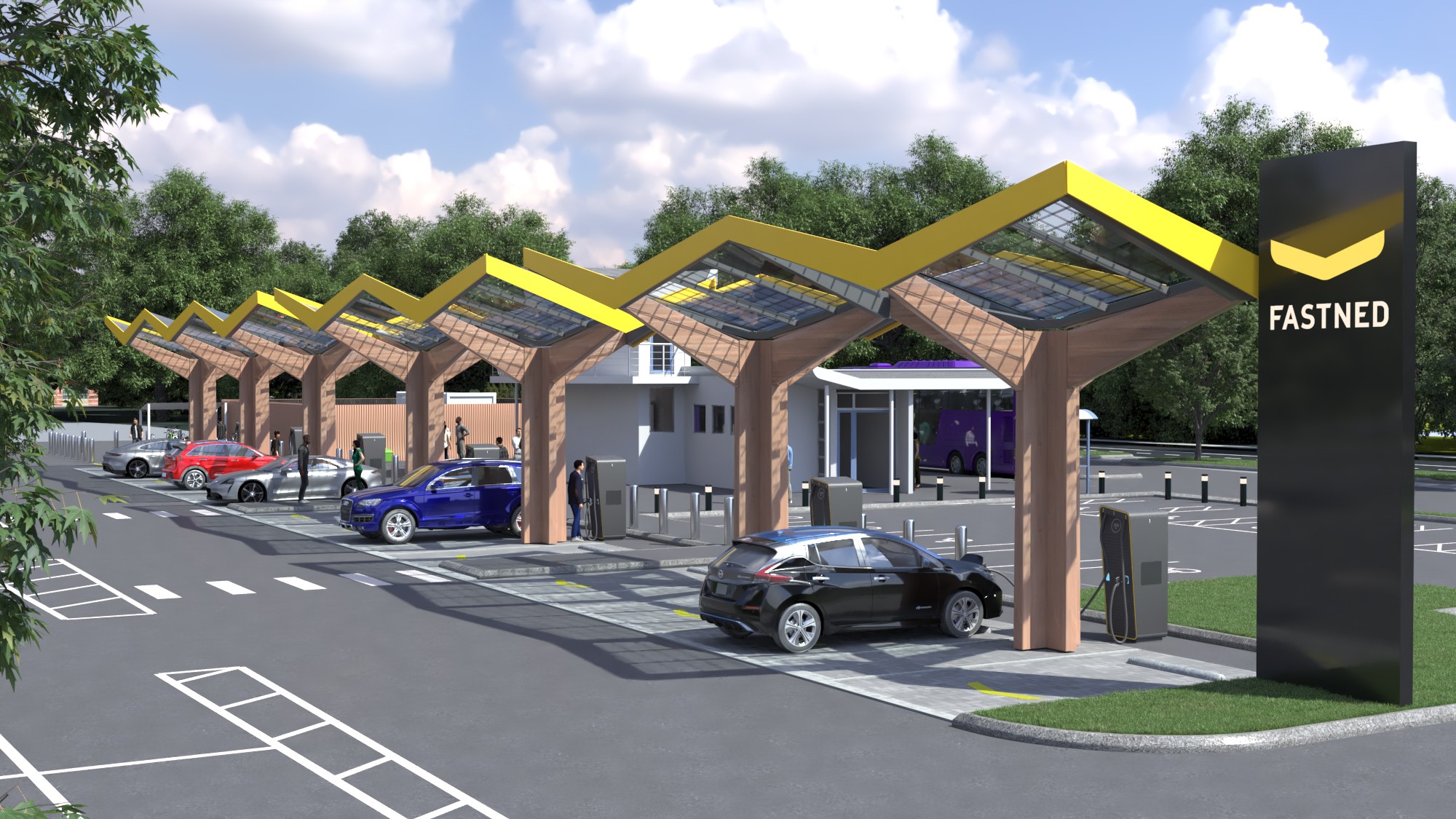 Fastned announced the partnership with Tesla on Friday, but there are several other entities that are teaming up to bring more EV chargers to the UK. Along with Tesla, Fastned is working with the Oxford City Council, Pivot Power, and Wenea to “build and operate one of its largest fast-charging stations at the Energy Superhub Oxford.” Along with the 14 fast chargers, Tesla will install 12 Superchargers on site, according to Fastned’s press release.

Initially, 10 EVs will be able to charge simultaneously at rates of up to 300 kW. To put this into perspective, Tesla’s most powerful Superchargers are the V3 chargers it rolled out a few years ago. These are capable of 250 kW peak charging rates, which offer up to 1,000 miles of range per hour of charging. Fastned says it can expand the station with four additional chargers in the future, and the station “will become part of the growing Fastned network in the United Kingdom.”

It will be Europe’s most powerful EV charging hub with up to 10 megawatts of power available. This will open the door for a future expansion, the company noted.

The Tesla partnership with Fastned is not the first time the two companies have worked together to expand electric vehicle charging options. In October 2020, Tesla, Fastned, and the Seed & Greet Bakery opened Germany’s largest fast-charging hub with 28 total charging stalls. 20 of them were Tesla V3 Superchargers, the other 8 Fastned’s 300 kW fast-chargers.

The two locations that Tesla and Fastned have worked together to develop have utilized sustainable energy for the projects. Like the previous project in Germany, Tesla and Fastned will utilize only energy from the sund and wind, “generated partly on-site by its trademark solar canopy.”

“Our mission is to accelerate the transition towards electric mobility by giving freedom to electric drivers. EV drivers experience this freedom when they know that fast and convenient charging is omnipresent,” Fastned CEO Michiel Langezaal said. “Energy Superhub Oxford is a great initiative by the City Council that supports us in working towards that goal. We need hundreds more and will therefore continue to engage with landowners and partners such as Pivot Power across the UK. Big stations are the only way to provide charging capacity to the exponentially growing number of EVs coming to our roads.”