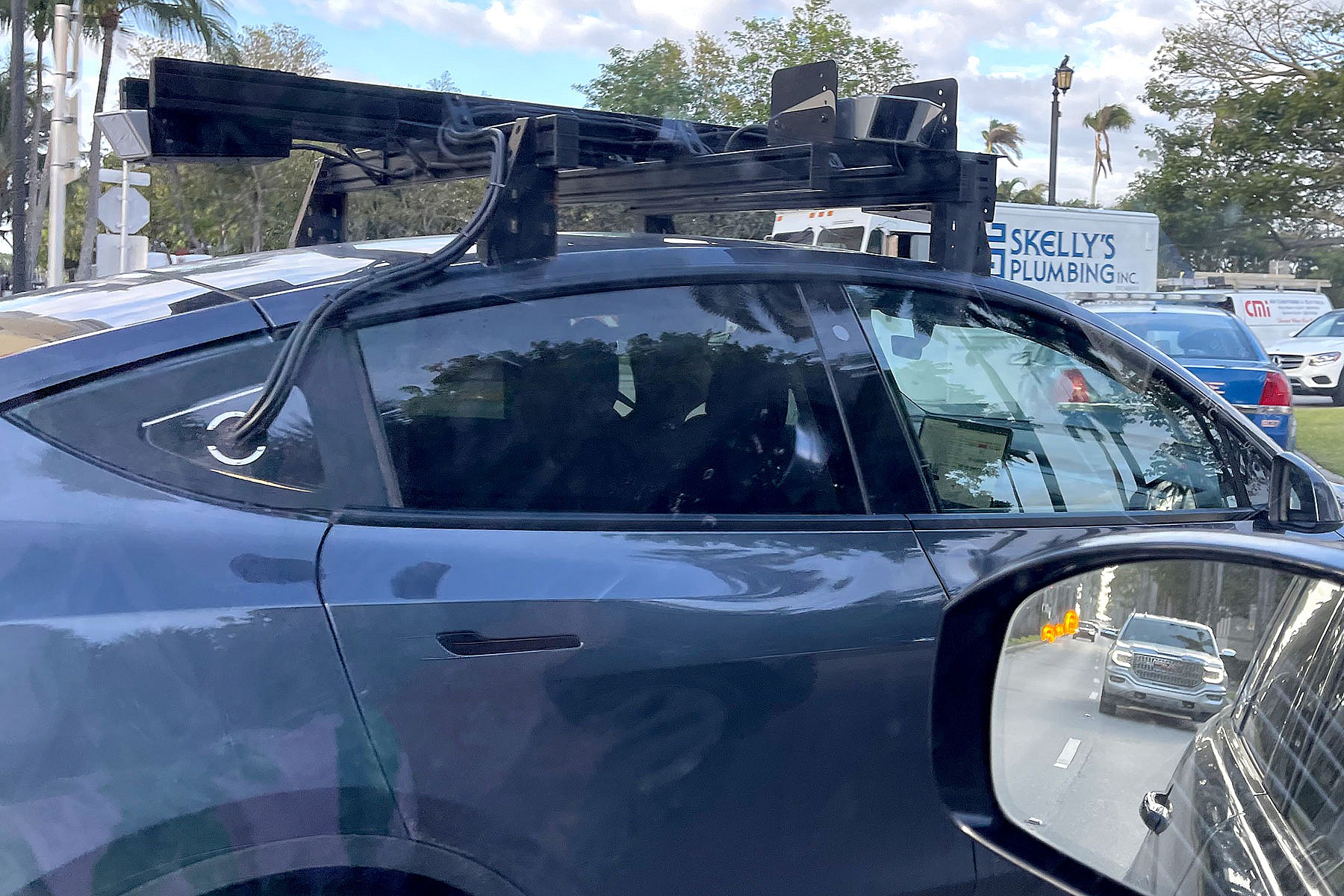 Tesla’s rumored use of LiDAR systems from Luminar on a Model Y crossover have shot the company’s stock upward. After a Model Y was spotted in Palm Beach, Florida over the weekend sporting a hefty Luminar LiDAR rig, speculation raged on regarding Tesla’s potential use of the system. However, don’t expect Tesla CEO Elon Musk to backtrack on his previous comments on LiDAR, where he called it “a fool’s errand.” The company has other plans for its future self-driving initiatives.

Following the Model Y spotting in Florida on May 20th by Grayson Brulte, there was plenty of speculation regarding Tesla’s potential use of LiDAR systems for its self-driving programs that are still in development. In reality, Tesla has used LiDAR in the past to test its vehicles. The real reasoning behind the testing is not necessarily known, but there are plenty of speculative reasons for the Luminar rig’s installation on top of the Tesla Model Y, and one could be simple benchmarking to test Tesla’s admitted vision-based approach to Full Self-Driving.

To begin, Luminar stock had a healthy boost in value on Monday morning, where it peaked at nearly 9.5% higher than its closing price per share on Friday afternoon. Since the reports this morning, Luminar stock has settled down slightly, trading at only a .37% increase in price. Riding the wave of Tesla’s meteoric influence on stock price, it is probably safe to assume that the news of Tesla utilizing the company’s LiDAR equipment is the reason for the stock surge, but it isn’t expected to stay up there on Tesla’s support alone. Tesla won’t use LiDAR.

Recently, Tesla scrapped its radar and camera-based approach to self-driving in favor of a camera-only system. CEO Elon Musk elaborated on Tesla’s decision to go with a camera-only approach during the Q1 2020 Earnings Call, where he compared the eight exterior cameras on a Tesla to having eight eyes on your head.

“And when your vision works, it works better than the best human because it’s like having eight cameras, it’s like having eyes in the back of your head, beside your head, and has three eyes of different focal distances looking forward. This is — and processing it at a speed that is superhuman. There’s no question in my mind that with a pure vision solution, we can make a car that is dramatically safer than the average person,” Musk said.

Nevertheless, the use of Luminar’s LiDAR systems, in particular, is interesting. Tesla recently lost its Vice President of Legal, Al Prescott, to Luminar. Additionally, Luminar sold the sensors to Tesla as a part of an agreement between the two companies, Bloomberg reported this morning.

Still, despite the use of LiDAR by Tesla as the company continues to refine its self-driving initiatives, there is no indication that Tesla will ever revert its stance on the systems. Earlier today, Tesla removed any reference to radar from its Model 3 and Model Y pages, further solidifying its confidence in camera and vision-based systems for its future rollout of the Full Self-Driving suite.