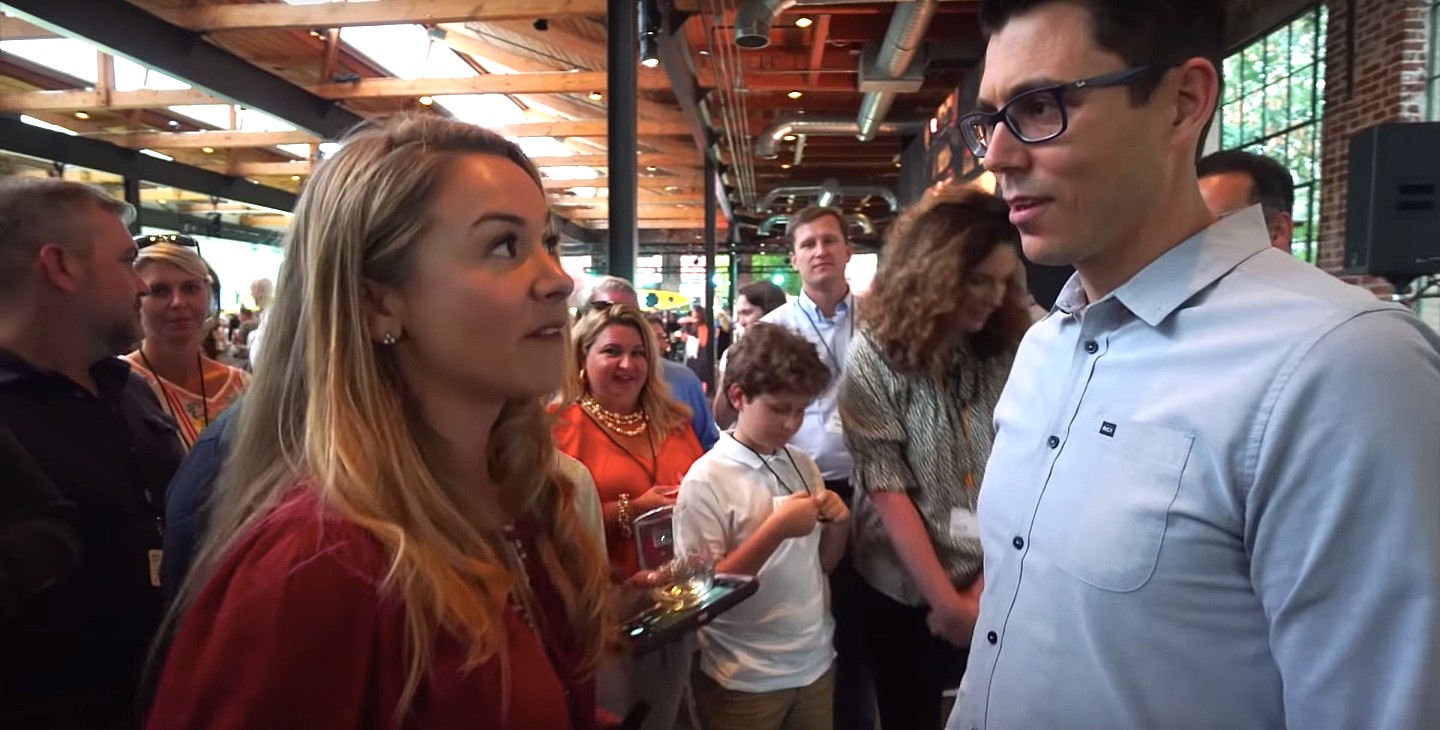 Kim of the YouTube channel Like Tesla was able to attend one of Rivian’s reservation holder events as a guest and even to spend a few minutes with CEO RJ Scaringe to ask him questions about the company’s inspiration to create an eco-friendly vehicle.

Kim attended the Rivian event by her friend Matt, who was one of the first people in the U.S. to take a delivery of the Tesla Model 3 almost two years ago.

Rivian has made a lot of noise in the electric vehicle community in the past few months, including news that Amazon CEO Jeff Bezos is buying 100,000 delivery vans from the Plymouth, Michigan-based manufacturer to deliver its packages. The events are a chance for Rivian to highlight its new R1T pickup truck and R1S sport utility vehicle for pre-orderers to see. Rivian has hosted a few events, most recently one in Seattle, Washington on September 28 where they displayed a brand new blue color that will be available for the R1T.

In her short interview with Scaringe, Kim was able to ask the Rivian CEO if he could “tell people who are into Tesla but unfamiliar with Rivian, why this is such a cool car and why people should take a look at Rivian.”

“Well, I think we are at a point where variety and different options, especially different ways in making tradeoffs in a vehicle so important. If you look at Teslas, they’re great cars, they really helped make electric cars cool, so we love what they’ve done, but we are trying to do something that is very different by enabling outdoor, active lifestyles,” Scaringe said.

Both the R1T and R1S are designed to do exactly what Scaringe said: make people enthusiastic about outdoor activities by giving them a car that can handle both off-road and on-road situations in a variety of different terrains. Both Rivian vehicles have an incredible three-feet of wading depth, enabling them to function in an impressive fashion even though a majority of their car is underwater.

Rivian’s vehicles are impressive due to the fact that they are much different than the stereotypical offroad vehicle. ICE vehicles that are geared toward off-roading and all-terrain driving are usually very inefficient in terms of gas mileage and power. “What you see today is vehicles in that space tend to be very inefficient, whether its a Jeep or a Land Rover. So what were doing, is really good on-road, really good off-road, and also, of course, really efficient,” Scaringe said.

And he’s right. For example, a Jeep Wrangler gets around 20 MPG and only has 285 horsepower. Rivian’s R1S will give owners 400 miles of range on a single charge along with a massive 750 horsepower quad-motor system. Rivian’s vehicles will give owners the capability to be Earth-friendly while exploring all the beautiful scenes that our planet has to offer.

Watch Kim from Like Tesla’s video on the Rivian Reservation Holder’s Event below: