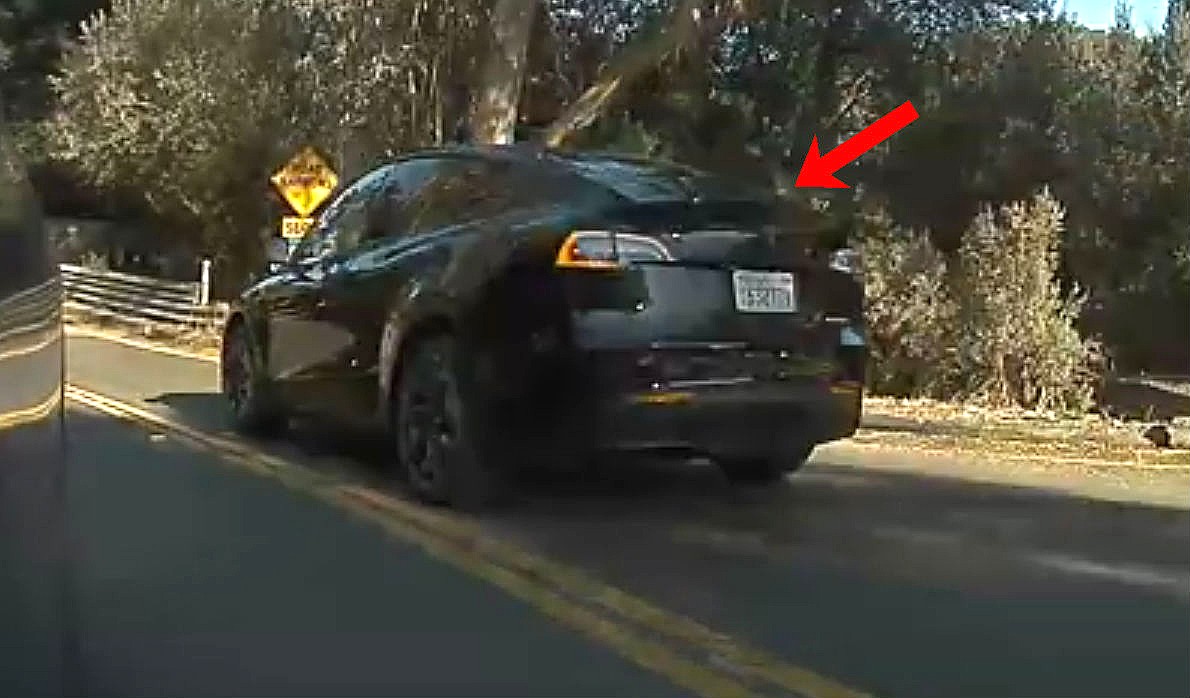 A Tesla Model 3 owner proved fortunate enough to capture footage of a rare Model Y prototype in the wild. The sighting, which happened to be recorded thanks to the Model 3’s built-in dashcam feature, transpired near Tesla’s headquarters in Palo Alto, CA.

The sighting was initially reported yesterday on the Tesla Motors Club forum, with member Cstreet sharing a couple of screenshots taken from his Model 3’s dashcam footage. Video clips from the Model 3’s front and side cameras were later shared following requests from members of the popular online Tesla-themed forum.

While Tesla’s built-in dashcam has a distinctly yellowish hue, it appears that the Model Y prototype spotted by the Model 3 owner is not the same blue, chrome-deleted test mule that the electric car maker used for test rides during the crossover’s unveiling event last March. Instead, the unit spotted in the wild appears to be a black Model Y release candidate, which are vehicles that are used to test specific functions and capabilities.

The sighting of the Model Y in the wild bodes well for the vehicle and the electric car maker’s plans for its production. When the Model Y was unveiled, CEO Elon Musk gave a rather conservative timeframe for the crossover’s production, stating that manufacturing of the vehicle will start around Fall 2020. This is notably conservative, compared to Tesla’s trademark aggressive timetables.

The Model Y has the potential to be Tesla’s most disruptive and lucrative vehicle yet. The vehicle is a crossover, a segment that is incredibly popular today in key regions such as the United States, Europe, and China. Couple this with the fact that the Model Y’s price is closer to the Model 3 than it is to the Model S and X, and the vehicle will likely see sales figures that exceed even that of its sedan sibling.

Ultimately, the Model Y could prove to be Tesla’s own Trojan Horse for the auto industry. The crossover was unveiled in an understated manner, in an event far more muted than that of the Semi or the Model 3. Yet, the vehicle carries Tesla’s latest innovations, both in terms of EV design and production. All things considered, the Model Y might very well give a pleasant surprise when it starts deliveries, perhaps sooner than expected.