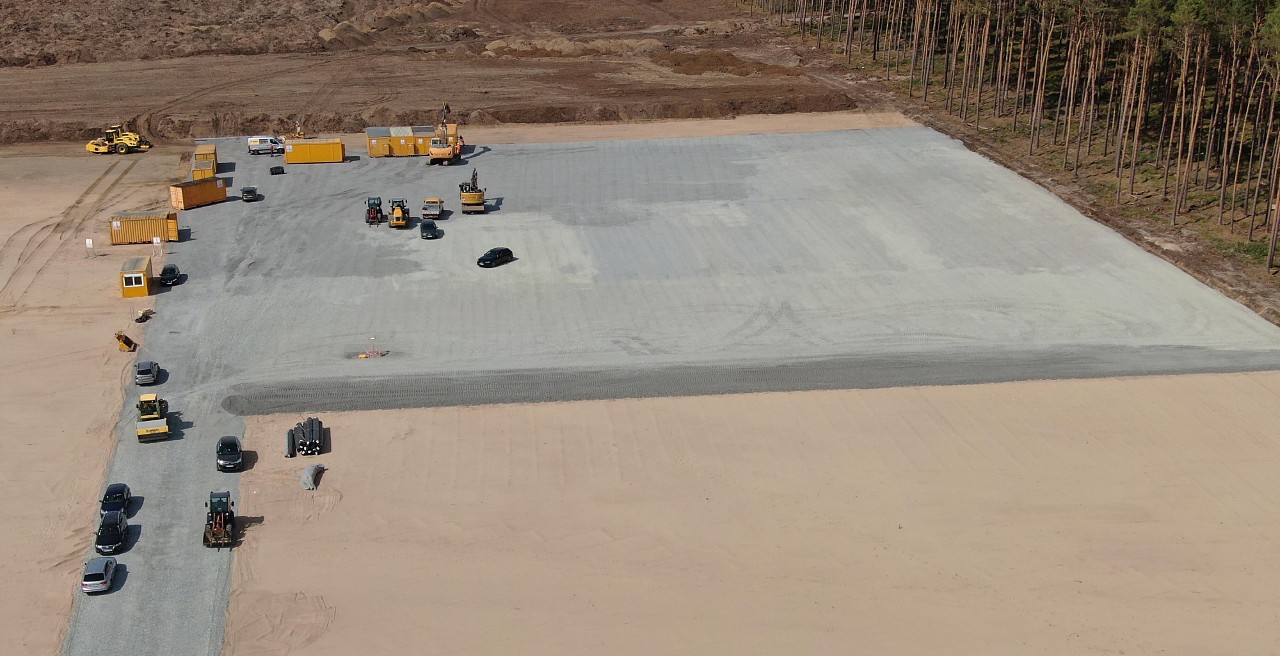 Tesla’s Gigafactory Berlin in Brandenburg has been given preliminary building permits for foundation work by the State Environmental Agency.

Tesla will now be allowed to build the foundation of Giga Berlin in Grünheide, where the company purchased a plot of land and has begun developing a 90-hectare area for the first stages of construction, according to a report from Märkische Onlinezeitung.

Tesla now has permission to compact areas where building materials delivered by train can be stored as well. The State Environmental Agency stated that any construction work should be carried out above an aquifer, a body of permeable rock that contains or transmits groundwater. This measure will protect drinking water from being contaminated by chemicals or other potentially harmful materials.

As per the recently granted permit, construction vehicles on the site must be refueled outside of the drinking water protection area, and noise measurements are going to be conducted to maintain the crew’s compliance with local guidelines. Tesla’s teams were required to stay under a certain decibel level when performing tree removal at the site in January.

Construction will be permitted between the hours of 6 a.m. and 10 p.m. on weekdays. The permit also states that Tesla will be carrying out the measures at its own risk. The project has still not been fully approved due to some portions of the process that cannot take place until social distancing measures are lifted. Residents are allowed to voice concerns about construction projects that are occurring near their place of residence, and COVID-19 restrictions are not favorable for a gathering of people.

Some local government officials have recommended a webcam-based meeting, but this scenario would not fit German regulations because not every citizen has internet access. The meeting is still expected to take place at some point soon, but likely not until coronavirus regulations are lifted in Germany and group gatherings could resume.

This certification marks the third time Tesla has received early approval for a project related to Giga Berlin. The first was a tree removal permit, and the second was related to preparatory groundwork and excavation. Tesla has assumed complete responsibility for the site, which means if the project were for some reason to be denied, the company would be required to return the land back to its original state.

Gigafactory Berlin is expected to be completed by July 2021 and will begin with Model Y production. The plant is expected to employ 12,000 people, providing a substantial positive impact on the German economy.