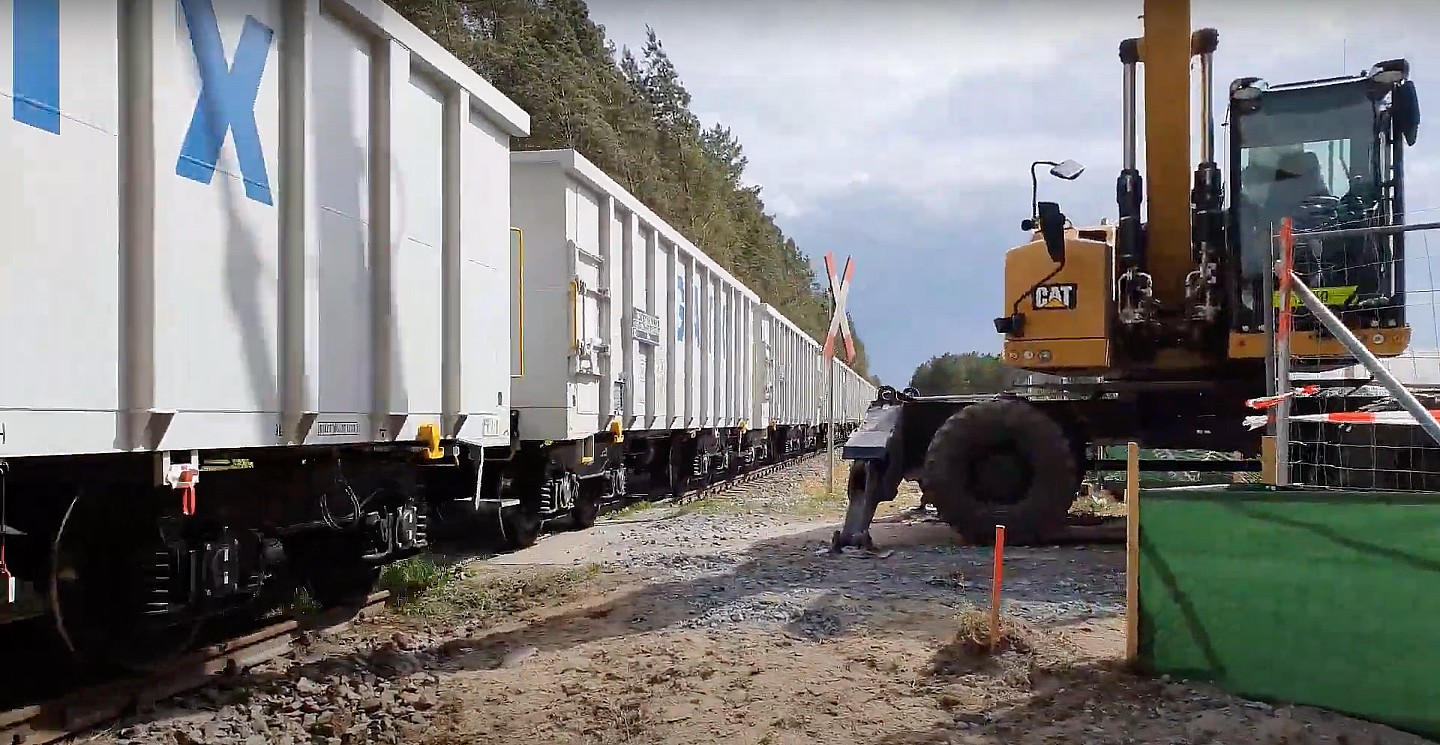 Tesla has spent the first five months of 2020 developing and preparing the 90-hectares of land it purchased for the initial construction phases of its first European production facility known as “Giga Berlin.” Developments out of Germany now indicate that Tesla’s construction crews are utilizing a series of trains to transport and deliver gravel to the site, which will be used to build roads for construction vehicles.

In late March and early April, crews neared the end of the land leveling process, which entailed the ability for teams to break ground on the Giga Berlin facility.

This process was initially scheduled for the latter portion of March, but the COVID-19 pandemic caused some delays in the construction process. Also, Tesla CEO Elon Musk would not have been in attendance due to travel restrictions that would prohibit him from returning to the United States from Europe.

Now that the land leveling and excavation, along with the removal of trees from the area has been completed, construction crews are beginning to prepare for the facility’s initial construction processes.

This entails a comprehensive preparation process that will allow construction vehicles to easily maneuver their way into and out of the Giga Berlin site itself.

Video has emerged of the trains that will be used, thanks to @Gf4Tesla. The trains appear to be ready to transport gravel and rock that can be used for temporary construction roads.

Although Tesla’s other production facilities in Fremont, California, and Shanghai, China were both affected by temporary closures due to the current pandemic, it appears that Giga Berlin is moving along as scheduled and will not have any delays in construction.

Even though the construction crews are working efficiently to keep the project on track for its anticipated July 2021 completion date, it

In a recent turn of events, German politicians have assured Tesla that its project will remain on schedule. Both Brandenburg Minister of Economic Affairs Jörg Steinbach and German Economy Minister Peter Altmaier have extended words of support for Tesla’s current project. Steinbach has stated in the past that he is willing to utilize extended exemptions that are usually required by Federal Law to help the project stay on schedule.

Meanwhile, Altmaier believes that Giga Berlin will open on time, and the project will not be subjected to additional delays because of the coronavirus pandemic.

Both economic politicians are openly supportive of the Giga Berlin project and Tesla’s presence within Germany. The electric automaker plans to employ 12,000 people at the German facility that will produce 500,000 vehicles annually.