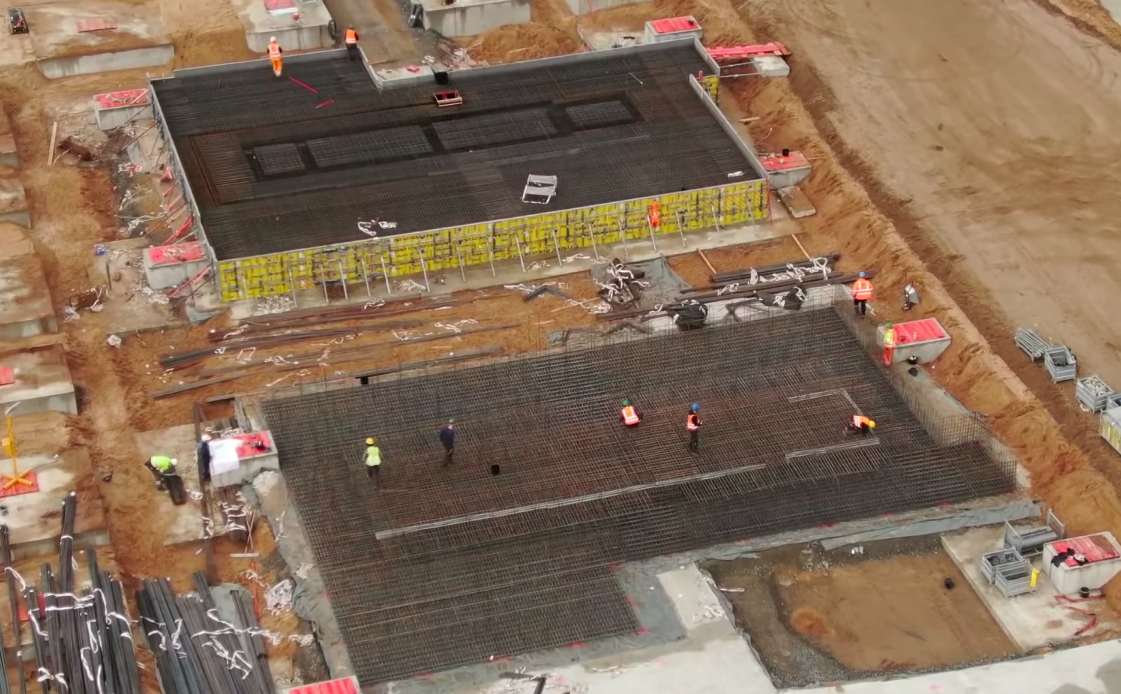 The construction activities at the Gigafactory Berlin site continues to progress at a rapid pace, almost to the point where there are major developments being reported every week. Amidst the ongoing construction of the facility, recent drone flyovers of the complex have shown something quite remarkable: the areas designated for the company’s “Giga Press” machines are getting some serious foundation work.

As remarked by Tesla enthusiast and drone operator Tobias Lindh in a recent YouTube video, the foundational work in several sections of the Giga Berlin site is quite noteworthy. This is especially true for the Giga Press and stamping areas, both of which feature foundations that look almost overkill. The foundations themselves utilize an almost insane amount of metal, with thick slabs of concrete seemingly being placed on top of piles.

These observations suggest that Tesla is building Gigafactory Berlin to be a facility that could last for an extremely long time. The fact that the company is building monster foundations for its casting and stamping areas further suggests that Tesla has also gathered some important insights from the initial setup of the Fremont Factory’s Giga Press machines, the first of which started operating in August.

The use of Giga Press machines is key to Tesla’s quick ramp of the Model Y in Gigafactory Berlin. Using the machines, Tesla is able to build the Model Y with far fewer parts, improving costs and making the vehicle’s production process easier. Automotive veterans such as Sandy Munro have remarked that such innovations could go a long way in improving Tesla’s efficiency while establishing the company’s place as one of the industry’s most innovative carmakers.

Interestingly enough, filings submitted for Gigafactory Berlin have revealed that as many as eight Giga Press machines will be set up in the complex. This is quite remarkable, as it hints at other vehicles in Tesla’s lineup potentially receiving the Giga Press treatment. Considering that Elon Musk has hinted at the facility eventually producing Tesla’s affordable $25,000 car, there seems to be a good chance that the upcoming vehicle may be produced with single-piece casted parts similar to the Model Y.

Watch a recent flyover of the Giga Berlin site in the video below.