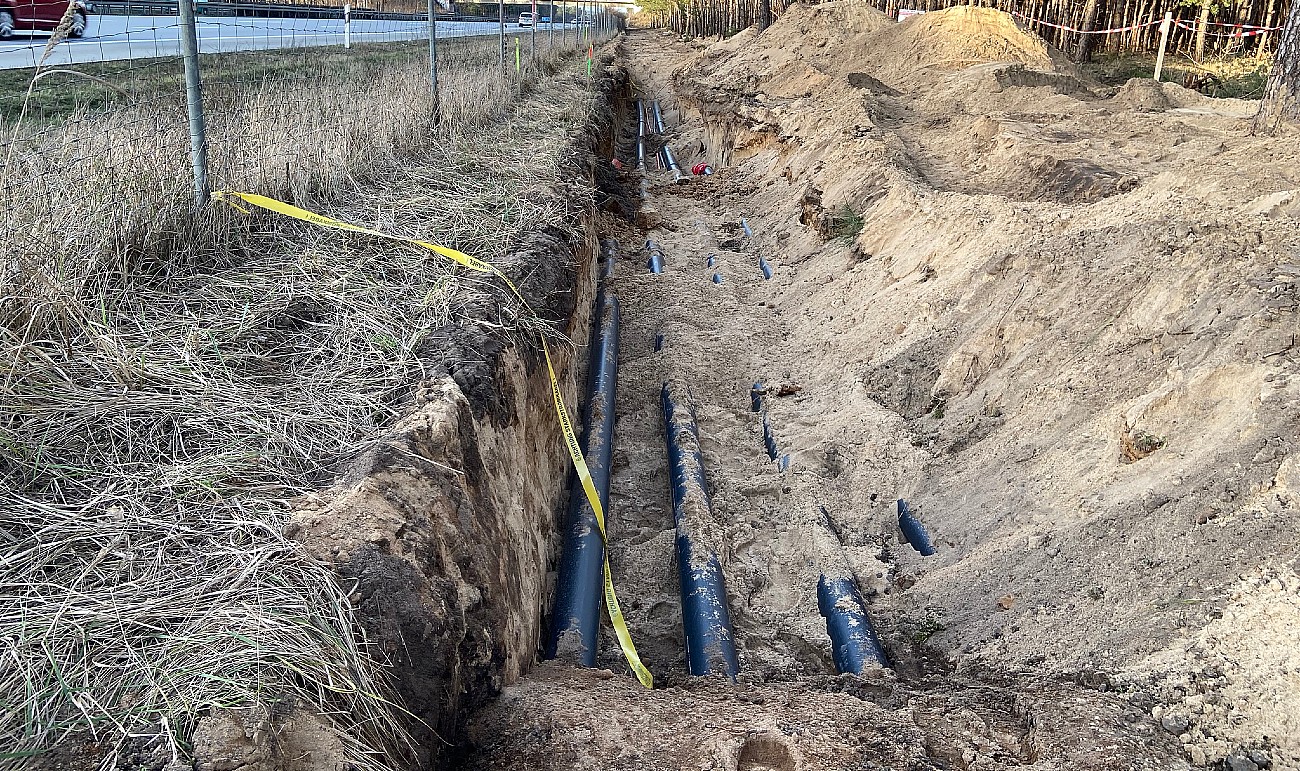 Crews working at Tesla’s German site are ramping the installation of electrical cables that will supply power to the area when initial construction activities for Giga Berlin begin later this month. The cables are expected to supply Giga Berlin with electricity when the plant begins producing vehicles in 2021.

Tesla completed the clearing of trees from the first 93 hectares of land on February 29, despite losing a week of time due to a complaint filed by the Brandenburg Green League. Now the construction process is ramping up. Power cables are being positioned around the site to provide electricity to crews who will be responsible for building the plant itself.

Emil Senkel shared video footage of construction vehicles digging holes in the ground. These holes run under the L38 road that runs South of the Giga Berlin construction site.

The cabling being laid today are expected to be used for providing power to the upcoming electric vehicle plant when the building is finished. Thus, the cables will likely remain in place when Giga Berlin begins the initial production of the Model Y crossover in Germany.

Local sources indicate that the digging process for Giga Berlin’s underground cables started around two weeks ago, though some cables placed into the ground are yet to be functional. The cables run from the west of the Giga Berlin property, then south parallel to the Bundesautobahn 10 freeway. The cables then cut to the east and come under the L38 where they will eventually be connected to a power source.

Amidst these activities, construction vehicles like cranes are also beginning to arrive at the Giga Berlin site. Tesla enthusiast Tobias Lindh recently posted a photo of crane parts being delivered to the area. This suggests that some heavy work may soon begin at the future electric car factory’s construction zone.

These activities suggest that the groundbreaking of the Giga Berlin site would be scheduled for the near future. According to Brandenburg Economic Minister Jörg Steinbach, the groundbreaking event will likely take place in the second half of March. The event is highly anticipated, especially considering that the Tesla CEO has already confirmed his attendance.

March is looking to be one of the busier months for Giga Berlin. On March 5, local citizens will have the opportunity to voice their concerns about the Giga Berlin site to local officials. On the 18th, the building permit for Giga Berlin is poised to be discussed by the Ministry of Economics.