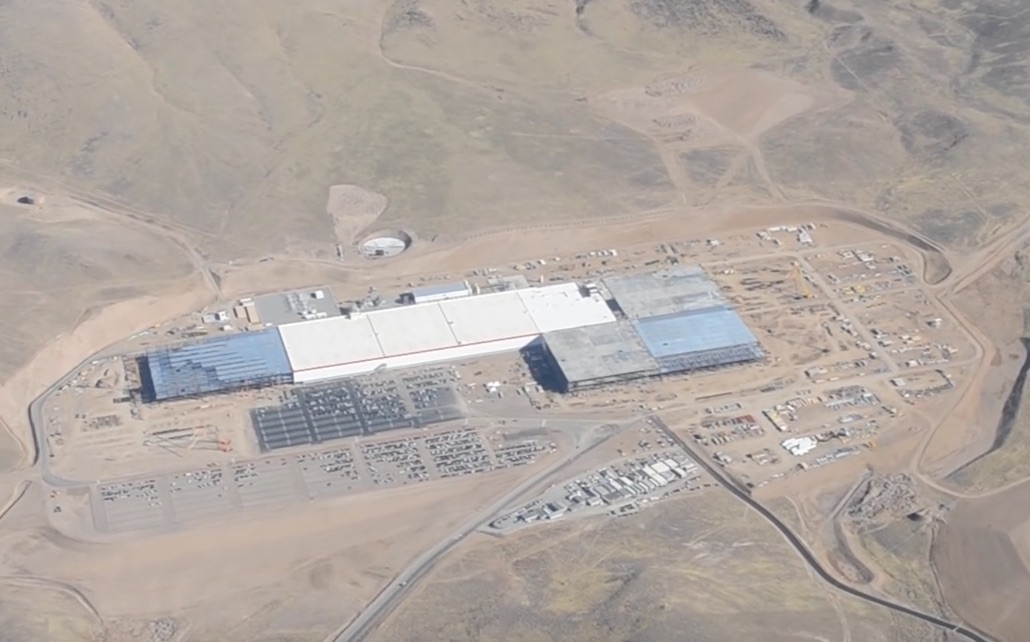 A pilot who goes by the name of superOOk on Tesla Motors subreddit took off from South Lake Tahoe airport on November 7 and headed northeast until he reached the site of Tesla’s Gigafactory 1 in Sparks, Nevada. Here’s his account of the trip:

“I recently had a chance to take a Cessna 172SP over to the Gigafactory 1 plant. This was shot with a GoPro III+ Silver and Nikon D3100. I’m not a professional photographer, just a pilot! Stopped at South Lake Tahoe (KTVL) airport for lunch, and then headed over to do a few orbits of the plant. Hope you enjoy! p.s. If you want to skip right to the flyover, it’s at 3:11.”, said superOOk.

Video of the 80+ mile flight has been sped up by a factor of ten.

Gigafactory 1 has already begun producing batteries for Tesla’s residential and grid scale energy storage products – Powerwall 2 and Powerpack 2 – which the company debut at the recent unveiling of its newest Solar Roof product.

According to Musk, it will take roughly 100 Gigafactories to supply all the storage capacity the world will need to transition away from using fossil fuels. However, Tesla does not intend to build all of those factories itself. Instead, Musk expects other companies will soon follow in Tesla’s footsteps and build battery factories of their own. But as with electric cars, if others do not step up to fill the need, Tesla will.