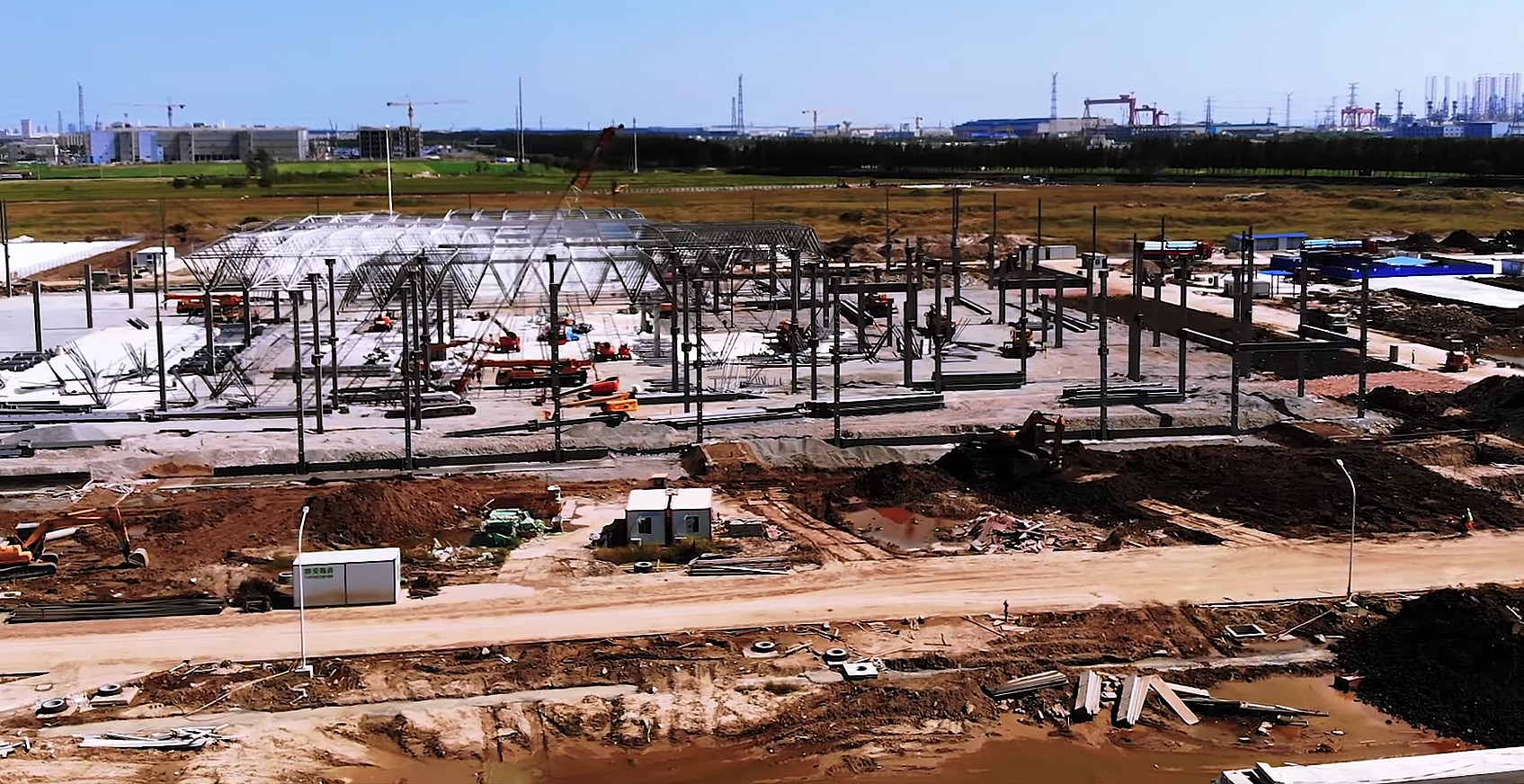 The Phase 2 area of Tesla’s Gigafactory 3 in China will be a battery plant, according to a recent report from a prominent Chinese media outlet. The update comes amid speculations that Gigafactory 3 has entered its production phase, and Model 3 production is just around the corner.

Chinese media outlet The Global Times noted in a report on Monday that it was able to speak with a person close to Gigafactory 3’s construction team. The source, who reportedly was surnamed Li, informed the publication that the electric car maker and its construction partner are building a battery plant in Gigafactory 3’s Phase 2 area.

Similar to the entire project’s pace, the construction of the upcoming battery plant is reportedly moving at an incredibly rapid rate. And considering recent updates on the Phase 2 area’s progress, it appears that Tesla’s battery plant might very well end up being completed even faster than Phase 1’s general assembly building, which currently dominates the Gigafactory 3 complex.

Gigafactory 3’s Phase 1 buildout was already very quick, with workers on the site erecting the general assembly building’s first pillar in the middle of March and essentially completing the facility less than seven months later. Over this time, Tesla and its construction partner have reportedly busied themselves refining and tooling Gigfactory 3 for Model 3 production.

While sources from China hint at Gigafactory 3 starting its Model 3 production activities sometime this October, veteran car analyst Feng Shiming has stated that he expects the first batch of Model 3 batteries to be fully assembled at the Gigafactory 3 complex on October 30, as per information he received from Tesla employees. Nevertheless, Feng stated that he expects Model 3 mass production to be achieved sometime in January 2020.

The veteran analyst also outlined what he believes is Tesla’s rationale behind its rapid push to get Gigafactory 3’s operations going. “The price of the Model 3 is relatively low, so Tesla needs to start sales in China as quickly as it can, and sell the car in large volumes to recoup its capital investment,” Feng said.

This is a particularly prominent point for the analyst, who added that Tesla’s target market for the Model 3 is far different from its market for the Model S and Model X. While the two flagship vehicles cater to affluent buyers who appreciate bleeding-edge technologies and who do not hesitate to pay top dollar for them, the Model 3 targets a demographic that expects a robust set of features for a lower price. “The new group of buyers regards Tesla as a replacement for internal-combustion vehicles,” Feng added.