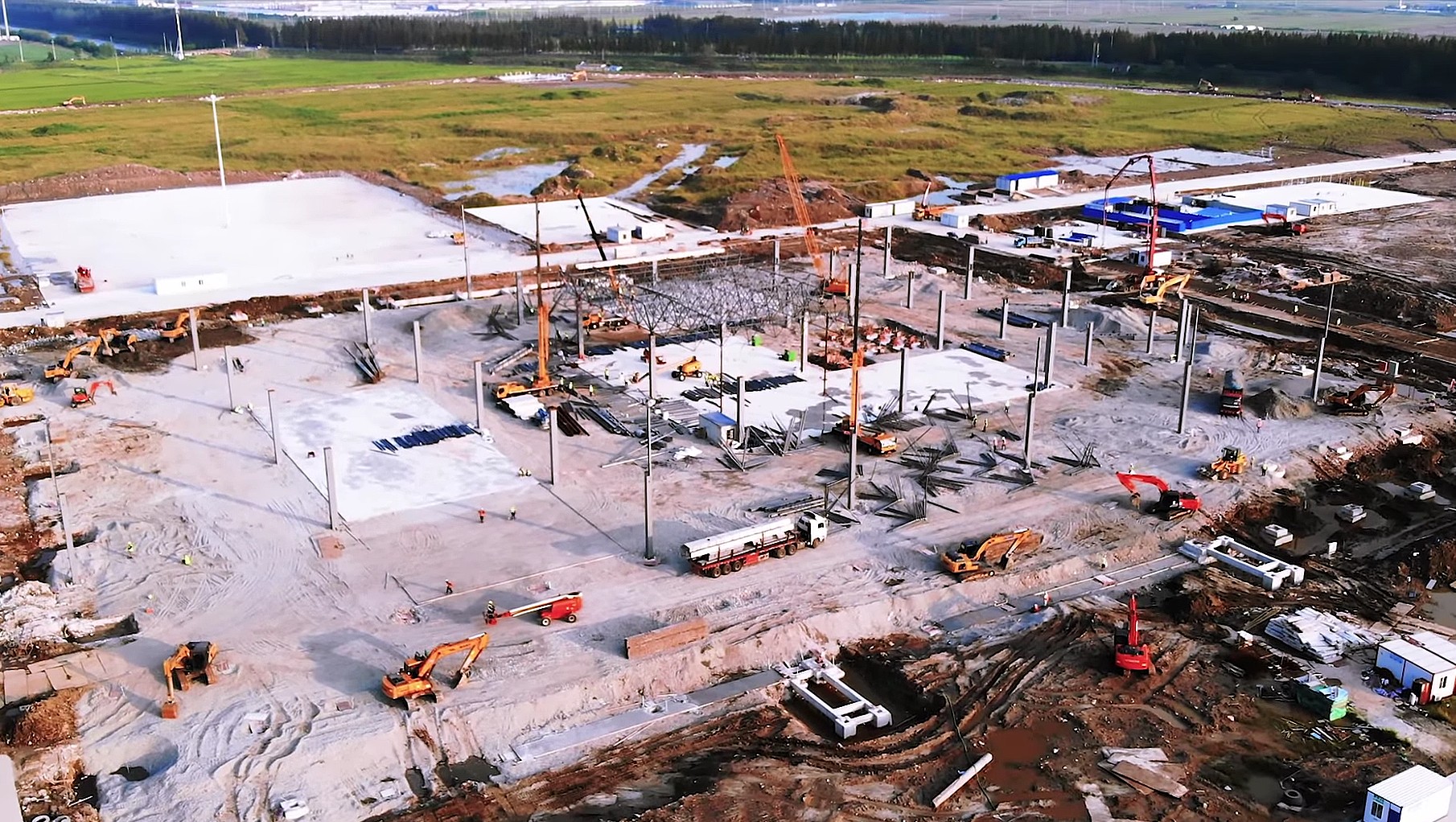 Tesla’s Gigafactory 3 in China is reportedly set to start the first production runs of the Made-in-China Model 3 within this month. Amidst these developments, construction activities in the complex’s Phase 2 area have begun accelerating, and other projects in the site, such as a Supercharger station, are also taking form.

Drone flyovers of the Gigafactory 3 complex reveal that a large section of land in the site’s Phase 2 area is being prepared for construction. Based on footage taken by drone operator Jason Yang and Tesla enthusiast Chao Zhou, the pile drivers that were deployed in the Phase 2 section have been removed. In their place is a large, paved plot of land and a series of pillars. Roof trusses are also being installed at initial sections of the Phase 2 area.

The pace of Phase 2’s construction shows that the buildout in the new area appears to be faster than the construction of the general assembly building, which is part of the Phase 1 zone. Roof trusses in the Phase 1 area took months, after all, yet it only seemed to take a few weeks for workers to begin the setup of the same pillars and roof trusses for Phase 2.

Apart from the flurry of activity in the Phase 2 area, Tesla and its construction partner also appear to be making great progress in the buildout of an onsite Supercharger station for the electric car production facility. Recent images taken of the Supercharger reveal that several parts of the station have mostly been finished, save for the installation of the actual charging stalls.

Reports from China suggest that Tesla is gaining momentum in the country’s local electric vehicle market. Even before Gigafactory 3 is activated, import data from Tesla China showed that the electric car maker imported 168% more vehicles year-over-year, thanks in no small part to the Model 3. In August 2019 alone, China imported over 3,700 vehicles, a 468% growth year-over-year. This was with Tesla importing every single vehicle into the country.

Recent leaks from China suggest that Gigafactory 3 will start production runs for the Model 3 sometime this month. Trial Model 3 production runs appear to have been started, as shown in leaks from the facility’s interior and a sighting of a completed vehicle in Gigafactory 3’s test track. Leaked images from the general assembly building have also shown vehicles that were fully painted, suggesting that the facility’s paint shop is already operational.

China is a key market for Tesla in the same way that Tesla is a key electric car maker for China. The country is currently attempting an aggressive push towards sustainability, and it needs prominent EV companies to accelerate the adoption of electric cars to its car-buying public. With a well-known EV brand like Tesla offering vehicles that are reasonably priced due to their local production, the pace of EV adoption in China could very well take several steps forward with Gigafactory 3’s activation.

Watch a drone flyover of the Gigafactory 3 site in the video below.