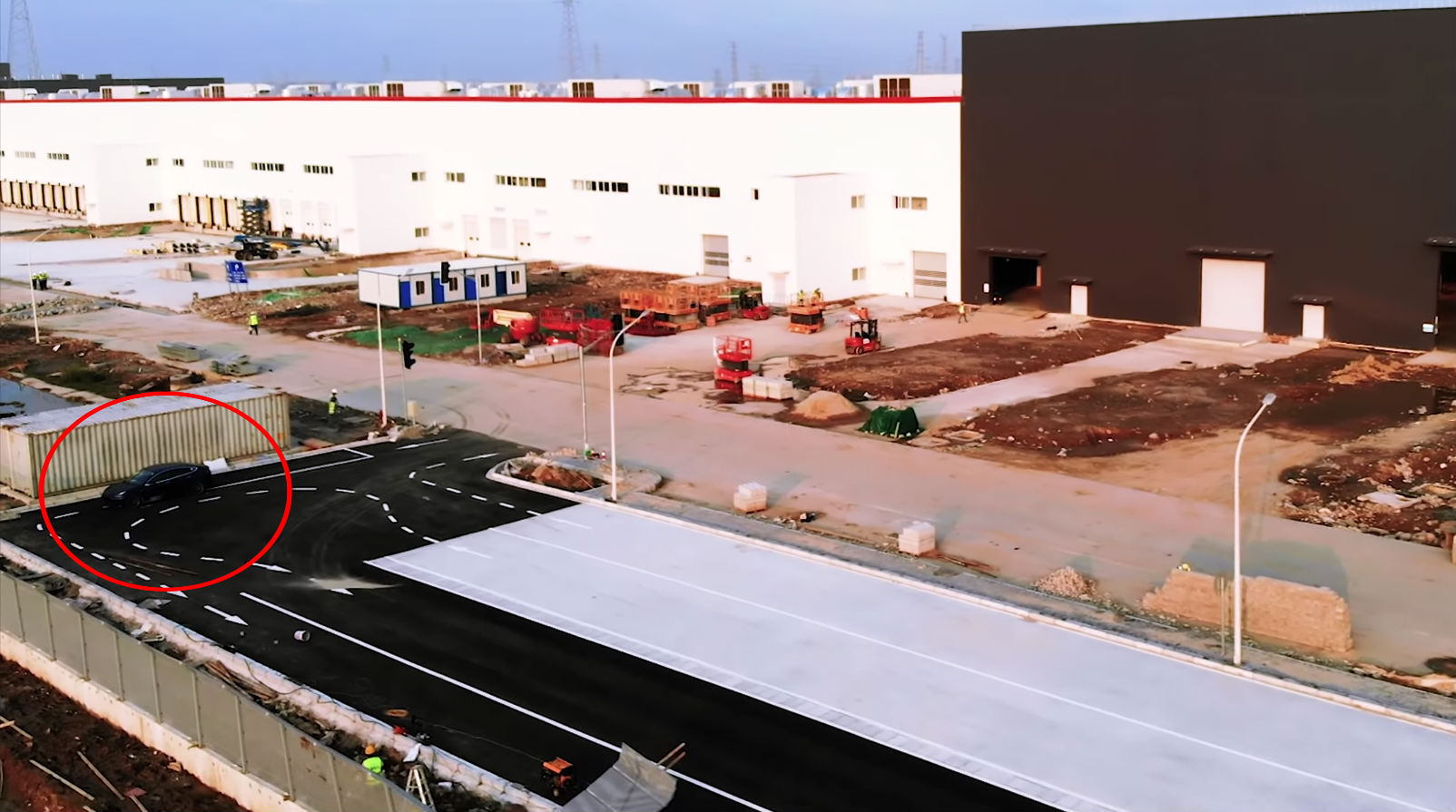 What appeared to be a fully-finished Made-in-China Tesla Model 3 trial production vehicle has been spotted in Gigafactory 3’s test track. The sedan, a black Model 3, was sighted during a recent drone flyover of the Gigafactory 3 complex.

Footage from Tesla enthusiast and drone operator Jason Yang captured a brief glimpse of the apparent Made-in-China Model 3 while it was driving over a section of the massive facility’s test track. The sighting comes as further leaks from Gigafactory 3’s interior revealed the presence of what appeared to be a working Model 3 production line.

While neither Tesla nor its construction partner in China has announced if trial Model 3 production runs are already underway in the Shanghai-based site, the presence of a fully-built unit of the best-selling all-electric midsize sedan in the Gigafactory 3 area bodes well for the electric car maker. Recent local reports, after all, suggest that Gigafactory 3’s production activities will start sometime in the middle of this month.

If the vehicle spotted in Yang’s drone flyover was indeed a Made-in-China Model 3, it would suggest that the electric car maker is poised to beat expectations once more. Even the ever-optimistic Elon Musk, after all, announced during the facility’s groundbreaking ceremony last January that he expects trial Model 3 production in Gigafactory 3 to begin at around the end of the year. Starting in mid-October means that manufacturing activities would begin in early Q4 2019 instead.

Videos and images about Gigafactory 3’s impending Model 3 production have been leaked over the past few weeks. Just recently, an image taken from the interior of Gigafactory 3’s general assembly building depicted eight Model 3 units, some of which were fully assembled and painted. Supercharger stalls have also been set up in the complex, and reports have emerged stating that LG Chem has begun mass production of 2170 cells that will be used for the electric sedan. These updates were shared online amid reports that the construction activities in Gigafactory 3’s Phase 2 area are progressing quickly.

Gigafactory 3 is as important for Tesla as it is for China’s electric car market. China is currently pursuing an aggressive goal for adopting electric transportation, and having a pioneer such as Tesla operating a locally-owned facility will likely increase the rate of EV adoption among local car buyers. This is one of the reasons why Gigafactory 3 is intended to only produce the affordable versions of the Model 3 sedan, and later, the Model Y crossover. By doing so, Tesla could compete in a market that used to be dominated by lower-priced EVs from local manufacturers.