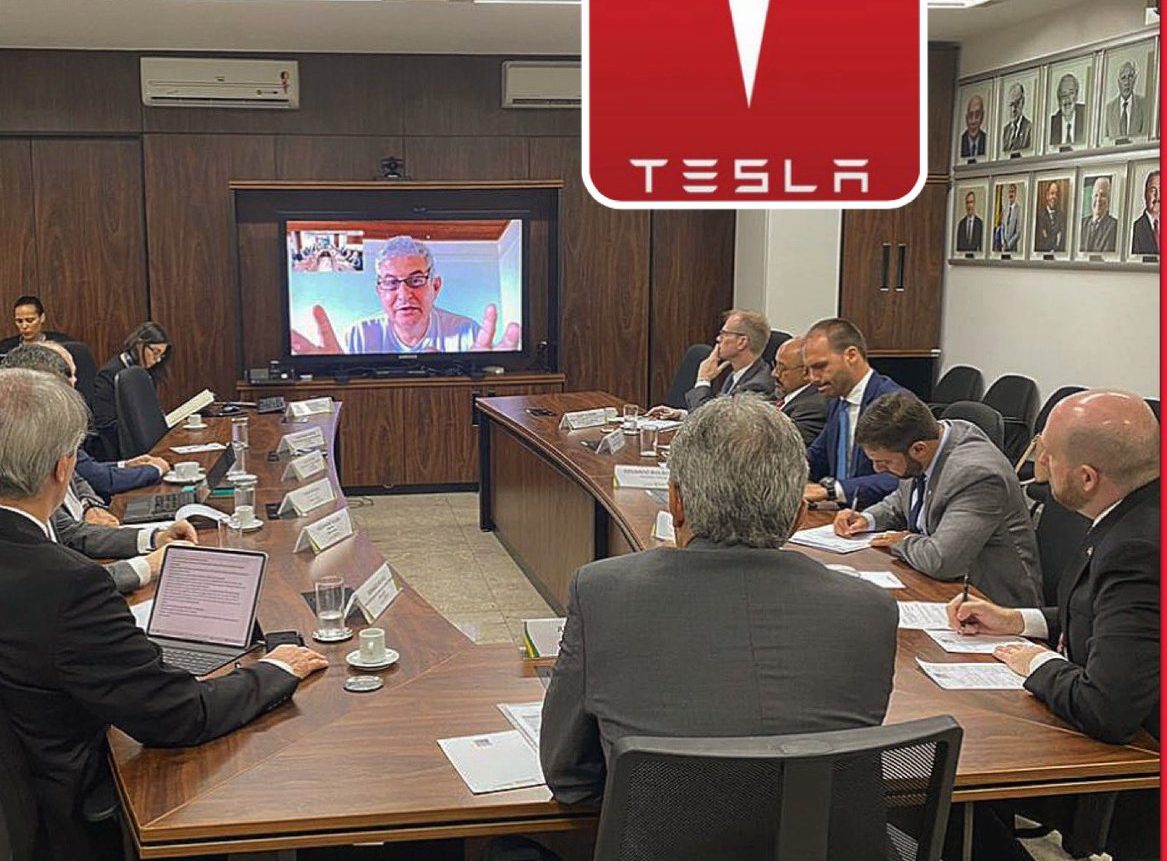 Brazil’s Minister of Science, Technology, Innovations and Communications Marcos Pontes and Congressman Daniel Freitas are reportedly in early talks about the potential for a Tesla Gigafactory in Brazil.

Both Pontes and Freitas did not disclose what company they’re negotiating with, only they hinted that it is one of the most valuable automakers in the world today. The officials also noted that they are hoping the talks will eventually result in the company opening one of its facilities in the country by 2023, the Brazilian publication NSC Total first reported.

However, a Tweet posted on Thursday by Eduardo Bolsonaro, son to Brazil’s President and a lawmaker in the country, would later confirm that talks have taken place between Brazilian authorities and William Popp, charge d’affaires at the U.S. embassy in Brasilia, on the prospect of Tesla opening up a factory in South America’s largest country.

Bolsonaro’s tweet follows earlier reports that officials met on Feb. 12 to discuss the initial plans to help the federal government convince Tesla of the benefits of setting up shop in the country. The plan is to form a delegation that may include President Jair Bolsonaro to visit the Tesla headquarters in the United States.

The official entry plotted on the schedule of Minister of Science, Technology, Innovations and Communications reveals that Tesla’s Senior Staff Manufacturing Engineer Anderson Pacheco was present via video conference in the office of Pontes. Pachecho graduated with a Master of Science in Production Engineering from Brazil’s Universidade Federal de Santa Catarina. He has been with Tesla for over 4 years now and works both at the Fremont facility and Gigafactory 1 in Sparks, NV.

Details are limited as of reporting but the proponents may encourage Tesla to put its first Gigafactory in South America at Santa Catarina, a state in Southern Brazil and roughly 1.5 hours by plane from Rio De Janeiro.

Meanwhile, Freitas is the author of a bill that pushes for the exemption of electric vehicles from import tax. The said bill also proposes tax incentives for EVs or hybrid vehicles produced in Brazil.

If the talks of the Brazilian government and Tesla prospers and results in the building of Giga Brazil, it would be another step towards Tesla CEO Elon Musk’s goal of having Gigafactories in every continent.

Can’t wait to bring Tesla to Brazil. One of my favorite countries!

Elon Musk also recently hinted that Tesla is considering a Giga Texas, which could be a perfect solution to ramp battery production or may even be the facility to help produce its upcoming all-electric Cybertruck.

Gigafactory Brazil also makes perfect sense as the country is considered a sleeping tech giant and is one of the countries of the future. With a Tesla strong foothold in Brazil, the distribution of Tesla vehicles in South America will be easier just like how the carmaker plans to do it in Asia with Giga Shanghai and in Europe with Giga Berlin.