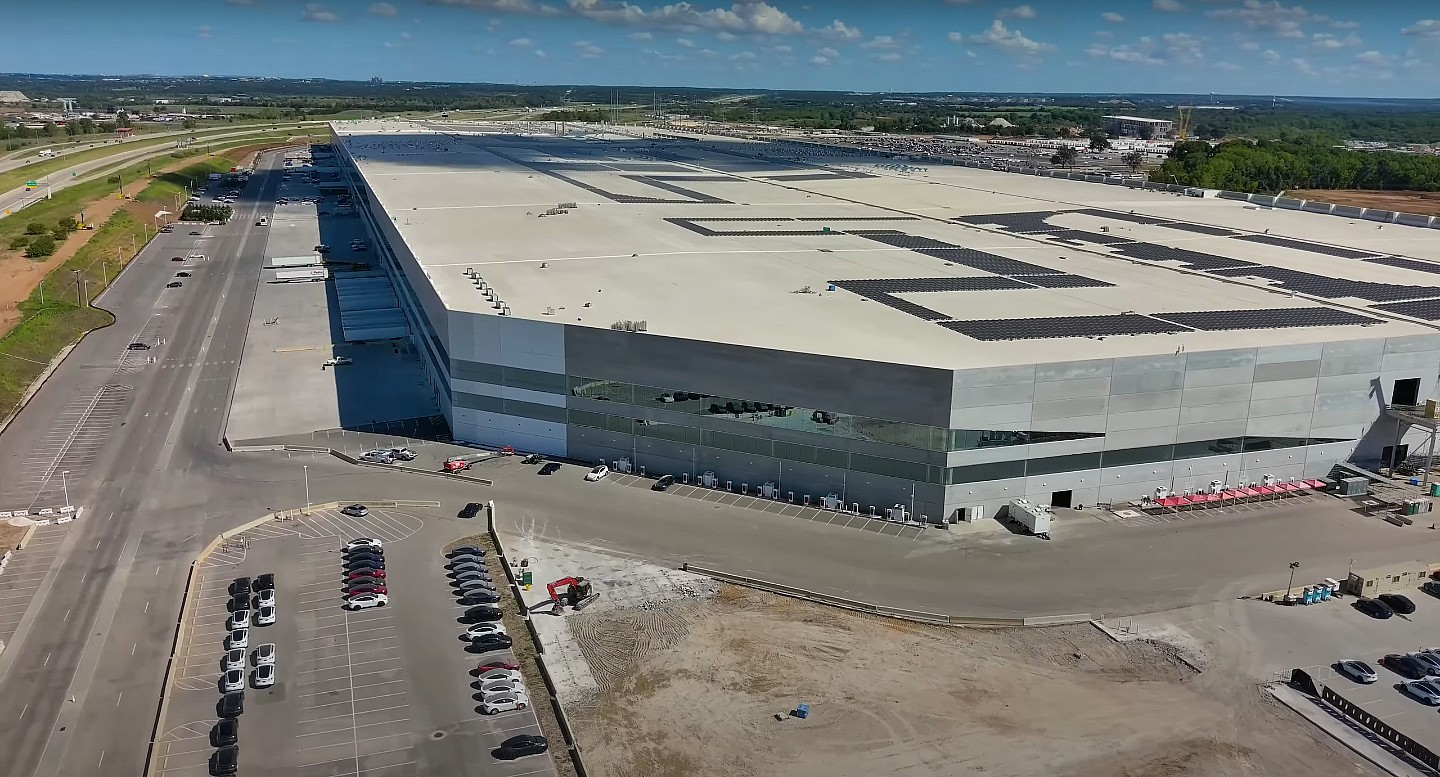 Recent footage of the Gigafactory Texas complex has revealed that the facility’s buildout is progressing well. Apart from some notable progress with its rooftop solar installation, some sections of the massive Giga Texas building are also being painted in Tesla’s iconic white color.

Gigafactory Texas is already producing Model Ys for consumers, but the facility is still actively undergoing construction. This could be seen in a video from longtime drone operator and Giga Texas watcher Jeff Roberts, whose recent flyover showed more Model Ys being moved out of the electric vehicle plant.

Also evident in Roberts’ footage was the work that was being done in the cathode area, which saw some new cranes. Some substantial deliveries were also present in the stamping area, suggesting that work inside the massive building is still actively ongoing. Overall, Giga Texas remains abuzz with activity, both inside and out.

Tesla’s original Gigafactory concepts showed gigantic, industrial-shaped diamonds painted with the company’s trademark white and red colors. On the roof of the facilities were massive rows of solar panels that covered the entire area of the factory itself. Giga Texas is well on its way toward achieving this appearance.

As could be seen in Roberts’ video as well as footage from Tesla enthusiasts such as @boblegogamer, a section of Giga Texas’ facade is now being painted white, similar to Giga Shanghai. The solar panels at the facility’s roof are also being expanded, with the word “Tesla” now being clearly spelled out.

Giga Texas is shaping up to be the company’s most eye-catching building yet. Giga Nevada grew from within after completing just about 30% of its intended footprint, and Giga Shanghai is a massive segmented complex filled with several buildings. The same is true for Gigafactory Berlin. Giga Texas, while still being constructed, is already a dead-ringer for the futuristic Gigafactory concepts that Tesla announced way back in 2013.

Check out Gigafactory Texas’ progress in the video below.