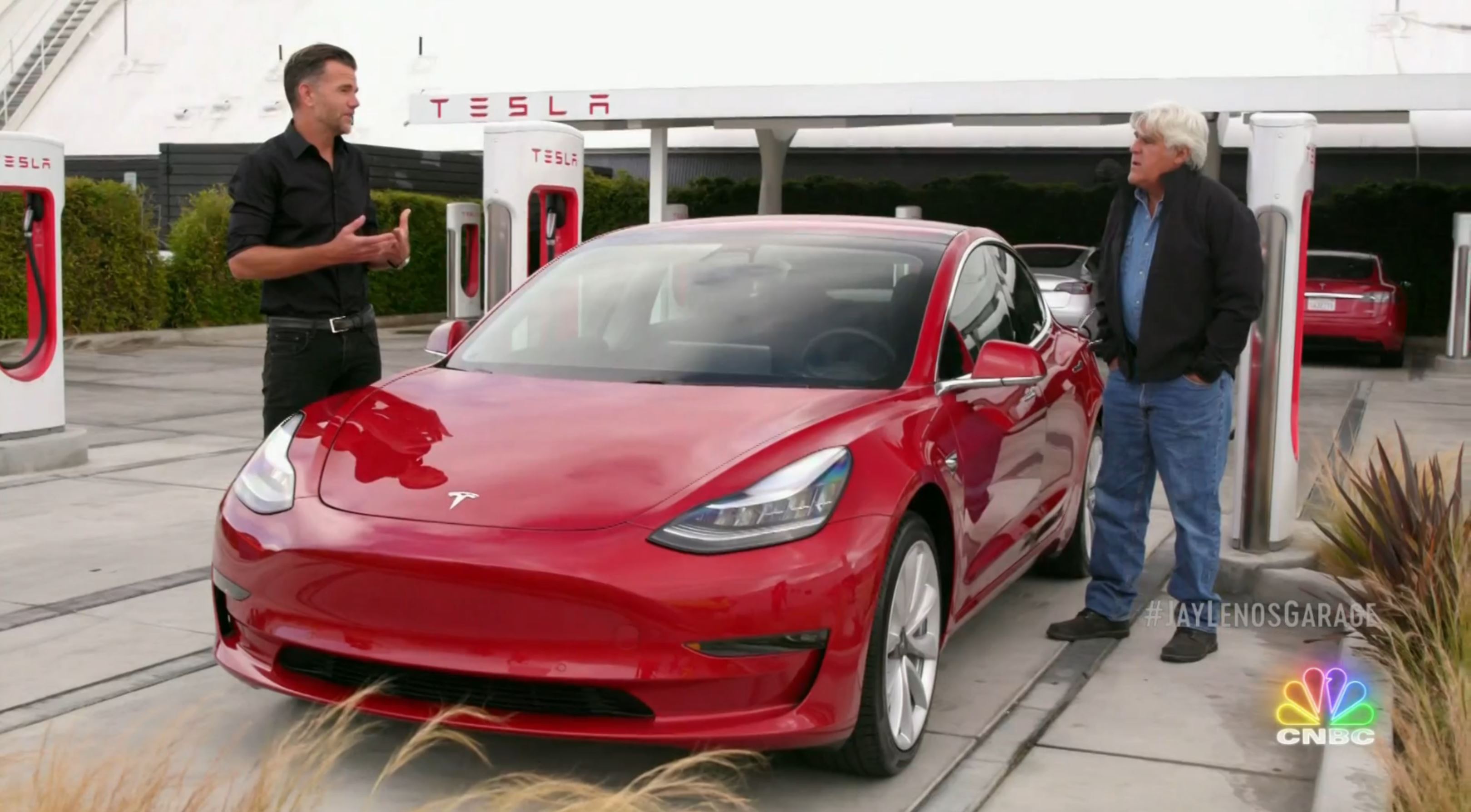 Legendary host, comedian and car aficionado Jay Leno recently made an appearance in an interview with USA Today. During his short segment with the publication, the iconic comedian expressed his thoughts about electric cars, their history, and what he believes is the likely end of the internal combustion engine.

Leno notes that he loves vehicles of all shapes and sizes, from iconic supercars like the McLaren F1 (amusingly the same supercar that Tesla CEO Elon Musk totaled in his younger days), the Lamborghini Miura, and the Bentley Speed Six. While Leno’s collection of classic cars are noteworthy, the host admits that he also has an affinity for modern vehicles, particularly one that has disrupted the auto industry with its all-electric construction: the Tesla Model S.

With the transportation sector’s shift to electric vehicles underway, Leno believes that the end of the internal combustion engine could very well be at hand. “I have a Tesla Model S. That’s the future. I predict a child born today, most likely by the time they’re 18, may not have ever ridden in an internal combustion car. I think electric will be the future,” he said.

One thing that makes the host optimistic is the continued improvements that are being adopted by electric car makers such as Tesla. Leno owns a 1909 Baker Electric, a once-popular electric car that actually had a very decent range of 80 miles per charge (higher than a first-generation Nissan Leaf). The host states that notable improvements in battery tech have only really kicked off in recent years, with vehicles such as Tesla’s electric cars boasting hundreds of miles per charge. For the car aficionado, these improvements are but the beginning.

“It wasn’t until recently with new battery technology that you get hundreds and hundreds of miles (on a charge). I think we’ll see a thousand-mile range pretty soon,” Leno said.

Jay Leno has experienced what it feels like to ride in an electric car with 620 miles of range. In a segment of his show Jay Leno’s Garage last year, the host took a ride on the next-generation Tesla Roadster with Tesla Chief Designer Franz von Holzhausen, who gave a firsthand experience of the all-electric supercar’s raw acceleration. Launching from a dead stop and hitting 60 mph in 1.9 seconds, Leno proved enthusiastic, exclaiming that he would buy the vehicle when it gets released.

Leno has spoken out in support of Tesla in the past, even noting that he likes “the fact that Tesla is an American company, using American workers, using locally-sourced materials.” He also noted that he “never quite understood the negative vibes you sometimes get” when speaking in support of the electric car maker.

Watch Jay Leno’s take on electric cars in the video below.