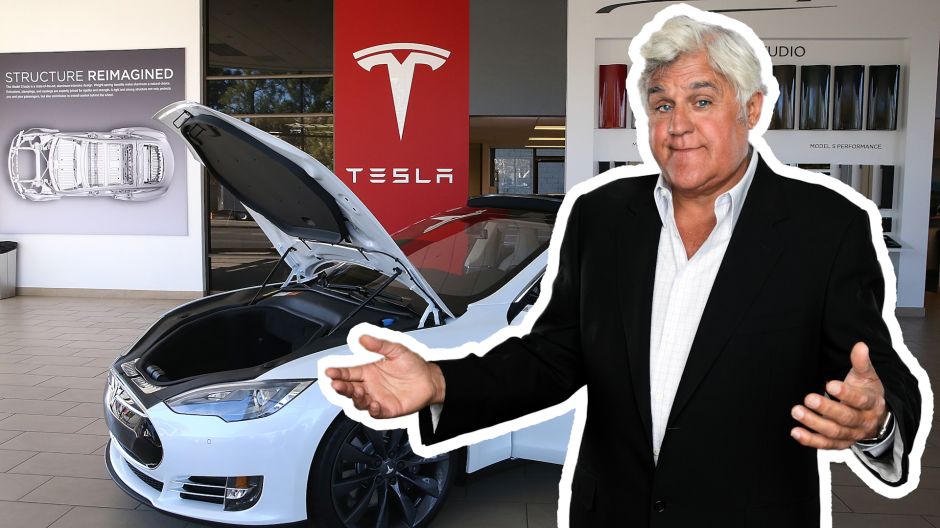 Veteran talk show host and iconic comedian Jay Leno knows a thing or two about cars. Before he made a name for himself on television, Leno had his start as a “lot boy” in a Ford dealership. His first forays into stand-up comedy were also supported by work he did at another auto dealership.

Now 68-years-old, Jay Leno is retired from regular TV work, but not from his passion for cars. He currently hosts Jay Leno’s Garage on CNBC, a show where he showcases vehicles that are unique and noteworthy. Among these were the Tesla Model S, which was featured back in a segment back in 2012, and more recently, the next-generation Tesla Roadster, which unleashed the iconic host’s inner child.

Being a veteran of the auto industry and a man who has interacted with thousands of vehicles during his long and storied career, Jay Leno’s views on the future of cars are something that deserves much consideration. Some of these were recently related in a segment of CNBC Make It, where Leno discussed what he believes the auto industry will be like 20 years from now, and how people would likely adapt to the emergence of self-driving technologies.

During the segment, Leno noted that vehicles would likely abandon the ignition key in 20 years. The veteran talk show host believes that the auto industry would probably transition to using systems similar to what Tesla is adopting today.

“I think you’ll lose the ignition key. That will be gone in 20 years. You just get in your car and either through your phone or some electronic device; it knows it’s you and you pull away, much like Tesla does now,” Leno said.

Leno believes that self-driving cars are indeed the future, though the transition to their widespread use will likely take some time. That said, the auto veteran noted that the reservations of people over self-driving technologies are similar to the pushback the car industry felt when it was introducing features that have now become standard.

“It’s not like all of a sudden people flip over to self-driving cars. But it’s the same thing that happened when anti-lock brakes came out: People said, ‘I don’t want some computer doing the braking in my car. I want to step on my car.’ Or power steering: ‘I like to feel the road. I’m not going to get power steering.’ Well, all these things eventually become — well, they just get adapted to cars and you sort of move on.”

Ultimately, Leno believes that the shift of the auto industry towards autonomy and the emergence of companies like Tesla, which are as focused on software as they are on hardware, are bound to encounter some pushback. Leno compared the upcoming shift in the auto sector with the developments in life-saving medical procedures, particularly those that have triggered strong adverse reactions in the past.

“I can remember when Barney Clark, who was the world’s oldest living heart transplant, got a heart transplant. People were protesting: ‘You’re taking the heart from one man and putting it in another. It’s the work of the devil. It’s a horrible thing.’ Now heart transplants are as common as any other kind of medical procedure. So I think it just takes a while, but eventually it becomes evolutionary,” he said.

Jay Leno owns a Tesla himself, driving up to the company’s design center to experience the next-generation Roadster in his very own original Tesla Roadster. In previous interviews, Leno has openly expressed his support for the company, stating that he does not understand the overwhelming amount of flak that Tesla is receiving. The veteran host also aired his thoughts on some of the criticisms being directed towards Tesla, particularly around the federal tax credit being extended towards the company’s buyers.

“I do own a Tesla. I like them very much. I mean, I think it really is the future. I like the fact that Tesla is an American company, using American workers, using locally-sourced materials. So I never quite understand the negative vibes you sometimes get.