Tesla launches in Dubai with new showroom and service center

Tesla welcomed its first showroom in Dubai on Sheikh Zayed Road Wednesday night. The new state-of-the-art 17,000 square foot facility located near the Burj Khalifa and opposite to The Dubai Mall Metro Station also serves as a Tesla Service Center. The facility will service Tesla owners from across the UAE through the company’s recently announced improved service model.

The US-based electric car company showcased its award-winning Model S and Model X to attendees of the exclusive grand opening event. Interested buyers were able to place their deposits for Tesla’s flagship cars through an online design studio. Attendees were also given the opportunity to place a Dh4,000 (roughly $1,090) deposit to reserve a Model 3, which the company expects to deliver to the region in 2018.

Speaking to attendees at the event, Tesla director of new markets Peter Bardenfleth-Hansen said “We are here because you are making a huge difference,” as reported by The National. “The UAE has been a beacon. We want to accelerate the world towards a more sustainable future.” 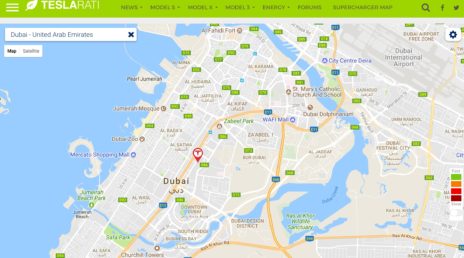 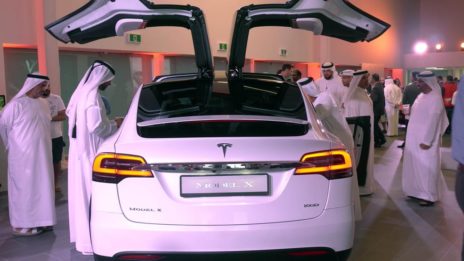 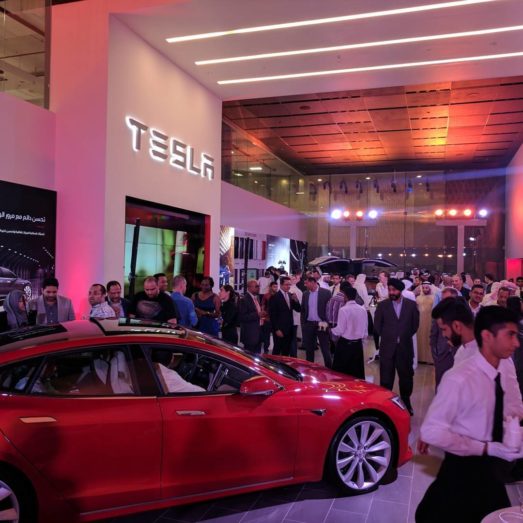 The new Dubai store marks the second showroom Tesla opened in the Middle East. The company announced its arrival in Jordan earlier this year, stating that the country was selected as a market due to its extensive interest and support for electric vehicles. “Last year, the Jordanian government made strong commitments to sustainable transportation. This, along with other interest from pioneering owners who have already imported Model S and Model X vehicles into the region, has highlighted a strong demand for the brand.” said Tesla at the time through an official press release.

Tesla currently has six Supercharger stations across the Middle East, with many more to come across Dubai and Jordan. According to Teslarati’s interactive charging map, there are 32 Tesla Destination Chargers also available, with more than a dozen Tesla chargers expected to come online by the end of the year.

Tesla launches in Dubai with new showroom and service center