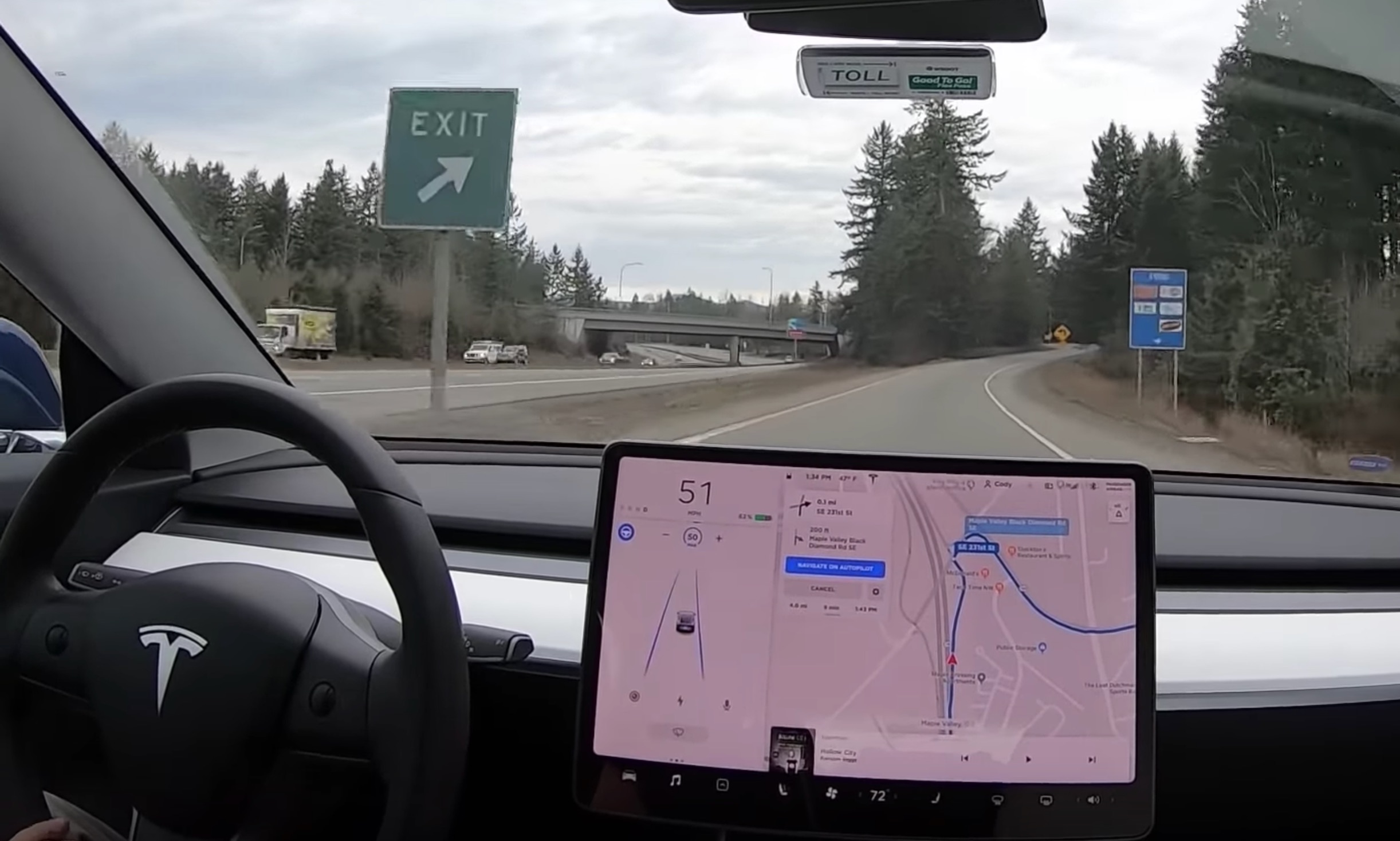 The current iterations of Tesla’s Navigate on Autopilot hint that the company’s plans for a Full-Self Driving Robotaxi future may not be that far away.

As Model 3 owner and YouTube channel host Cf Tesla shows, Autopilot doesn’t have a lot of trouble driving through 8 miles of city streets and three highways with zero intervention from the driver. Autopilot took over the steering wheel for a whole 45 minutes and 20 seconds before the driver had to take over. Cf Tesla’s Model 3 comes with the Full Self-Driving package and was in Mad Max mode during testing.

A closer look at the video shows the car drove smoothly through city streets for the first 16 minutes. During the time, the driver used the turn signal, telling the car to make a lane change, which it did on its own. Later, 22 minutes in, the car made a sharp 90-degree into the highway and had no problems navigating the freeway and taking the off-ramp as it exited into a second highway with Tesla’s driving-assist feature.

The experience was similar during the drive through the second and third highways. He noticed a few minor glitches, none of which made a difference in the driving experience. Cf Tesla says the car sometimes makes a lane change even if there’s no car in front of it and then goes back to the previous lane. The car also turns its blinker on when passing an exit, which may be attributed to a flaw in the mapping system.

Although it was not full self-driving since the car didn’t have to navigate a roundabout or stop at a stoplight, going 45 minutes on Autopilot without the driver having to do anything except for making a command to change lanes signifies that Tesla may be another step closer to a real autonomous driving experience.

“There’s so much to go in terms of actually being full self-driving, but come on, 45 minutes? That’s a long time to go without having to actually steer or use the brake or the accelerator myself, blinkers, all of that. That’s pretty cool. That’s the closest I’ve ever been to a full self-driving car,” says Cf Tesla.

At Tesla’s Q3 2019 earnings call, Elon Musk predicted that Tesla will be releasing a feature-complete FSD suite to members of its early access program by the end of 2019. Tesla vehicles equipped with FSD will be able to recognize stop signs, stoplights, and other road markings encountered during city driving. Musk clarified that while a feature-complete FSD will be able to drive the car from one destination to the other without the driver having to intervene, the driver will still be required to keep a close eye on the car.

When asked earlier this year when a feature-complete FSD is coming out, the Tesla chief only had one word to say: “Soon.”