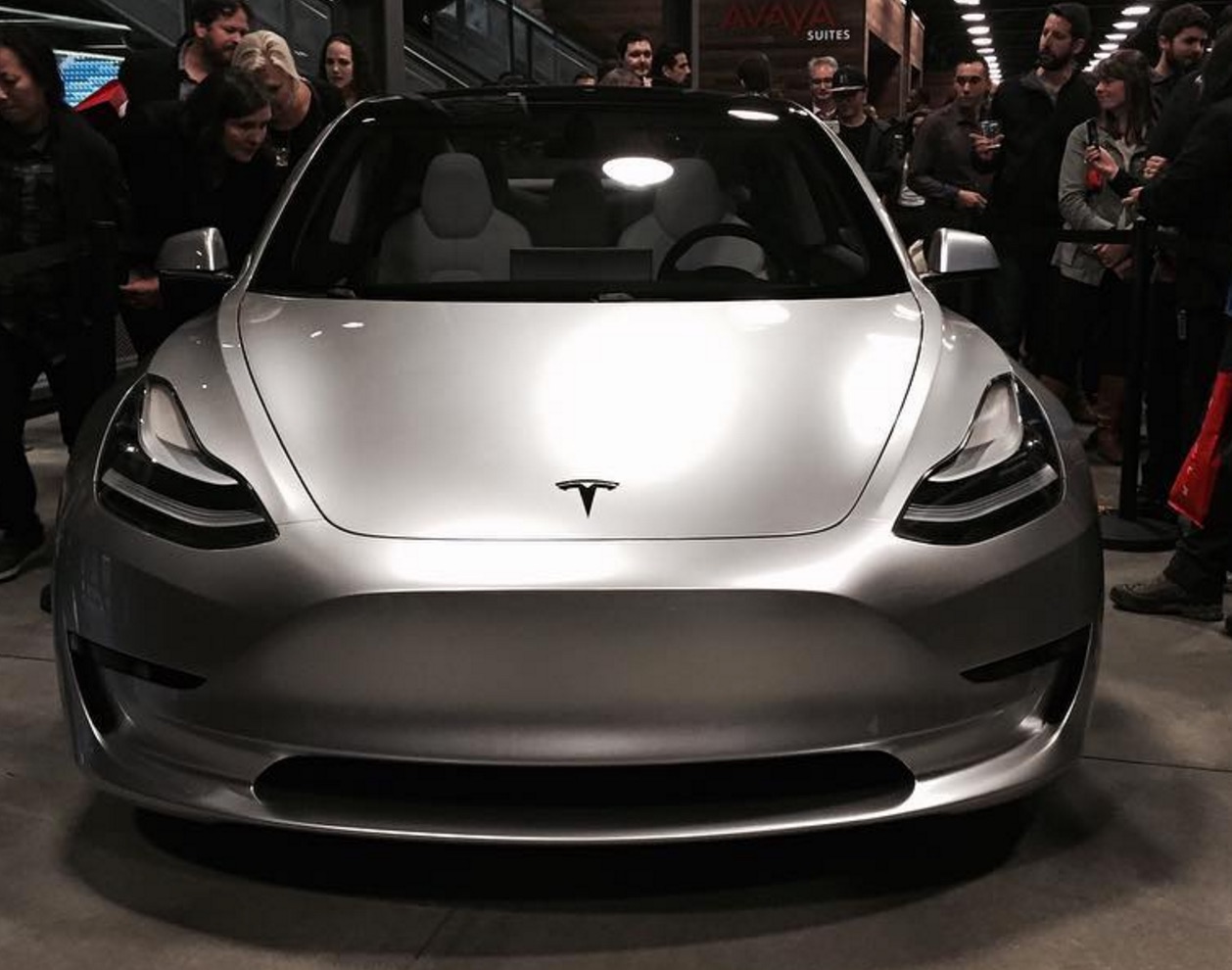 The Tesla Model 3 will reach a pinnacle of excitement and hype in 2017, with projected international pricing and production scheduled to begin mid-year. These are important times for Tesla, as the Model 3 is the vehicle that CEO Elon Musk envisioned with his original Master Plan.

A new audience for Tesla

A minimum of 215 miles of range per single charge. Under 6 seconds: Zero to 60 mph. Seating for 5 adults. Designed to achieve 5-star safety rating. Autopilot hardware. Supercharging capable. Musk has said that “you will not be able to buy a better car for $35,000,” while also indicating that options will bring the typical price of a Model 3 to about $42,000.

All indications are that the Model 3 will be a four-door sedan that’s a bit smaller than the Tesla Model S. Likely comparable cars are the BMW 3 Series, Jaguar XE, and Mercedes C-Class. Those models are no mid-range Hondas or Hyundais, no Nissan Versas or Chevy Sparks with base prices under $15,000. So the Model 3 will have an upscale audience but not the mass public— at least not yet.

So, yes, it’s nice to see another Tesla vehicle coming to market, but aside of that, what’s so significant about the Model 3?

The Tesla Master Plan as embodied in the Model 3

Over a decade ago, Musk announced that Tesla’s long term plan was to build a wide range of vehicles, including affordably priced family cars. This was part of a larger goal to help expedite the move from a “mine-and-burn hydrocarbon economy towards a solar electric economy.” Most electricity is produced at an electric power plant where some fuel source, such as coal, oil, natural gas, or nuclear energy, produces heat that boils water to create steam. The steam, under high pressure, is used to spin a turbine. Centralized electricity, then, frequently perpetuates reliance on fossil fuels. Recent anthropogenic emissions of greenhouse gases from fossil fuels are the highest in history, and climate changes have had widespread impacts on human and natural systems. When we reduce our reliance on fossil-fuels, we can decrease the proportion of greenhouse gases in the atmosphere. Human activity, after all, has contributed to anthropogenic climate change.

What’s the Model 3 got to do with all this?

The important distinction to note here is between electric vehicles powered from a centralized grid and electric vehicles powered by decentralized solar energy. When combined with a modestly sized and priced solar panel from SolarCity — the Tesla-owned solar service provider — a Model 3 consumer can draw upon decentralized energy. When energy is produced close to where it will be used, rather than at a large plant elsewhere and sent through the national grid, a Tesla consumer reduces carbon emissions and contributes to a greener climate and economy.

The Model 3 will bring the capacity to become relatively energy independent to a whole new segment of society. Tesla’s reconceptualization of a transportation and electricity generation linkage will become increasingly apparent and important in 2017 as the Model 3 comes closer to our city streets.

The triad of Model 3 electric vehicle, solar roof, and Powerwall 2

In addition to ramping up Model 3 production, Tesla’s engineering teams will work in conjunction with Panasonic to set manufacturing at SolarCity’s Buffalo plant in 2017. That is the starting point for SolarCity solar roof products. The result? Solar cells, solar modules, and solar roof tiles.

Here’s how it works. A residence can capture the sun’s free, abundant energy source through rooftop solar tiles, turning sunlight into electricity for immediate use. Tesla’s solar roof tiles will be designed in four different and very appealing styles. Once the Jones family gets these solar roof tiles, so, too, will the Smiths want them. You see where this is going…

And there’s more to the solar roof tiles than merely converting sunlight. That sunlight-turned-electricity can be stored in a Powerwall 2 home battery pack. In early 2017, Tesla will initiate the first deliveries and installations of the Powerwall 2, which is being produced at the Gigafactory in Nevada. The Powerwall 2 can power an average two-bedroom home for a full day.

It can also be used to fire up your Model 3.

So, let’s review. Solar produces zero carbon emissions and reduces dependence on fossil fuels. The Model 3 electric vehicle is priced to meet the needs of an entirely new market. That market will be able to use solar roof tiles to turn sunlight into electricity, and the Powerwall 2 will store electricity that can, in turn, power up the Model 3. By matching Tesla solar roof tiles with the Powerwall to power your Model 3, you can extend the environmental and cost benefits of solar energy.

This is big stuff, and it’s clearly been under-reported. The Model 3 has the capacity to have huge consequences on the way the typical U.S. consumer considers electricity generation and transportation alternative. It’s Tesla in the lead, all over again.