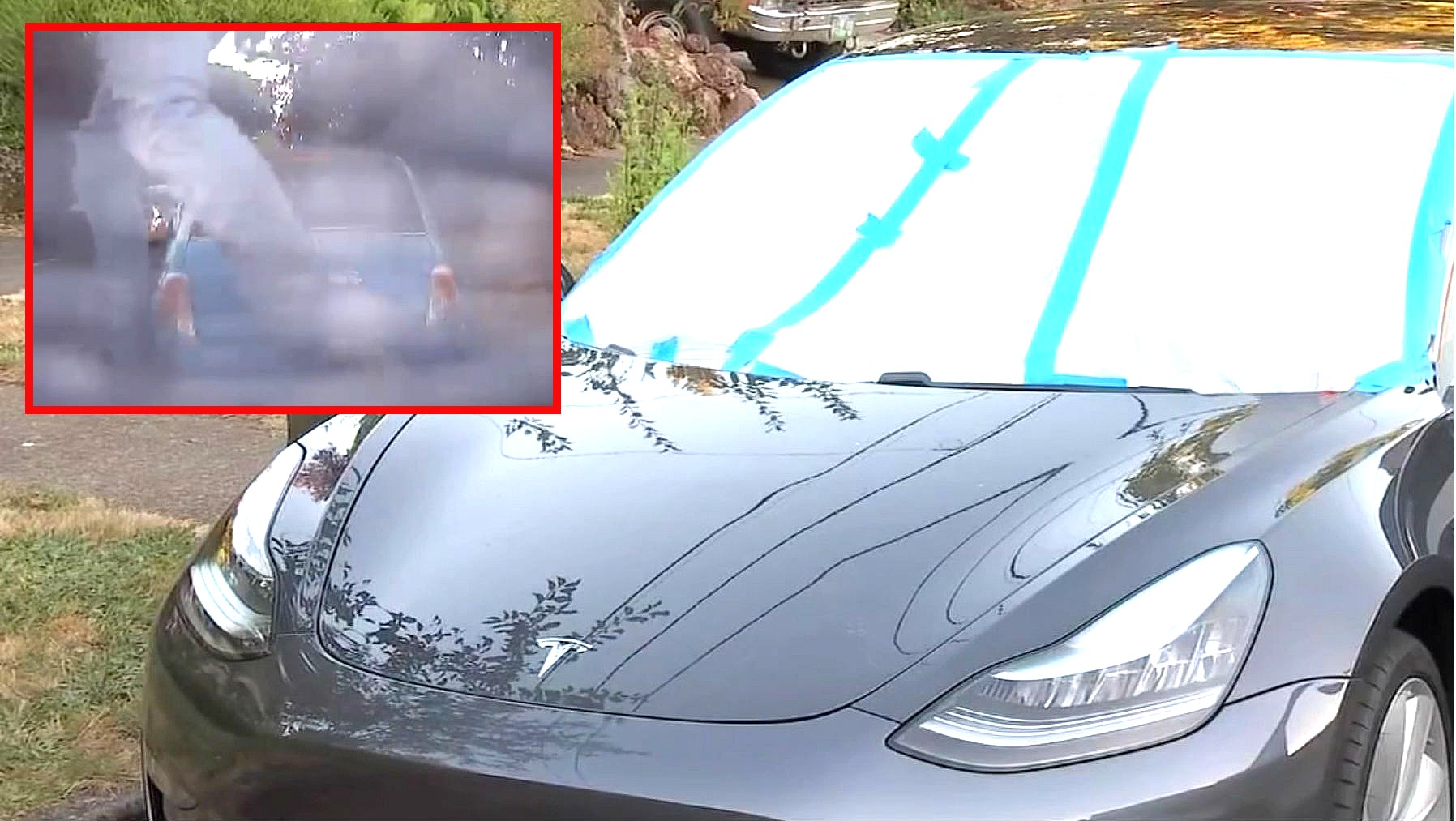 A Tesla owner is thanking his vehicle’s built-in dashcam feature for capturing what could only be described as one of the strangest attacks against a Model 3 to date. The incident, which involved a man smashing the electric sedan’s windshield by jumping on it, occurred at Southeast 36th and Schiller Street at Portland, OR on Thursday morning.

Toby Wickwire, the owner of the two-week-old Midnight Silver Model 3, noted in a statement to Fox 12 Oregon that he found the whole incident pretty shocking. As could be seen in the Model 3’s dashcam video, the vandal seemed to be surveying the area before sprinting towards the electric car, running up its hood, and jumping hard on its windshield. The impact was enough to smash the Model 3’s windshield, triggering the car’s alarm in the process.

While the incident resulted in his brand new Tesla getting damaged, Wickwire stated that he remains thankful nonetheless. Speaking to the news agency, the Model 3 owner noted that without his vehicle’s built-in dashcam, there would have been no way to determine the culprit’s identity.

“I didn’t know that you could do that. Kinda shocking to me, that you can just jump on a windshield and completely cave it in. I’m so glad I got this footage because other people don’t have video of this guy. There would have been no chance of finding out who it was,” he said.

Wickwire posted about the strange attack on his Model 3 online, and he was notably surprised to discover that other vehicles in his area fell victim to similar attacks at around the same time. Local police are yet to confirm if the vehicle attacks were related, but for the Model 3 owner, he is at least thankful that he set up his electric car’s built-in dashcam a week ago.

While Teslas have attracted their own fair share of strange vandals and road rage in the past, the Silicon Valley-based company’s vehicles are nonetheless among the least likely cars to be stolen in the United States. According to the Highway Loss Data Institute, the Tesla Model S and Model X are nearly 90% less likely to be stolen than the average car. This is possibly due to several factors, including the fact that most Teslas are charged overnight in their owner’s garages, as well as their suite of safety features including PIN to Drive and Sentry Mode.

Watch a video of the strange Tesla Model 3 attack in the video below.