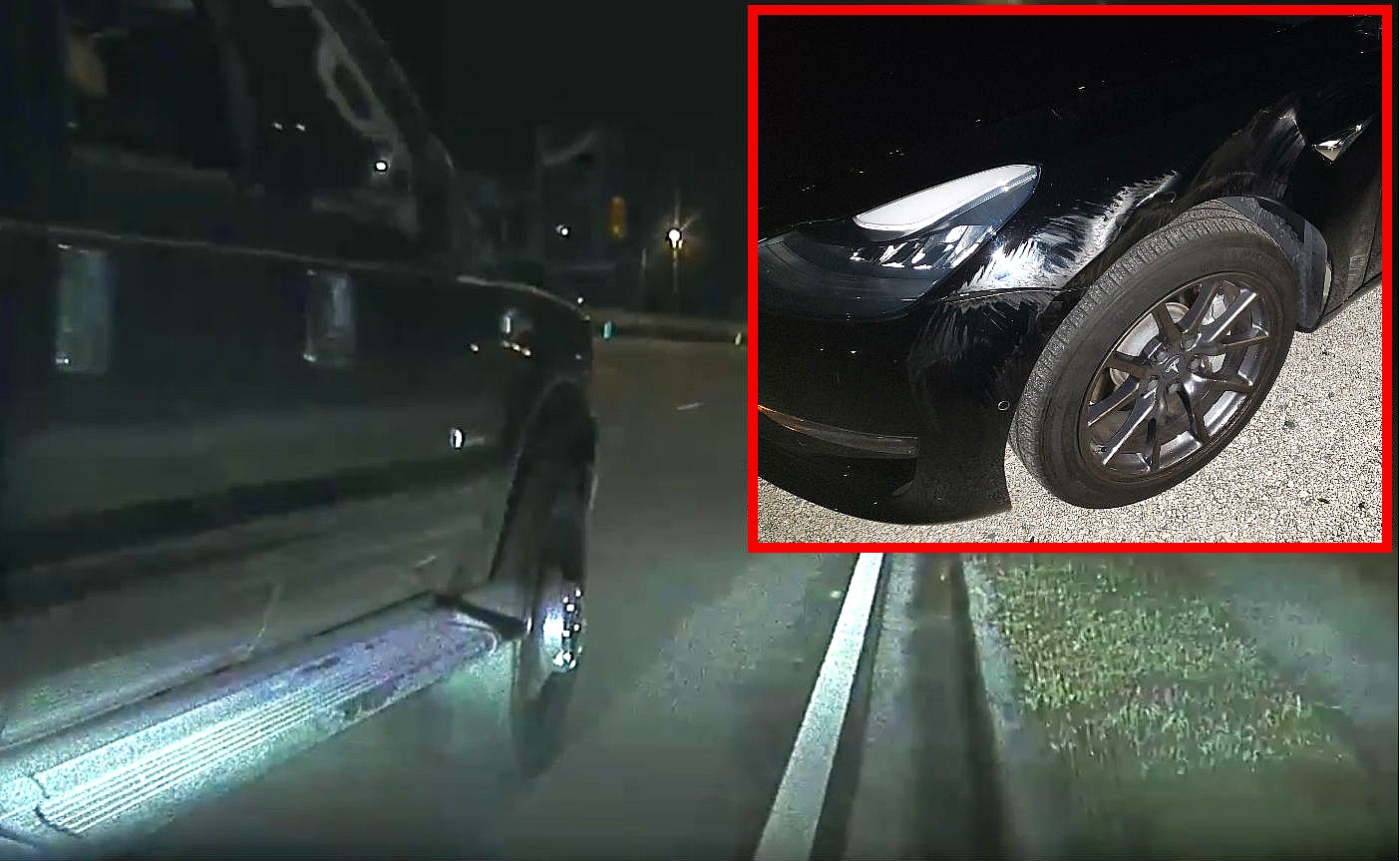 A Tesla Model 3 owner was recently involved in a harrowing hit-and-run incident with a Ford F-350. While the driver of the massive truck drove away from the scene of the crash, recordings from the Model 3’s built-in dashcam helped ensure that the incident will have a justified resolution.

The roads were mostly empty when Tesla owner and r/TeslaMotors subreddit member u/thinkharderest and his wife were driving in Clearwater, FL at 3:47 a.m. last week. The couple expected the drive to be calm and uneventful, especially considering the time. Unfortunately for the couple, something unpleasant was waiting for them in the form of a Ford F-350 being driven by what appeared to be a drunk driver.

As could be seen in videos from the Model 3’s built-in dashcam, the Ford F-350 was traveling at high speed, and it didn’t take long before it cut in front of the electric sedan. The maneuver caused the truck to smash into the front fender of the Model 3, and the electric car spun out as a result. The truck driver continued driving, almost as if its driver did not notice that he crashed into another vehicle.

Fortunately for the Model 3, the roads were empty when the incident happened, allowing it to escape any more damages than it could have received had there been other vehicles on the road. True to its stellar 5-Star Safety Rating from the NHTSA and the Euro NCAP, the Model 3 weathered the crash impressively, protecting both its passengers.

Thanks to some clever sleuthing using the footage from the Model 3’s built-in dashcam, the Tesla owner was able to identify the vehicle that struck him as a 2006 Ford F-350 Super Duty pickup truck with South Carolina plates. With this information in hand, the electric car’s insurance company was quickly able to contact the insurance provider of the pickup truck driver. Needless to say, the pickup truck driver was declared to be at fault.

Tesla’s built-in dashcam feature has helped drivers find some resolution, and at some instances, even justice, after unfortunate incidents on the road. In a rather similar incident, a Tesla Model X owner driving with his son on a casual 4th of July drive encountered a reckless Ford F-150 driver, who proceeded to cut and crash into the all-electric SUV. Thanks to the dashcam video from the Model X, the driver of the Ford F-150 was promptly identified, and later arrested.

Watch the harrowing hit-and-run involving a Tesla Model 3 and a Ford F-350 in the video below.