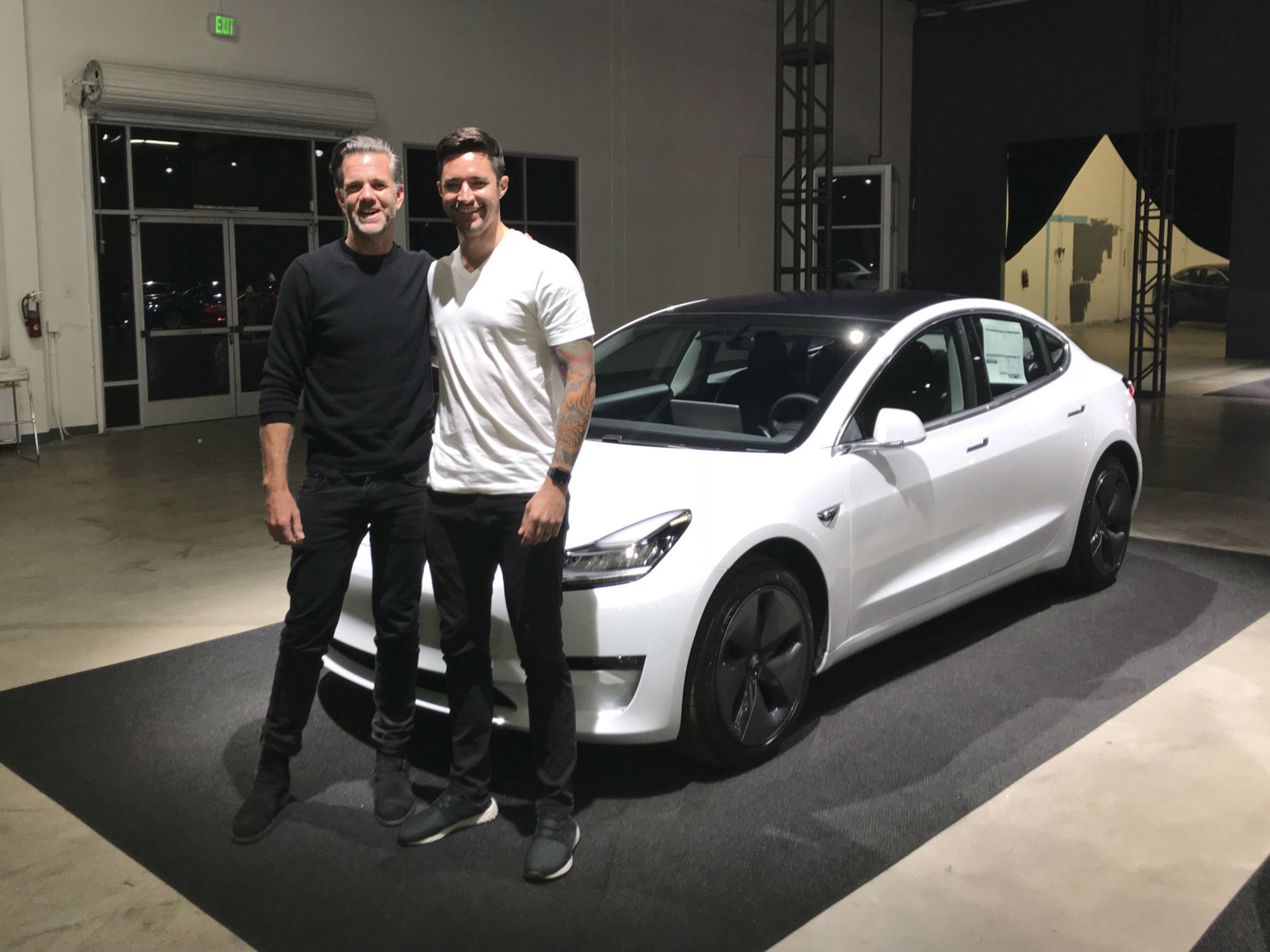 Tesla Chief Designer Franz von Holzhausen gave the ultimate surprise after personally delivering a Model 3 to its new owner on the day of vehicle pickup. The story, shared by Tesla Motors Club member Andre Mercier, involved the Tesla executive making a random visit to the Marina Del Rey delivery center and personally delivering a Model 3 to a delighted and excited would-be owner.

According to Andre, he went over to the Marina Del Rey delivery center last week, where he was looking forward to receiving his white Model 3 with Aero Wheels. As soon as he finished signing the paperwork for his electric car, one of the delivery center’s employees quipped that “Franz (was) going to take him to the car.” The new owner candidly admitted that at first, he thought there was probably just a delivery specialist in the Marina Del Rey center named Franz.

“Franz, as in, von Holzhausen?! The man who designed every Tesla since the Model S?! That would be amazing, but that can’t be right. There must just be another delivery specialist here named Franz,” Andre wrote on the Tesla Motors Club forum.

His skepticism turned into surprise, and later, excitement, however, when the Franz von Holzhausen showed up, shook hands with him, and walked him to his car. Here are some pictures from the Model 3 special delivery. 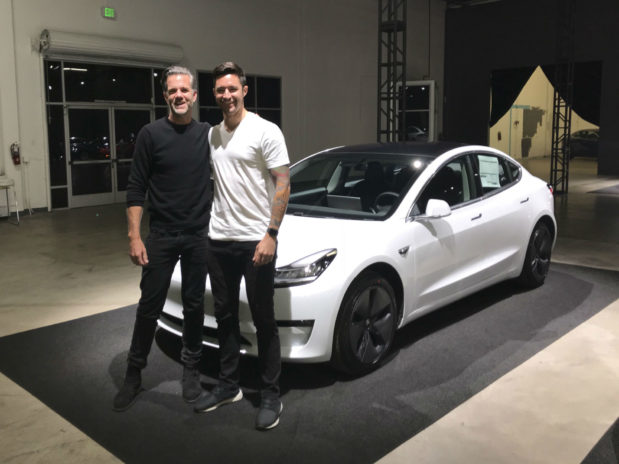 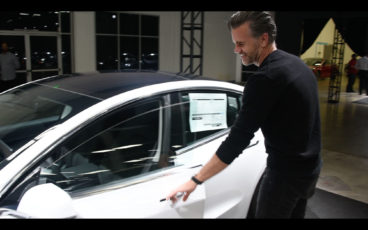 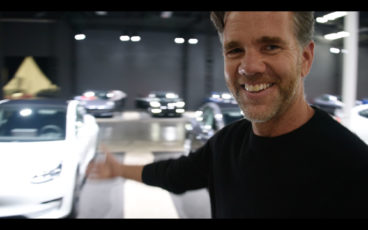 Shared with permission from Andre

According to the Tesla fan, Franz took a lot of time explaining the features of the electric car to him, with Tesla’s Chief Designer spending roughly 45 minutes giving a thorough tutorial of the Model 3’s features. Andre stated that he eventually asked Franz to sign his car’s dashboard, but the designer declined, saying that it was “way too beautiful” for him to write on. Franz opted to sign the Model 3’s sunshade and the case of the 1:43 die-cast giveaway instead.

There are many reasons why Tesla’s supporters love the company. One of these, however, is definitely the down-to-earth nature of its executives. Last month, a member of the r/TeslaMotors subreddit noted how he met JB Straubel, Tesla’s Chief Technical Officer, by accident. During their brief conversation, the executive simply introduced himself as an “engineer” who works on Tesla’s electric cars.

As we noted in a report back in January, Franz von Holzhausen also gave Dr. Matthew Chan, a Tesla advocate fighting cancer, an extended meet-and-greet and a personalized tour of the Fremont factory. During the visit, which was organized through the Tesla community’s efforts, the Chief Designer spent an hour conversing with Dr. Chan, before taking him for a test drive on a Model 3. The cancer warrior’s tour also included an unexpected meet-and-greet with CEO Elon Musk, who politely spoke with Dr. Chan before heading into the factory.