Elon Musk just shared a picture of a real “Teslaquila” bottle on his personal Instagram page.

References to Teslaquila were first mentioned by Musk on April 1, when the Tesla CEO decided to pull a prank on Twitter. Musk’s dark-humored April Fool’s joke featured an announcement saying that Tesla has gone bankrupt. According to one of Musk’s tweets, he was found passed out against a Model 3 and surrounded by “Teslaquila” bottles. Musk coupled his tweets with an image of him holding a torn cardboard box of a Tesla Wall Connector with the words “Bankwupt!” written on it.

Elon was found passed out against a Tesla Model 3, surrounded by "Teslaquilla" bottles, the tracks of dried tears still visible on his cheeks.

This is not a forward-looking statement, because, obviously, what's the point?

The mention of a Tesla-branded alcoholic beverage was received with excitement by Musk’s followers, many of whom called on the executive to make the product a reality. Showing his trademark wit, Musk stated that Teslaquila will really be happening, and that it would be offered as part of Tesla’s merchandise soon. Musk even added another dash of humor, saying that there will be free Teslaquila shots in Tesla showrooms every April 1.

Based on Musk’s recently-shared Instagram image, Teslaquila bottles would contain 40% alcohol, which is standard for the beverage. The label also states that Teslaquila comes in a 750ml dose, which would provide a healthy number of Tequila shots for Tesla fans.

Teslaquila actually follows a tradition of Elon Musk-inspired beverage. Back in 2016, SpaceX released the SpaceX wine for the holiday season, which included a lighthearted message wishing “many happy returns.” Our Teslarati Space reporter, Eric Ralph, provided us with an image of this equally special alcoholic beverage. 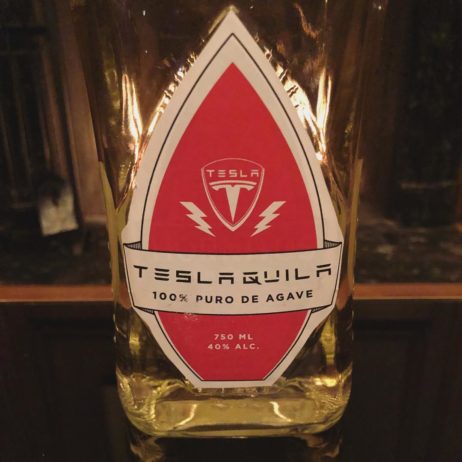 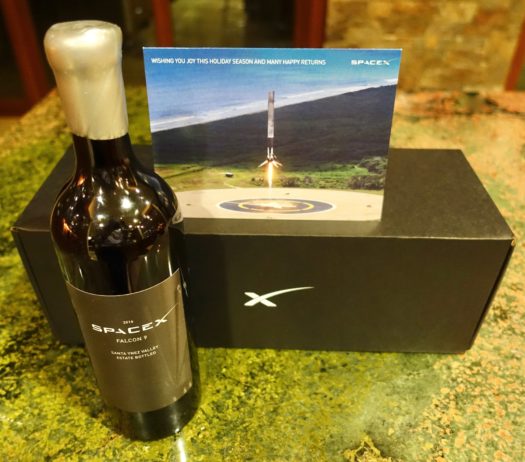 Musk’s image of his Teslaquila bottle comes amid Tesla’s apparent rebound in the stock market after the release of the company’s Q1 2018 production and deliveries report. As we noted yesterday, Tesla posted a 40% increase in production from Q4 2017. The production rate for the Model 3 also revealed a fourfold growth over the past quarter. Deliveries hit new levels during the first three months of 2018 as well, with Tesla delivering 29,980 vehicles in total during Q1. Among this number, 8,180 were Model 3.

Perhaps more importantly, however, Tesla announced that it was able to hit a production rate of 2,020 Model 3 in a seven-day period. The Elon Musk-led company also stated that it would not require an equity or debt raise this year, apart from standard credit lines. These developments appeared to have helped Tesla’s shares recover from a 52-week low last week. By the end of Tuesday’s trading, $TSLA was trading up 5.96% at $267.53 per share.

In a series of tweets a day before the release of its first-quarter reports, Musk stated that he and Doug Field, Tesla’s Senior VP for Engineering, are adopting a “divide and conquer” strategy to improve Model 3 production.

“About a year ago, I asked Doug to manage both engineering & production. He agreed that Tesla needed eng & prod better aligned, so we don’t design cars that are crazy hard to build. Right now, tho, better to divide & conquer, so I’m back to sleeping at factory. Car biz is hell,” Musk wrote.

Considering what appears to be a rebound of Tesla’s shares in the stock market and improving rates of Model 3 production, it seems like a good bottle of Teslaquila might be in order for Elon Musk and the Tesla team.