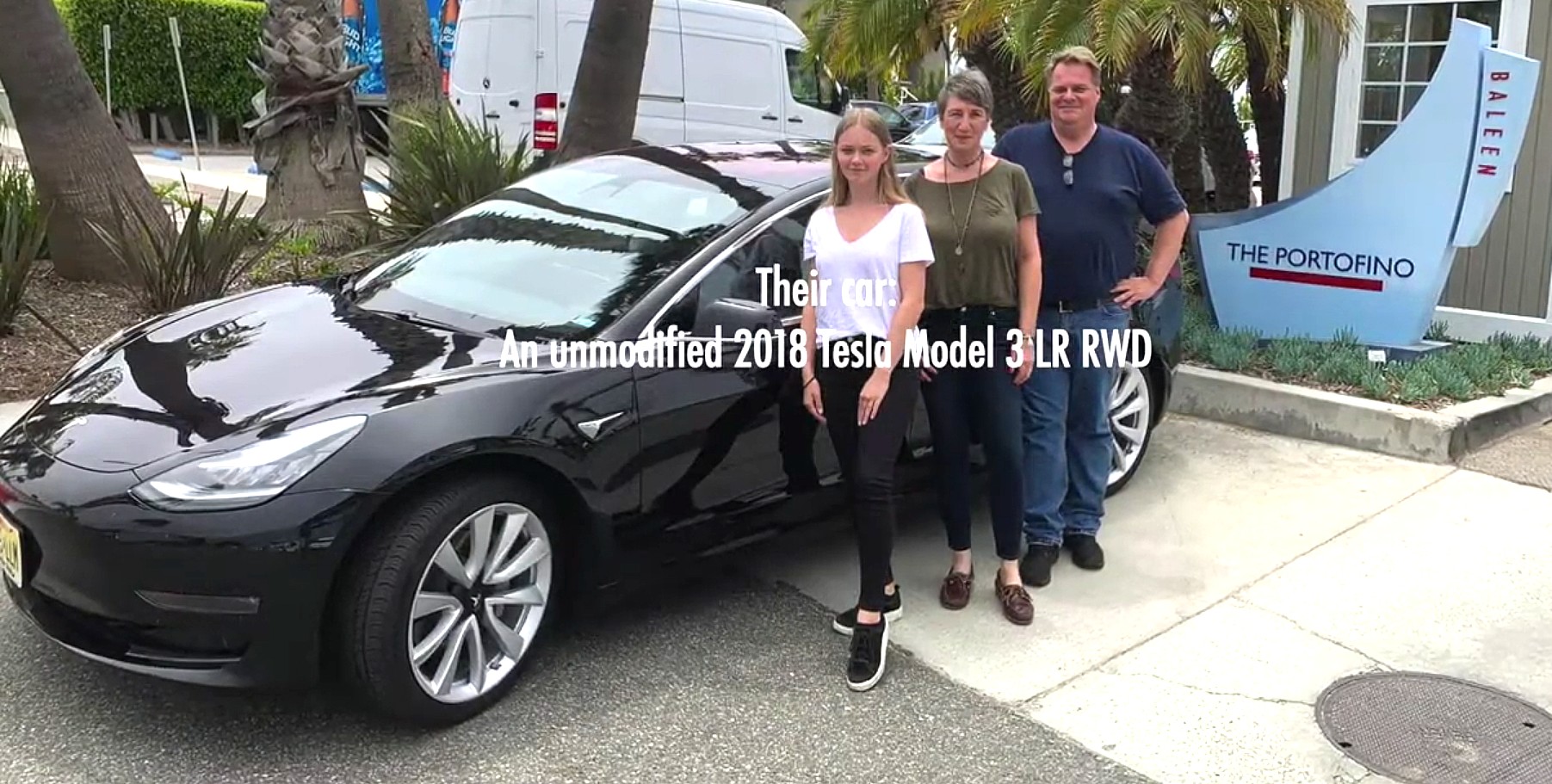 A Swiss family on vacation in the United States recently set a new EV Cannonball Run record, completing a journey from the Red Ball Garage in NYC to the Portofino Hotel in Redondo Beach, CA, in 48 hours 10 minutes. The feat was accomplished in an unmodified 2018 Model 3 Long Range RWD equipped with Tesla’s 19″ Sport Wheels.

The Thomsen family are longtime Tesla owners, having owned several of the company’s vehicles since 2012. While planning their 2019 vacation in the US, the idea of an epic road trip came up. It did not take long before the family decided to conduct an EV Cannonball Run instead.

The “team” for the EV Cannonball Run was comprised of Lars Thomsen, a future researcher and lecturer, his wife, musician-entrepreneur Betty Legler, and their daughter, Robin, who just received her driver’s license two weeks before the US trip. Interestingly, the Model 3 that the family used was purchased in January 2018, used in Europe between May 2018 and June 2019, then reimported to the US on June 2019.

The family started the 2,835-mile trip in New York City at the Red Ball Garage on 31st and 3rd Avenue on Friday, July 12 at 11:02 pm EDT. Being a family road trip, the Thomsens kept the vehicle’s creature comforts on throughout the entire duration of the journey. The temperature inside the Model 3’s cabin was set at around 70 degrees, and the AC was on 100% of the way. The car also carried about 840 lbs (380 kg) of payload, comprised of its three passengers, luggage and supplies.

Over the course of the trip, the Thomsens averaged a speed of 58.9 mph (94.8 km/h), and stopped 19 times to charge at Tesla Superchargers. The trip also consumed a total of 832 kWh of energy, averaging 293 Wh/mi (182 Wh/km). It should be noted that while all three members of the family took turns behind the wheel of the Model 3, Tesla’s Autopilot driver-assist system, as well as its Navigate on Autopilot feature, took care of the overwhelming majority of the driving in the trip. The Thomsens arrived at the Portofino Hotel in Redondo Beach at 08:12 pm PDT on Sunday, July 14, making the over 2,800-mile journey a 48-hour 10-minute trip.

The Swiss family’s record-setting trip beat the previous EV Cannonball Run record, which was achieved on December 2017 in a Tesla Model 3 LR RWD with 18″ Aero Wheels. The journey, which was pulled off by automotive journalist Alex Roy and the vehicle’s owner, Daniel Zorrilla, was completed in 50 hours, 16 minutes. It should be noted that Roy and Zorilla’s EV Cannonball Run run was conducted in the dead of winter, which, as the automotive journalist candidly admitted in his Twitter updates during the trip, affected the electric car and its occupants.

Watch a time-lapse of the Thomsen family’s record-setting EV Cannonball Run in the video below.