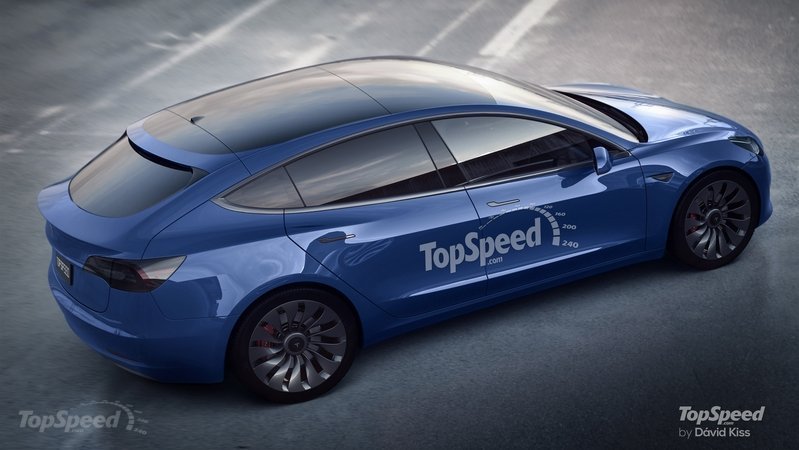 Many people think the Model 3 would be better as a hatchback instead of sedan. Top Speed has created a digital concept of what such a car might look like. Ever since Tesla unveiled the Model 3 on March 31, media outlets have criticized the design as having too small of a trunk opening. The widespread critique had Elon take to Twitter and defend Tesla’s position that there’s a reason for the Model 3 trunk design.

@CmaxVs Only way to get enough rear passenger headroom was to move the rear roof cross-car support beam. A bike will still fit no problem.

But what if Tesla completely scrapped the all-glass panoramic roof design for a Model 3 hatchback instead?

The folks at Top Speed put their digital artistry skills to good use and created a rendition of what a Tesla Model 3 hatchback just might look like. As the publication points out, the main draw to having a hatchback is its superior ease of access and its storage capacity over traditional trunk designs. This is the same reason why SUVs and crossovers are the hottest segment of the car market worldwide while sales of sedans are declining. 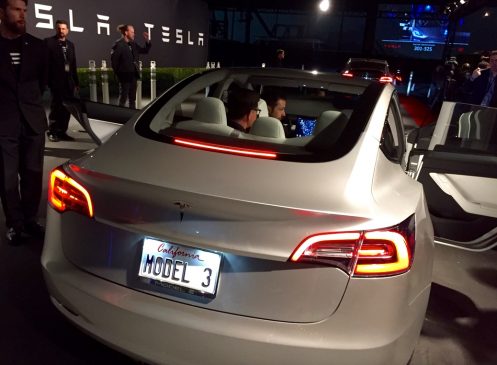 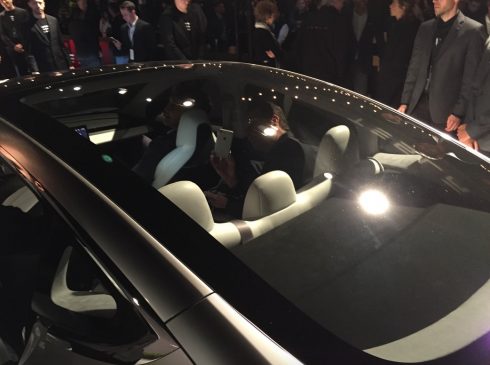 The Top Speed rendering is appealing enough, though not as svelte as the Model 3 prototype seen at the unveiling event. If the rendering has any fault, it may be that it looks too much like the Mazda 3 hatchback – not surprising since Tesla’s chief designer Franz von Holzhausen once worked for Mazda before being tapped to design the Model S.

Tesla has hinted that various body styles can be built on the Model 3 chassis. Many expect an SUV type variant, complete with a version of the falcon wing doors from the Model X. Elon has even suggested a Tesla pickup truck may be in the company’s plans at some point.

Top Speed believes Tesla will need to offer the Model 3 in hatchback guise in order to compete in the most popular market segments. But with nearly 400,000 reservations received, Tesla still has time to gather feedback and figure out where it wants to go with its design.